Arranged marriages and the interesting men I got to meet

Being a display item in the Indian Arranged Marriage arena has been an incredibly humbling experience, bordering on disappointment. Getting rejected hurts less with each day. It’s a big league game. Everybody is carrying a checklist; just one strike against and you are out.

I started off with a checklist that read: interesting, intelligent, good looking, and chivalrous; and finally came down to: not a creep, not bossy, and not an idiot. But nonetheless I had my share of laughs, awe, and bewilderment.

I started off with a checklist that read: interesting, intelligent, good looking, and chivalrous; and finally came down to: not a creep, not bossy, and not an idiot.

The guy with the glasses

My eyes have a blue tint in the sclera (the white part of the eyeball is bluish because it is thin. Not a good thing).

I was supposed to meet the guy at a local coffee outlet.

Me: What? No. I have eyesight of 20/20. *repenting the statement immediately, as the guy is wearing glasses*

Me: That is sclera. Contact lenses are worn on – umm – the iris.

This was followed by an awkward silence with us staring into the void for a good 10 minutes. I was a tad put off by this awkward icebreaker but laughed my heart out after the meeting was over.

The guy who tried to prank me

We meet at a crepe outlet.

Guy goes and fetches something I’ve never eaten before.

Guy (thinking he is pranking me): Oh sorry! I forgot that you are vegan and got chicken crepes.

Me (pointing to red circle on box): Yes, they are chicken crepes.

Guy (flushing): OMG! I’m so sorry, they were supposed to be the mushroom ones.

Me: Yeah! The prank is on you. *hearty laugh*

The guy whose dad liked me

My batch-mate of 6 years sent me an ‘interest’ on a matrimonial website. When I messaged him on Facebook to confirm, he backed out. He said that his father manages the account and coincidentally stumbled on my profile (among thousands of profiles!).

He messaged me a day after to ask how I felt about him, since his father has anyway sent an interest. I replied, “PLEASE TELL YOUR FATHER, NO!”

He unfriended me in no time. What a chicken!

The guy who turned out to be my cousin

This has to be the most embarrassing incident ever.

My mother has an extended family. Her cousins are settled across various countries and so, I meet them once every 10 years or so (that too at weddings).

I got an interest on a matrimonial website, the guy was of my age, but the face looked somewhat familiar. His place of origin was the same as my mother’s so I got a bit curious. I tried but couldn’t remember him.

Next day I asked my mother who all are settled in XYZ country. He turned out to be my second cousin! And thanks to Instagram filters I couldn’t identify him even after having seen him in numerous posts on Facebook.

Related reading: There’s no such thing as a love marriage or an arranged marriage

The guy who had an ego 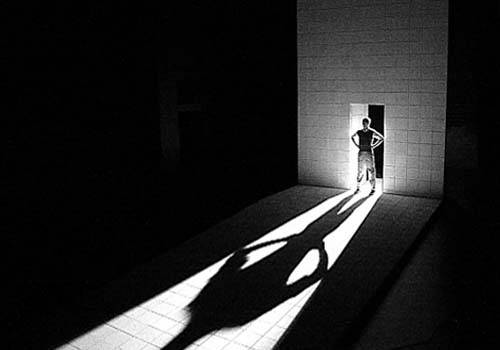 This incident spammed my email account with hate emails.

This guy sent me an interest on the matrimonial website. He worked at a very renowned firm as an analyst and had a decent profile.

He emailed me his details, and we did a Google Hangout. I found him shallow, sleazy and arrogant on the first chat itself. I didn’t respond to his later pings and declined his interest.

His ego was so badly hurt that he emailed me super long hate emails, quoting my superiority complex; that I’m a serial flirt, I waste men’s time, blah blah. I read two of them. Not only were they profane and demeaning, they kept on coming.

I had to create a filter to delete his emails. I have a linked mail account which I seldom check. Last time I checked he sent me 13 hate emails and in only a week since I declined his interest!

The guy who still missed his ex

The guy was soft spoken, good looking and we clicked on so many levels. Good so far. We chatted a few times and upgraded (?) to Facebook.

But, lo and behold, the guy had been grief-stricken for four long years after being dumped by his girlfriend. His Facebook timeline was filled with shayari of judaai.

So I asked him about wanting an arranged marriage, when he wasn’t yet over grieving, and he said that he was just being honest (yes, crying like a kitten on social media might be legitimate, but faking interest in somebody doesn’t show honesty).

I had to decline the interest.

Related reading: How long does it take to fall in love in an arranged marriage?

The guy who spoke jargon

Me *texts a smiley and laughs intestines out*

The guy with the job

Probably every girl/guy is working at a US based top MNC. I am not. I’m still not entirely sure of my chosen career path and still struggling with it a bit. 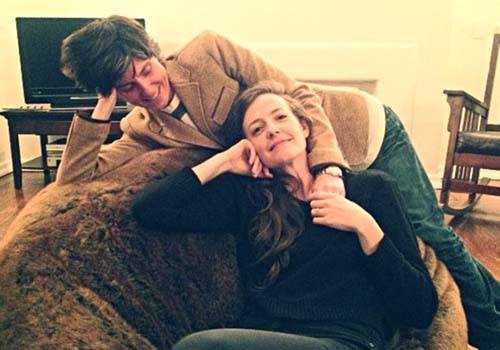 Me: So where do you work?

Guy: It’s a US based top MNC in Bangalore.

Guy: We have a broad clientele. We manage portfolios of ABC, XYZ companies. We conduct research, financial risk management …. *a big paragraph on WhatsApp* 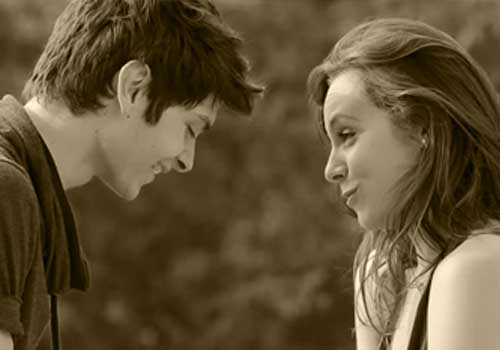 Me *amazed at the guy’s talent at tapping on a glass screen*: Wow! That’s huge.

Me: Oh! So where do you work, exactly? *expecting the name of employer*

I’m now very happily married to an amazing person who I fell in love with 🙂 Screw arranged marriage.

When he turned out to be my aunt’s neighbour, I gave him my mobile number

20 Qualities To Look For In A Husband

12 Signs Of Unconditional Love In A Relationship

Vidushi is an inbound marketer at Creative Owl . In her free time, she loves to travel, cook and pester her husband. Her spirit animal is a panda.