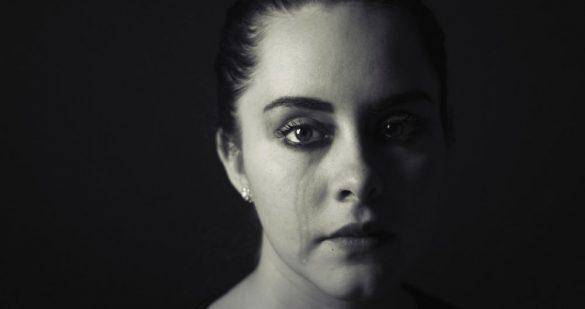 “Good Morning, ma’am.” She stepped into my office with a rare grace and a smile minus cheer.

I looked at her without obvious interest and pure intent of quickly running through this interview. She was the fourth candidate that day and it was almost lunch time.

Her resume informed me that she was twenty four years old and a graduate in commerce stream with two years of working experience in the Telecom industry. Her efforts at grooming were showing her in a positive light. I usually like to know the back story before I consider their application.

“You’re pretty and you know that”. I left my words hanging and saw her face dropped from a smile to a smirk.

“Thank you Ma’am, usually good looks is enough trouble that one needs in life”. I didn’t expect that from a young soul. I didn’t want to rush this anymore and she seemed more hungry for this than I was for food.

“It’s mentioned here that you’re married and you have a two year old, so what makes you cynical?” I was curious.

“Ma’am, I have a story to share and my story needs maverick ears. I feel, yours would bring solace.” Her selection of words were impressive. And then she spoke blunt.

“Four years back, I was this young strong and sensible person that I pretend to be today. I had joined telecom industry as a trainee and I met Suraj(name changed). He was my team leader and a very good one at that. I was instantly attracted to him. From where I come, girls are encouraged to show restrain and I had learnt my lessons. I never showed my feelings to him. Where as, after a week, he openly declared his love for me. I didn’t take him seriously and believed he was infatuated and would be wiser soon.” She was honest as a hornet.

“Time passed and I was doing well at my job and I was happy with my progress. On his part, Suraj didn’t miss an opportunity to show his persistency. By now, we were friends and he was someone I trusted and looked upto. He would wait for me to finish my shift and would insist on dropping me back home, weather conditions were no deterrent. If I was unwell and on leave he would come home and stay late by my side. He would bring gifts and spoil my family with his generosity. Everyone I knew loved him. How long could a girl resist such pure display of love?” She expected me to react to that and I didn’t.

“After a year and half, I accepted his proposal of marriage. We both belonged to two different communities but that didn’t matter, love towers all.” This is where her eyes started to twinkle.

“My family loved him but I had never been introduced to his family. He had always said they would not accept me as their own because of different religions. We soon got married in a small ceremony, without his family being involved.” I didn’t like the way her story was unfurling.

“He belonged to a family of farmers and lived in the outskirts of Kolkata. They had simple ways and didn’t know much about the ways of the new world. He had asked me to not contact them as they would never accept me and would cause trouble between us. I was in love and didn’t care much about anything else at that point. I continued to live with my family after marriage and he lived with us during weekends. He was the most loving and caring husband that was there on this planet.” My heart sank to a new low for her.

“After a year, I conceived and left my job. He supported my decision and promised to look after my expenses. And our son was born. My life was complete.” She didn’t seem happy saying that.

“After three years of our marriage, he shifted his job. His visits were reduced, he stopped taking care of expenses. When, I complained, he became rude and indifferent. We often fought and I was not able to accept the change in him. I blamed him and then I blamed myself.” This was probably the end of her story and I was glad that she had pulled herself together and now was looking out for a job.

“Life was bad but I was pulling on, I had my family beside me and I had my son. And then by chance, I came to learn from a common friend that my husband had remarried a senior from his office, a girl from his community with his parents approval. And he was living with her since last four months. The last time he had visited us was three months back.” Her words pinched me long.

“Do you know Ma’am, how that felt?” I didn’t know, I could only imagine.

“It felt equal to death. Once you die, your pain ends and your strength returns. So, I picked my pieces, made them presentable and am trying to build myself. I don’t need revenge. I don’t need him. I need myself and my son needs me.”

She\'s a woman first, a wife, a mom next, a business woman by profession, owns and manages a L\'oreal Professional Unisex Salon in Kolkata, a Bridal makeup artist by hobby and she is a creative blogger by choice. Two of her short stories were published in an anthology called Ripples in 2010. Some of her work also found place in Indian Chicken soup series, Woman\'s Era, Jetset, Sun, Alive etc.

Women are always stronger and can face life as it comes.. even with the pain in the heart.

That’s beautiful thank you Gulshan for reading this

Everyone has bumps, bruises, and pains in life, right?

Things happen that are outside our control, and it’s up to each one of us to decide how these experiences shape us.
People learn from aches, grow and move on! That’s life…
Beautifully penned, as always!

Thank you Di always a pleasure to have you here 🙂

Nicely put. Pain can pull you down or make you stronger. Good luck

Thanks Anagha for your time felt good 🙂

Well written pain always give u the strength

Thank you Monica for reading this and yes what you say 🙂

Pink is the New Red! Celebrity Brides In Pink Lehengas

Romantic French Phrases And Words To Impress Your Significant Other