Crimes of passion – When anger takes over the mind! 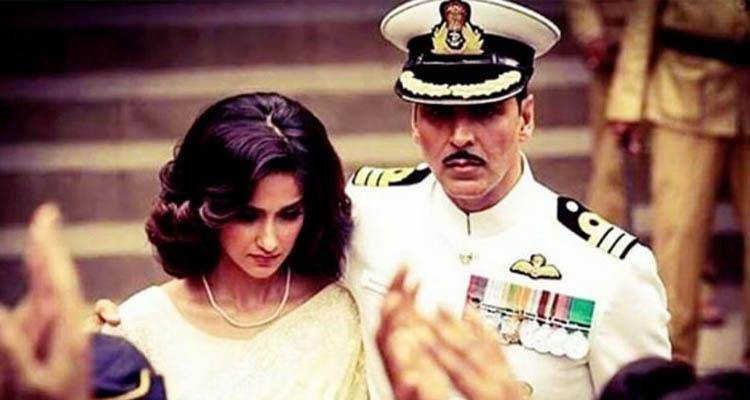 Crimes committed in the heat of the moment

Neha was a happy, devoted wife, looking after home and in-laws and maintaining the social status of her husband in the parties where he showcased her. But having no children in 7 years of marriage had taken its toll in their relationship and he resorted to an occasional hit or slap along with his acrimony.

While her husband kept himself busy with tours, Neha tried to find solace in the virtual world, where she met her college friend cum crush who happened to be living in the same city. Their chats changed into endless talks on phone and his every compliment embraced her mind for the rest of the day. Her emotional void made her crave his attention and she considered his demands as her obligation. Unfortunately, one fateful day her husband walked in and found her in flagrante delicto with this guy, grabbed a chopping knife and stabbed Neha. Her parents had urged her to try and work on the marriage despite the abuse and now this murder was classified as an impulsive crime of passion.

Related reading: One of your married couple friends is having an affair; should you tell their spouse?

She helped him get rid of the body

Most of us remember that chilling news of May 2008. Naval officer Emile Jerome Mathew walked into the apartment of his fiancée, Maria Susairaj (a small-time actress) and killed media executive Neeraj Grover after he found him there. Jerome and Maria, according to sources, chopped Grover’s body into pieces and disposed of them through a well-executed plan, carried out almost with military precision. The crime of passion brought a sentence of 10 years for Mathew and 3 for Susairaj.

Another very famous case that India can’t forget was the Nanavati trial, India’s first upper-class gripping tale of love and honour which was India’s last trial by jury. Kawas Nanavati was a decorated Indian Naval Officer living in Mumbai with his English wife, Sylvia, and their two children. She was a perfect daughter-in-law and doting mother. But the prolonged absence of her husband made her vulnerable to the charms of Prem Ahuja. She began an affair and when she spilled the beans about it to Nanavati, he confronted Ahuja and shot him dead with three shots. The case is still controversial because of the judgement that found him innocent, influenced by morality, patriotism and communal pride. Related reading: The dark side of close relationships

The thread that binds the crimes listed above is that they’re labelled as ‘crimes of passion’. Here, passion is not being romantically involved, but overpowering emotions that cloud the rationality and push a person to break the law and commit crimes. Lombroso, the father of criminology, introduced this term, stating that female criminals are more involved in crimes of passion than males. But recent statistics indicate an increased use of ‘passion’ or heat-of-moment for any murder or homicide by males, especially in the domestic setup or sexual relationships.

Supercop Kiran Bedi explains that such crimes of passion have always been there and prisons are full of men and women who have committed such crimes, like a rejected lover throwing acid on his lover or a woman filled with jealousy running her car over a person with intention to hurt. It has become a pointer to a deeper malaise in the society.

A matter of controlling your impulses

The most common reasons for these are jealousy, revenge, fear and anger. An emotionally charged situation can push a law abiding individual, an almost perfect family man, to act impulsively, ignoring any rationality. A colleague said, “There is always one second (or less) gap before we hit the threshold of extreme anger and this decides what would happen next and how we choose to react. Someone not having any history of hitting anyone, I doubt would go to that extreme.” Exactly the point needed to understand while convicting in such cases. It is an act of temporary insanity depending upon the circumstances and it becomes difficult to prove in court as a murder or manslaughter.

The theory of control states that such an act is a problem of “impulse control”, which is taken for granted as naturally occurring in everyone, but criminals have difficulty with. It is this one second that differentiates criminal minds from the rest. Knowing right from wrong is most important in the legal world. Not all such situations can lead to disappointments, frustration and crime. A person who commits a “crime of passion” is bound to have resorted to such extreme measures in response to other disturbing and threatening situations, at least in his thinking or fantasies.

The legal definition of crimes of passion

The Indian Penal Code defines a sudden passion as a state of mind:

This is one of the mitigating factors that the legal system recognises to commute a murder sentence to voluntary manslaughter. The throes of passion are a common excuse to kill or escape the ‘premeditation’ charges claiming temporary insanity.

IPC section 300, which defines murder, states four ‘exceptions’ when a ‘culpable homicide cannot be a murder’ and in exception no. 4 it says that if it is committed without premeditation in sudden flight in the heat of passion upon a sudden quarrel and without offenders having taken undue advantage or acted in a cruel or unusual manner not depending on which party gave provocation of first assault, the culpable homicide is not a murder. But the question is whether the sentence given to such people has been properly investigated.

These signs can indicate a propensity for crimes of passion

Profiling of the offender becomes crucial here to give more insight in such cases. This includes

In the heat of passion, will you fail to control the impulse or are you still wondering? We may never know fully what drives our behaviour, but to it is crucial to improve ourselves to distinguish reality from fantasy and make this society a sane place to live.

When it comes to women’s safety, what are some of the steps we need to take at an individual and societal level?

His wife was having an affair but she denies it. Readers suggest what he should do next