Diary of a man who successfully juggles his wife and mother

I turned into an eternal juggler, dividing my days in a week between three houses, to be a good son, a husband and a father.

My wife believes every modern man and woman, despite being married, should fulfil their individual responsibilities towards their parents. So in the initial years of marriage we decided we would stay together as a family only over weekends. The rest of the week we would meet and then give time to our respective parents and stay with them. At one point, I thought we were insane, but years later I realised this was the best compromise we made, even with our son, to get the best of the time we spent together, free from quarrels and irritations and remain guilt free as far as duty and love for our parents went. 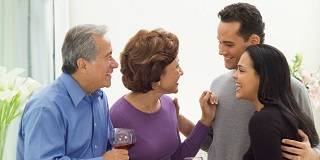 ‘we stay with our parents only over weekends’ Image Source

My wife, the only child of her ailing parents, had no way to neglect them and live in my home as a traditional wife. I knew from the beginning she would not be able to accept the framework of my family where ambitions and typical Bengali middle-class barriers exist. She tried for a time, dividing her time between my house and her house, but that became next to impossible after our son was born. I too couldn’t leave my parents as my elder siblings (brother and sister) were out of the city and couldn’t take care of them. My wife was also very particular about such commitments; she felt if she took care of her parents, it was my duty to live in the house that my father built. Thus our somewhat different family life flowed on.

And we enjoyed every bit of it.

Even after 15 years of marriage, it seems we have a honeymoon every weekend!

We all look forward to it when every Friday we move to our weekend bungalow that we have all to ourselves. Even my teenaged son enjoys it as a weekend retreat. We’ve asked him many times if he feels bad that daddy doesn’t stay with him every night. He made it very clear he enjoys with his grandparents instead and also spoke of friends whose fathers are out on tours for most of the month. Thanks to my son and my ‘different’ wife who finds fun in everything that this society calls abnormal, I do not feel guilty. 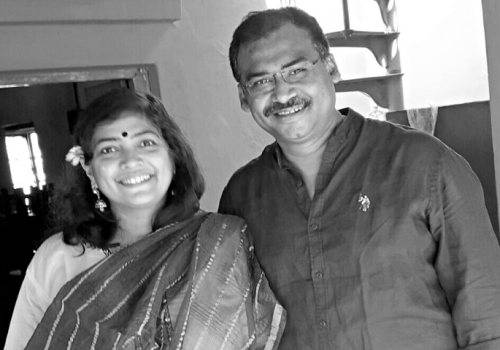 But I wouldn’t deny that there were nights when I felt lonely. But I always knew my wife was just a phone call away. And that eccentric woman in my life says talking on the phone is like having a clandestine affair at times, and she enjoys it, just like she would do with any other man.

For that brings out the lover in a husband, not the typical Indian patriarchal husband. As for my ailing mother, she is relieved that at least one of her children is still around. It’s the sort of support every parent in their old age needs.

I have never believed in the concept of a nuclear family, but in the modern setup, we cannot think otherwise.

So we have made our own weekend family setup, where the child gets the bliss of staying with his grandparents, we have the bliss of living like lovers and our parents feel secure that we are with them at every step and will live in the houses they built with their sweat and blood.

Needless to say, such an arrangement didn’t go down well with my extended family, and many asked if I was divorced if my wife had left me. My wife was at the receiving end of subtle abuse too. I’ve never tried to make anyone understand anything, I never needed to justify it to anyone. I know certain things can never be understood unless one goes through them. And to some extent, I believe that our smiles have remained intact despite many challenges because we chose to be a ‘weekend family’ instead of taking relationships at face value.

It’s an awesome arrangement,though unconventional. And you have described it so well.