Did I Love Sophia, who Loved Joseph? 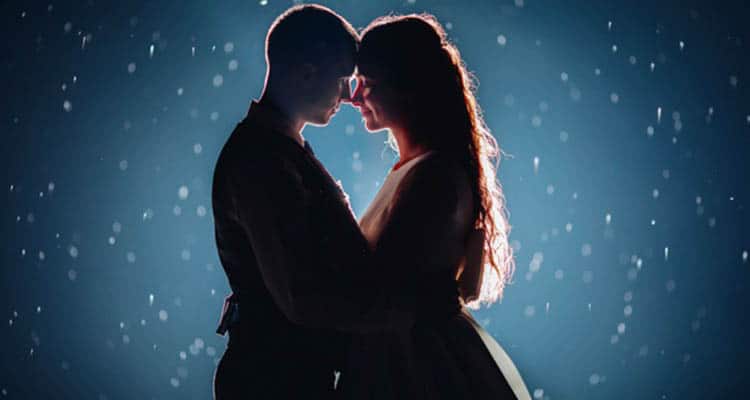 There is nothing like jealousy to cement a relationship. You might think of jealousy as a negative force. But, this story will prove to you that if jealousy is channelised properly, it can bring about the greatest bond.

There was this pretty Christian girl named Sophia who worked in the mall where I worked as well. We met several times in a large coffee shop and were soon friends. A very jovial girl; deeply religious and compassionate and also smartly dressed. If I wasn’t married already, I would have propositioned her. Anyway, she wasn’t interested in Hindus. So, she said. Incidentally, I am not into the religion of any sort. In order not to offend her, I never discussed religion (of any kind) with her.

One day, with much hesitation, she made a strange request to me. “Could you come with me to a church?” she asked. I was a bit taken aback because she knew my views on religion or rather the lack of it in my life. But, it was her turn to be surprised when I agreed so quickly. It was a Friday.

We went to a quaint little church near a cemetery – the church was small with a tiled roof and a tiny courtyard with a Gulmohar tree. It was May and the tree was in blossom.

We went in and found a few people who were sitting on the floor on flat pillows. There was an image of Mother Mary at the altar and several lit candles slowly melted in front of her. Sophia took out candles from her bag and went up to light them up. I helped her. There was also incense burning. The blue haze of the smoke floated around in the breeze that found its way in the church. Mother Mary’s image was resplendent with the flaming candles though she was looking at us (at me in particular) with some curiosity.

Then, Sophia knelt on one of the pillows and began praying silently while I went out to have a smoke.

On the way back, I didn’t ask her anything. Next day, I met her at the café and she seemed only too eager to explain. The church we went to, was of a sect of Mother Mary worshippers and legend had it that anyone who prayed there on five consecutive Fridays got their wish fulfilled. I asked her what her wish was. She blushed. After much coaxing, she let out that there was a guy, a Christian one at that, in whom she was interested but that guy was throwing a lot of attitudes. She started this Five Friday series seeking Mother Mary’s help in taming him. But why did she rope me in, of all people, for this? Then, she blurted out that this guy was none other than my friend Joseph.

I was shocked. I knew this Joseph as a jerk who talked big but possessed little in substance. And, what the hell, he was not even half qualified to get this girl! Of course, a shot of jealousy went through me. But, this girl, my friend, this merciful, compassionate, rarest-of-rare kind of an urban girl, was looking at me with pleading eyes. I got it then. She was putting together two assistive forces in her favour, Mother Mary and me, a most unlikely combination. I told her bluntly that I will get her the man whether Mother Mary did or not. She seemed pleased.

I met Joseph the next day and for several days after that. We shared a few drinks too. I slowly veered him around to talking about Sophia. This guy was stubborn as a mule. He had made a theoretical decision not to marry ever, not even a nice girl like Sophia. But, he liked the idea that she was pursuing him and not the other way around. His male ego was getting bloated. I wanted to hit him many times but checked myself. That would not help Sophia. Now, I was fully committed to her cause. I silently declared to him, “I am going to make you crawl to her even if that means I lose her to a bum like you. Her will is my will.” I began to work on him slowly to wear him down with all kinds of nice things I could muster in her favour. Not in the least were her prettiness, her well-paid job and the fact that she will soon have a house in her name.

Meanwhile, the Friday ritual was repeated for five Fridays. By the fifth one, I had grown used to kneeling beside her and saying a silent prayer. When we came out, dusk had fallen. The alley leading to the church was somewhat dark. I held her hand. We went to a tea shop and sat there holding hands. She was looking at me often with a glimmer of something in her eyes. I felt closer to her than ever before. Dammit! Mother Mary seemed to have made a hotchpotch of the whole thing. Not only was that wily guy not coming anywhere close to Sophia, but also that we might hopelessly fall in love with each other if we did not watch out. Her eyes said that.

Nevertheless, the next day morning, she called me up frantically and cried. She had called him up and he had spoken to her rudely asking her never to follow him around. It took all my persuasive powers to calm her down. I decided to go all out and finish him off once and for all.

I called him and told him I was coming over with a bottle of Tequila. He was a lover of Tequila and was a good cook. We met in the evening and slowly started to get drunk. I had my weapons honed and sharpened. The topic veered around to her. He began to boast of his conquest and how he had told her off. I was seething with rage inside but put a lid on it. I began to play my cards. Nothing really, just informing him how much I loved her.

He picked up his ears, the rogue! I began at the beginning. How I met her and almost instantly fell in love with her. I could see his discomfiture. I piled on him more instances of such `meetings’ and ` pleasant exchanges’ and the `pain in my heart’ and my `sleepless nights’ and my `dreams.’ I noticed that he had stopped drinking. I cheerfully went on to how I remembered every new dress that she wore and how blue suited her and how I suggested a particular hairstyle which she had adopted. Then, I shifted gears to a sorrow mode, telling him how much I cried the day she talked about him, and how I had to bury my love for her in the depths of my heart. What was surprising was even I was not sure at that moment whether I was lying or blabbering out the truth. For, now, my love for her was actually in full flow and whatever I imagined was real and whatever was real was what I imagined. At some point, I surprised myself when through the haze of Tequila, I noticed tears in my eyes which I made sure he noted. Then I stood up and declared in a grandiloquent manner that I loved Sophia. I meant it.

The next day, he called her and said yes. They got married in a month and lead a happy life now. Of course, she and I went to that church the next Friday to thank Mother Mary and lit two candles for him and her. Then, she lit another candle and placed it between them. “This is for you, Ravi,” her eyes gleamed. We held hands on the way back. Man, girls can make or break your life!

Ra Sh is a poet/translator from Kerala whose poems have appeared in some international and national on-line journals. His collection Architecture of Flesh was published by Poetrywala, Mumbai, recently.