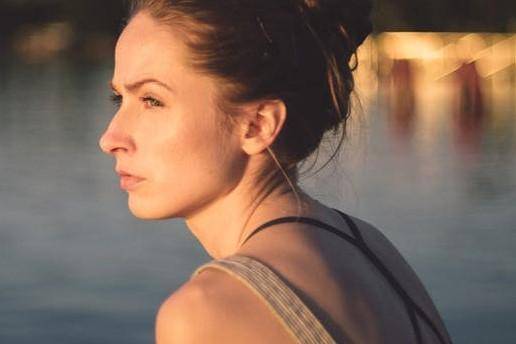 Meena was 25 years old when she was married to Amulya, 31 years old teaching History in a college in another city. It was an arranged marriage. Her parents were elated to find a well groomed boy from the same caste and his stable job was the icing on the cake. In the pre-nuptial meetings he came across as a progressive man and Meena had no reason to turn down the ‘lucrative’ offer.

But soon after wedding she found out what she had seen as an unwavering idealism revealed itself to be an absolute control freak. With Amulya the things were as simple as, Meena has to go either his way or there is no way.

Meena was working before marriage. But Amulya always had a ‘good reason’ why Meena should not look for a new job and somehow always persuaded her otherwise. Feeling suffocated with the requirement of permission in every minute step and getting criticized in whatever she did, her confidence stooped an all-time low. She felt frustrated and good-for nothing.

Dejected, she tried to confide in her mother but the only advice she ever got was “Try to adjust, dear. Things change. Priorities should also change after marriage”. With no help from outside, Amulya’s growing ill temper and rigidity broke her slowly but steadily. Once a free willed strong woman, she soon found her world shrinking to a space between the bedroom and the kitchen.

Every time her inner voice urged her to walk away from the agony, a mix of emotions hold her back – society, parents, fear of further rejection. Physical assault can be proven, but emotional abuse ? Well the society still denies its existence. So in the fear of being judged Meena continued the abusive relationship though her spirit was broken.

But ultimately the last straw broke when Amulya chanced upon her diary. Writing was the only solace which still fuelled her otherwise meaningless life. But her poems and stories, for Amulya were signs of infidelity. Living in his grim world he  denied her the existence of her imagination. Calling her a slut, he burnt the diaries as a punishment.

That night Meena cried and cried till her tears dried down. Unable to sleep she decided to re-read her favorite Harry Potter to calm herself down and stumbled upon the description of Dementors.

“Dementors are among the foulest creatures that walk this earth. They infest the darkest, filthiest places, and they glory in decay and despair, they drain peace, hope and happiness out of the air around them. … Get too near a Dementor and every good feeling, every happy memory, will be sucked out of you. If it can, the Dementor will feed on you long enough to reduce you to something like itself – soulless and evil. You will be left with nothing but the worst experiences of your life”

Finally it dawned on her – Dementors of Rowling’s fiction are actually the demented who controls others, sucking out every good feeling from around them and will eventually turn the victims into hapless, lackluster beings. Living with one will ruin her forever. But the author also described the antidote, the Patronus that one can summon if sensitive to the threatening danger. With the advent of a new morning, Meena had summoned her patronus, her courage. Finally she did what she should have done long ago. She began her new journey, alone.

Things were not  easy for Meena when she left Amulya. Everyone including her parents judged her decision. Constant threats from Amulya aggravated the situation. But now Meena was undaunted. Currently she is working in a small firm in Pune still fighting her divorce case. But unlike a year back she is not helpless. She is independent, strong, confident again and above all in mental peace.

Note from the author: Physical or mental abuse is not acceptable under any circumstances. Everyone wants a beautiful relationship. But if your relationship has turned abusive you must gather the courage to help yourselves. And the first step is acceptance of the fact. More often the victim of the abuse doesn’t see the ill treatment as abuse and develop a coping mechanism of denial. But effects of abuse is long term, causing depression, stress and sometimes suicidal in victims. So gather strength and get help at the earliest.

Sreeparna Sen is a banker by profession; a dreamer by compulsion; a voracious reader and an aspirant writer.

Well written! Should strike a chord with a lot of people who read it and are going through similar situation in life.

Thank you for writing this. Harry Potter has helped me through some of my own dark moments. But the spell to fight darkness also lies within us – courage. Thanks for reminding people that 🙂

Much needed post that helps in furthering the #WomanningUp trend. Well chosen words add to the powerful story. Liked this much much much Sreeparna.

Thank you satarupa for your encouraging words

Is it wrong to flirt? Even Parineeti Chopra and Hardik Pandya weren’t spared of this

How this HIV positive girl is positive in love, too