Five Things That Indian Parents Say About Relationships – Which Are Actually True!

Don’t we hate it when our parents are right? But most obstinately they are, most of the time. Especially when it comes to your life’s choices, things that parents say haunt us and usually come true. Sometimes it’s worth the risks and sometimes things work out: in spite of their warning. “I told you so” is a thing we could be used to hearing on the loop but when it comes to Indian parents and dating then we have lot to learn from them and realise in the end.

While picking a partner, more often than not we usually follow ideas that have been hardwired into the system by our parents. Sometimes we follow these patterns even without knowing it. And when we don’t, we land in a mess. So here are some of the things that I have heard Indian parents say repeatedly when it comes to relationships and picking up a partner for the rest of life.

Why are Indian parents against dating? Well! Like it or not, to Indian parents dating does not mean flippant time pass but it’s a way of getting serious about things that would ultimately lead to marriage and settling down. Indian parents are often against dating because they feel that as more experienced people they would be able to make a better choice of a match for you through an arranged marriage. Indian parents and dating are not always conducive because they are still worried about how a man might treat their daughter, how she would be perceived in the marriage market later on if her relationship does not work out and if a guy is falling for the wrong girl would she be the “bahu” who would match up to the family expectations?

There are a lot of nuances in relationships that one needs to look into when it comes to dating and relationships in the Indian scenario.

That is why when Indian parents have some advice on dating and relationships the best thing to do is to heed that.

1. The man in a relationship should be older

My mother used to say this one all the time. She said in a relationship between a man and a woman, the man should be more advanced in age than the woman. Her reasoning was simple: She believed women are more mature than men could ever be at the same age. Therefore, a couple made up of a man and woman of the same age is always going to  lack the balance. Only an older guy will be able to handle a younger woman with enough respect and love required to make a relationship work. 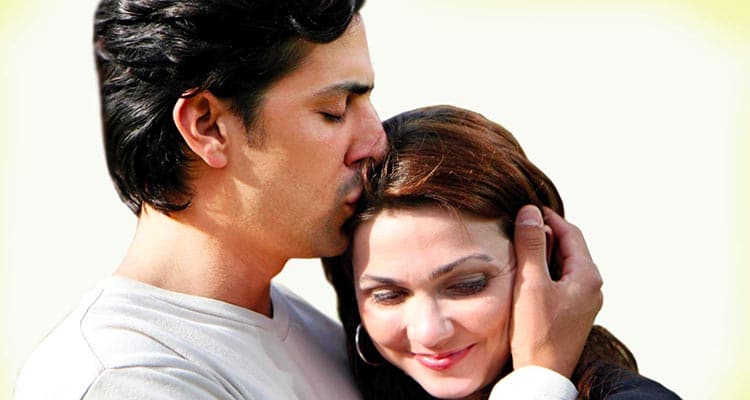 2. Everybody becomes their parents

You know the saying that ‘The apple doesn’t fall far from the tree’? My parents always believed it to be true. My boyfriends, whether we were dating or just friends, were always judged on the basis of their upbringing and their parents. They would only be approved to take me out if they passed this preliminary hurdle. They said the kid may think himself to be progressive and modern and liberal by choice but he or she will obviously fall into old habits once they feel insecure. That is where the upbringing comes in; if they are not brought up in a certain way, they will definitely disappoint you in the long run.

My cousin married into a conservative family, as the guy she married was a progressive modern guy. Six months into the marriage, my cousin came back home running, as her husband threatened to kill her if she didn’t leave her job for good.

3. Respect is more important than passion

Parents in India always say that partners should respect you rather than filling you up with passion. They would say passion may have an expiry date but respect does not. Don’t get swayed by a pretty face or a hot body: at the end of the day, those things won’t matter. The formula for a long-term happy relationship lies in mutual respect and understanding. After the initial honeymoon phase, when the charm of sexual attraction wears off, the couple who doesn’t have respect for each other will go off in search for newer, sexier partners. Only couples who respect their partners will stick to their duties and conduct themselves honourably and turn lust to love. This is probably one of the most important things Indian parents say.

Related Reading: Dear Indian Parents, There Is No Honour In Honour Killing

4. Compromise on the inessentials

Compromise is the key to happy relationships or so our parents say. They always tell us to look at the bigger picture and let go of small things that stop us from being happy. This may be because they come from an age when if something was broken down they would not just throw it away: they would dismantle it, find the problem and work out a solution. They want to teach us the same. But we are a generation with replacement guarantee and more options than we can scroll through. But when we find someone worth sacrificing for, we follow in our parents’ footsteps. 5. Time is the best solution and healer

Time is a very different concept to us than it is for our parents, as we live in a fast track age. We have no patience for either hook-up or breakups, but our parents keep telling us that it is essential that we wait: To fall in love, to be in a relationship, for the heart to heal from a breakup, wait we must. That is why when Indian parents are talking about dating they do make a lot of sense. For them waiting was never a passive thing, but rather a time to actively look into ourselves and introspect. Only with time and introspection can we hope to learn what we really want and make ourselves happy again.

When it comes to Indian parents and dating their advice is simple, solid and reasonable. If we are willing to listen it will only do us a world of good and could save us from a series of heartbreaks and wrong decisions.

8 Types Of Boys One Should Avoid While Dating In College

15 Ways We Push Love Away Without Even Realising It

Yeah. It is actually more than right that your parents are right in some of the most crucial points and turns of the lives. I think it is the experience or the maturity they possess!!! 🙂 🙂

What Can You Do When Your Husband Says He Is Done With You?

Is It Safe To Buy Jewellery Online?