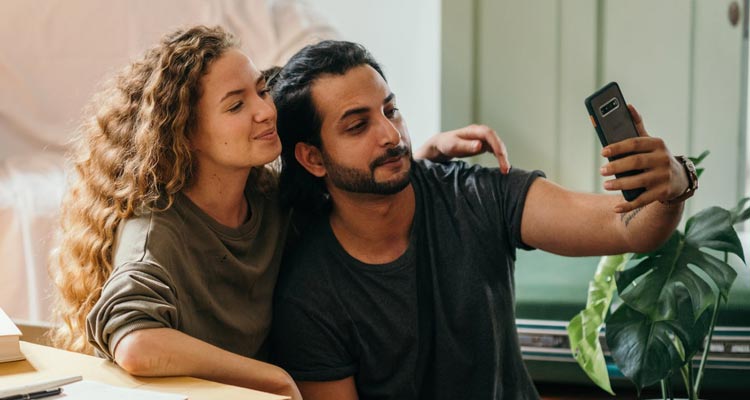 Sometimes when I see couple pictures on Facebook that look a tad extra mushy they are a total give away that it is a put-on act. The truth behind such pictures is something else. Posting a quick picture could be a great way of making up after that ugly fight, showing off your over-possessiveness or an effort to ward off the person you have caught your spouse chatting with on WhatsApp.

An overkill of dualfies on social media can only mean there are undercurrents in real life that should be tackled. What’s not happening in real life can happen in the virtual and that brings a false sense of happiness and security that many may revel in.

I am all for romance but I have this habit of looking for what lies beneath. So I wanted to put this theory of mine to test. Hence I picked out some of my friends who have recently shared “coochie coo” snaps on social media and prodded them a bit.

What’s the truth behind those fairytale photos?

More than once I came across the unwilling spouse or boyfriend who is dragged into a photo. The need to post photos from the bedroom, bathroom, restaurant, party, morning walk, vacation, family get together, can be frustrating. More than happiness it’s about grief to some. It’s about putting up with the constant demands of a partner who could be a social media addict.

5 people opened up about their experiences

This shows that underneath those photos that brag of relationship goals there are weird stories and moments.

1. New iPhone made her a selfie junkie There has to be a selfie for everything

A friend of mine who is in his mid-forties and happily married for almost twenty years posts a new ‘we are a couple in love’ picture on Facebook almost every day, almost at the same time as well. So much love gets nauseating at times.

When I asked him what the real reason was behind this public display of affection he said that it was his wife’s doing. Ever since she had got herself an iPhone, she had turned herself into a selfie junkie.

What had begun with selfies soon went the dualfie way. “Please baby, let’s take a picture of both of us together,” became the constant refrain.  When I probed further to find out what he felt about this, the spontaneous reply was: “I hate it when she takes so many couple pictures. I don’t believe in showing affection through social media. But, I don’t have a choice. She will not give me breakfast unless I share them!”

Imagine going without breakfast just for a selfie! That explains the broad smile every time. Doesn’t it?

For 30 somethings posing in front of Captain America one day and in front of Venom, another day is quite smirk-worthy. But these friends of mine do that. Regularly! Whenever a superhero movie is in town you can expect their superhero selfies to take on social media. Apparently, he is a superhero freak and she only sleeps when the lights go off in the movie hall.

But that doesn’t matter as long as the selfie is taken prior to the show.

3. The food goes cold because of the clicking

Being married to a food blogger could be tough revealed this friend of mine. After her jaws start aching smiling with the food and she is finally ready to dig in, inevitably, the food goes cold. “Either the food gets cold or I lose my hunger,” she said. 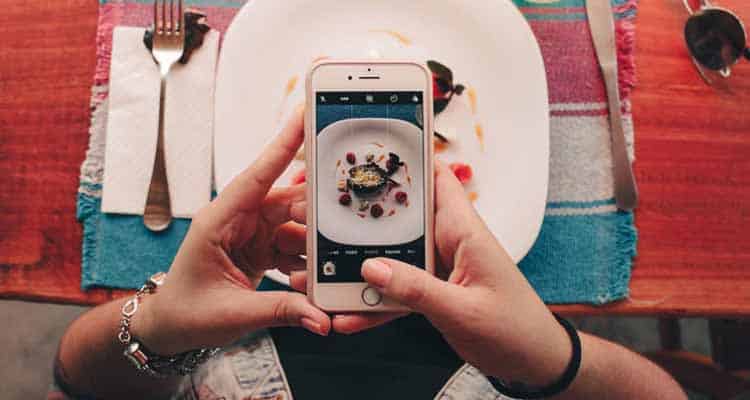 Eating is no longer the main part now

But in those smiles in the pictures do you ever get to know the hunger pangs? When it’s a photo for social media you are helpless.

4. The pimple popping doesn’t show in the photos

A friend of mine got married less than a year ago. Needless to say that all I see on her Facebook feed are couple pictures. They could be twining on a beach in branded swimsuits or brushing their teeth together in a 5-star hotel bathroom, we do get a glimpse into their swanky lifestyle and mad romance, of course.

But what we don’t get to see, is the fact, that he picks and pops his pimples and she hates it and the storm brewing between them all the time because of his quirky habit.

Now she even has to use an app to remove those red marks on his face. That’s a lot of work. Isn’t it?

5. Does she have to wear my shirt?

She is always wearing his shirt in their selfies. A bit odd? A new fetish? I asked him what’s up?

“Would you believe it these are the shirts I wear to work? When I come back and open it she has to wear it and click pictures. She says that it turns her on.” He doesn’t have his shirt anymore

Fine. But what about the laughter that goes on behind his back in the workplace? He is helpless. His wife finds his shirts sexy. Period!

There’s a couple-picture on her wall every weekend. Yes, Sunday! And I have followed the pattern. It’s always a Sunday. Why?

“We are so busy, with separate lives and separate bedrooms. I am on the first floor, he on the ground floor we meet at the dinner table on weekends. Ek selfie toh banta hai naa? So every weekend you will get a photo of us.” She laughs.

The responses I got are stuff made for “ROFL”! The virtual world is surely redefining couple relationships. But one thing is certain when it comes to the selfie, there’s nowhere to run!