I am gay, married and I seek equality, not approval from society 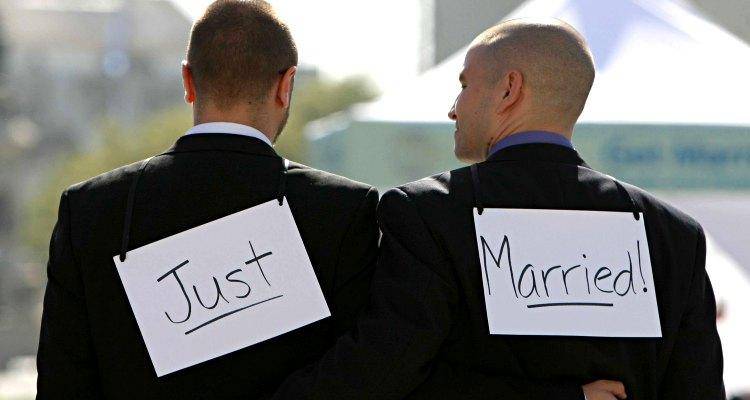 Society wants us to classify our relationship

As a gay man of 32 years and having spent 5 years in a committed relationship which my partner and I call “marriage”, I still feel that the entire world should know about our relationship. Not that it will change things between the two of us, but it will surely change things the way the society looks at us. Again, when I say the society, not that we are seeking approvals or acceptance from “people”, yet there soon will be circumstances in our lives where either of us will be asked the question, “How is he related to you?”

As the progressive generation of millennials has started losing its faith and belief in marriage, as a gay couple we both have even stronger belief in the institution of marriage as we grow older. It is ironic that the society that seems to be losing its faith in “marriage” is also opposing the legal union of two people in love who belong to the same gender, suggesting that it could be a threat to the institution of marriage itself. Little do they care that the increasing number of divorces between the so-called heterosexual couples is an even bigger threat, as they dilute their vows made to one another.

Related reading: 8 things that straight and gay couples do differently

Why we want to be legally married

One of the reasons why my partner and I have a growing need and belief in marriage (at least for the outside world) is that we want to secure each other’s life after one of us is no more. This was not our thought process until last year when my mother died suddenly at the age of 56. Life is unpredictable and one does not know what things it will throw at you to deal with. Three months later my grandmother also passed away. I was left with only my father and my partner. I know that my father will not be with me in my older days. As I build my life with my partner, I fear that if we are not married (in the eyes of the society) I will be asked how I am related to him. 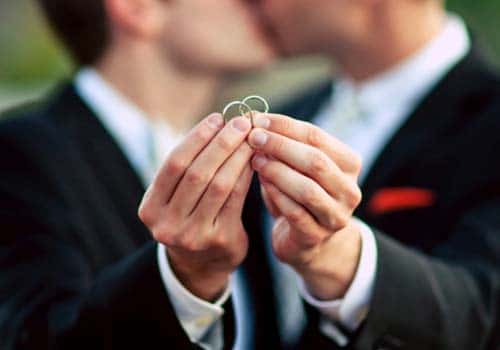 The legal requirements for a partner

When my mother was ailing, I was asked to take a decision if we would like to do an invasive treatment that would cause her more suffering and pain or if we wanted to avoid it. The hospital authorities asked me to sign the consent form for not providing her an invasive treatment, a decision that my father, my brother (who is married with 2 daughters) and I took. The hospital did not question us once they got to know the relationship we had with the patient. We had to do the same thing for my grandmother 3 months later.

That year after their deaths, I had to deal with a series of financial institutions and insurance companies where I was a nominee and where either my mother or grandmother were nominees to my accounts/investments. I got everything they both left for me easily. And I was able to change the nomination to my father easily for all my savings and investments after producing a death certificate. However, I feel that I should leave everything for my partner in case I die before him. But these institutions ask for the relationship I share with the nominee and they have no option for our relationship.

Related reading: Love in the time of section 377

Just imagine if we were to not secure each other’s life after building a life together for let’s say 50 + years. It would be shameful. Or even worse, when I am on my deathbed and if my partner has to take a decision to not provide invasive treatment or take me off a ventilator and give his consent, and if he gets questioned about how he is related to me, he would be shattered. When I am in such a condition, I would only want my partner to take a call, but how can I make sure that the doctors will accept his decision?

Today, while I work hard, earn money, save and invest, I am not able to name my partner as a nominee. I would not want my hard-earned money to go to anyone else but him. It will be rightfully his. The only question is, will it be legally his in this country ever?

I would not want my hard-earned money to go to anyone else but him. It will be rightfully his. The only question is, will it be legally his in this country ever?

I know I can write a will and get it registered, etc., but what if I fail to do so and I get killed in an unforeseen event? We are married (in our relationship) but the society is not allowing us to be married financially yet.

We’re not seeking the approval of society, but the right to equality

Is it a threat to the institution of marriage if I am able to secure my partner’s life when I am no more? Is it a threat if he can take a call to reduce my suffering when I am ailing? If it is, then, it is also a threat if heterosexuals get married. I have always felt that I do not need anyone’s approval to live my life, but in a much sad yet ironic state of affairs in our country, I do feel the need of this approval when I am taking my last breaths.

I am gay, married and I seek no approval from society. But I seek my right to equality.

I dated women for years before publicly coming out as gay