God’s secret plan for my marriage 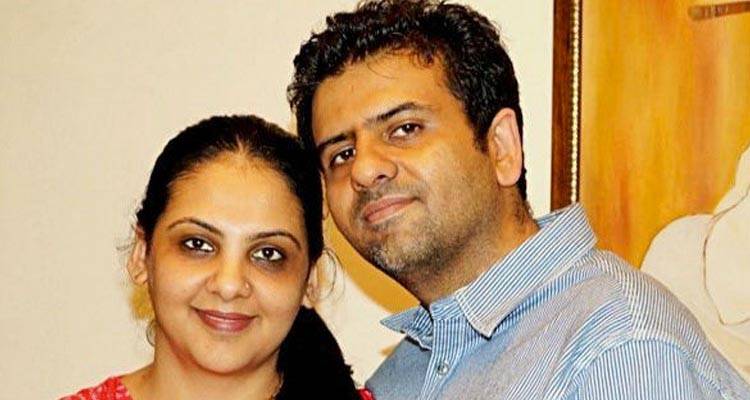 God has a plan – a secret, intelligent, clandestine plan, and God has a sense of humour. I believe this and let me share this story with you to help you believe it too.

My first promotion in my career helped me get into an interesting profile where I was training employees and editing the internal newsletter of the organisation. I was excited and enthusiastic when I started working on the first issue of the newsletter. After collecting articles and a lot of editing, my boss and I proceeded to get it designed.

This was the first time I met Dushyant, the graphic designer for the organisation. I remember him as dark and tall with long curly hair, dressed in t-shirt and jeans and with eyes that captured everything in a moment. He resembled one of my favourite Enid Blyton characters – ‘Golliwog’ (a dark, curly haired fellow with a heart of gold).

He was sitting in a comfortable chair and quickly got up when he saw my boss, smiled and greeted him. We were introduced to each other and then we – all three of us – started work.

The second day, when I went to work with him, it took me a minute to recognise him. The long curly hair had given way to a smart short haircut and the T-shirt was replaced by a collared, full-sleeved shirt. Golliwog had disappeared….He now looked more like one of those handsome television actors. We started working on the newsletter.

I was a simple, quiet, sincere and diligent worker who wanted to grow in my career quickly. Working with him, I realised he was a conscientious worker who enjoyed and loved his work. Though absolutely different personalities, we became friends quickly.

Slowly, we talked about our family, school, interests, homes…and then we realised we had stayed in the same area, the same block, four lanes away from each other all our lives but had never met each other before.

I had henna on my hands and he noticed and asked casually, “Did you get engaged recently?”

I said, “No, I like henna on hands.” I thought, maybe because he is a designer he observes anything that is related to art and design.

I felt he was an excellent designer; always knowing the right blend of colours, picking the right pictures and a marvellous layout. He taught me to morph pictures by playing with my photograph on his computer. He had pulled it from the database and, voila, the next minute I had a moustache. I looked ugly, so they disappeared in a moment and gave way to a pout. Oooh! I am not like that and why was he even trying to change the picture? Then he said, let me beautify you and added a bindi to it. Yes, I looked prettier and we were both happy with the result. This picture became part of the newsletter.

The newsletter was finished and I went back to my work and he to his.

After about 15 days, when I got home, I saw my mom standing at the door, ready to fire questions: “Who is Dushyant? Where did you meet him? How does he look? For how long have you known him?” Hey! How did Mom know him? No, I did not get my answer until I answered all her questions in detail. Then came the surprise.

What!!! I was flabbergasted….Dushyant and I were friends but I had not realised that he wanted to marry me.

I had mixed reactions – what, when, how, oh really! All this came out the next time I met him. It was just the two of us and I asked, “What were you doing – working or looking at me? Was that haircut for me? The change in my picture…enquiring about my age and if I was married….Hey! When did you decide? Why didn’t you tell me but went to my parents instead?”

That smile, that look, those words…he said, “It was love at first sight and you being a simple, no-nonsense girl, would have hit me with your sandals had I mentioned my liking for you.” He was right…absolutely!!!

Related reading: What I learnt about love at 30…it’s over-rated

This was followed by a series of meetings between parents. My parents left the decision to me, although they had liked the family and Dushyant. It was my sister who said, “What are you thinking? He is the one for you.”

In her opinion, a person like me who took life so seriously could only be happy with a person like Dushyant who lived each moment of his life, worked hard, enjoyed being with friends, went to the temple every Sunday, respected all and had sent the marriage proposal in a unique manner which had included views and opinion of all family members.

God had a plan…my horoscope had not matched any of the boys that my parents had thought were a suitable groom…but it matched Dushyant’s.

We got engaged, much to the shock and amusement of all our colleagues, especially my boss. He even said, “Now I know why there were errors in that issue of the newsletter!”

We have been married for seven years now. I have learnt to laugh…Dushyant is my love, partner, guide, friend and I thank my sister, and of course, God, for showing me the right path at the right time.

God has a plan – a secret, intelligent, clandestine plan.

Things to do to make up for forgetting your anniversary

Pallavi Chopra is a simple person with such eclectic tastes that she tries to experience a little 'more' of everything in life... from food to colours to books and even emotions! She believes that life is a beautiful culmination of such experiences and each moment must be 'lived'!