“They met, they fell in love, they got married and she lived happily ever after.”

Please don’t interpret this as a sexist or male chauvinist comment; it’s the single most decisive finding of my day-to-day interactions with marred (read married) men.

All my married male friends have nothing but envy (read jealousy) when they look at my bachelor life. And no, they are not on the verge of divorce or splitting from their wives or even living away (as some would have loved to) but they do hate the tag of ‘Happily Married’, which sounds more like an accusation and less a compliment.

As one married for 12 years profoundly pointed out, ‘Happily Married’ is in itself a contradictory term – either you are married or you are happy.

Throughout a few nourishing and character-building glasses of liquid (it’s always inevitably at my bachelor pad), the truth slowly emerges, as my married friends unanimously agree on at least one thing about marriage: it’s a COMPROMISE! And they explain how everything in marriage is compromised, starting with monetary issues where every aspect of your life will be allocated a tiny budget: vacation budget, gizmo budget, alcohol budget, wardrobe budget and buddy-budget. Most of my married friends are perpetually broke when they meet up, neck-deep in all kinds of EMIs. However, when it comes to their bitter halves, the concept of budget evaporates; there will be a million cosmetic bottles dotting every inch of the bathroom and dressing table or the infinite curtains, bed-covers, rugs, handbags, half-a-million cushions and their colourful covers and the countless cutlery (that are conveniently bought) on the premise that it is breakable (unlike your patience) but anyway, you get the picture.

Related reading: The trick to a happy, joyful marriage

Another aspect about marriage, I’m told in unison, is the concept of space – ‘spatial’ as well as the metaphorical ‘breathing’ space.

Spatially, you are compromised and slowly but surely you will be confined to one corner of your master bedroom. I doubt if even Mukesh Ambani of Antilla fame would have enough ‘my’ space in his palatial bedroom. The closet also shrinks, since darling ‘Mrs’ will need that one extra shelf to keep her jewellery and also one more for the oxidised jewellery and cheap trinkets and finally that one space in the corner which (for some inexplicable reason) she’d labelled ‘dead space’ has also been brought to life for her knickknacks. 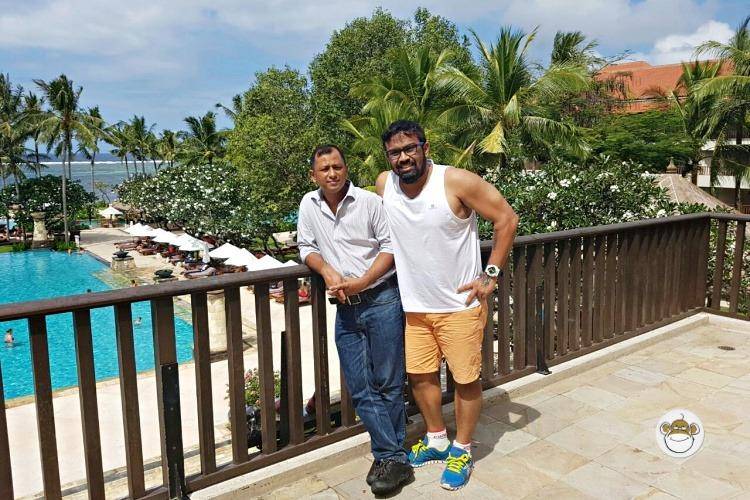 And as far as breathing space is concerned, well, check their phones every ten minutes. Messages start with something as innocuous as ‘missing you Jaan’ that will, with every little passage of time transform to ‘am off to sleep jaanu’, which will graduate to ‘will you take long hmmm’. If the Mrs has gone off to sleep, then how does it matter whether the husband comes back at 10:15 pm or 02:15 am? These poor men start feeling like they have been thrown from the frying pan into the fire. From a tyrant of a mother to a bully of a wife, the journey of life moves on, from nuisance to nonsense. A momentary lapse of reason that binds life to live, a Ring to suffering.

The boys’ night finally comes to an end, not that the whiskey or the tales got over but my men turned into human beings (the spouse material) and were almost rushing to get home and well…salvage, some their dignity, some their broken trust, but mostly because the home was a destination, for better or for worse.

Marriage, they say, is a triumph of habit over hate and since man is a creature of habit he will return home.

However, a very wise man once told me that people get married because they need a witness to their lives; not the kind of witnesses who appreciate my single malt or the new La-Z-Boy or my newest Bose speakers, but a person who will witness one’s day to day struggle be it over an illness or the joy of a second-hand car; a cheeky critical witness to one’s way of laughing or an emotional witness to one’s tears over football matches.

At 3:00 am, all alone by myself, while I had the luxury of space and freedom I certainly did not have a witness to gauge the P’s & Q’s of my being.

However, for my married friends the morning after, whether out of fear or out of default setting they almost always sing the same tune: ‘no life without wife’.

And she lives happily ever after.

I Began An Extramarital Affair With My Ex Boyfriend

Anand Sharma is a media professional, associated with leading names in the Indian TV industry for almost 20 years, including Channel V, Star TV and MTV India. He specialises in creating TV concepts in his parallel roles of director, creative head and writer. His range of creative expression shifts seamlessly between tongue-in-cheek humour, emotionally charged writing and stark satire.