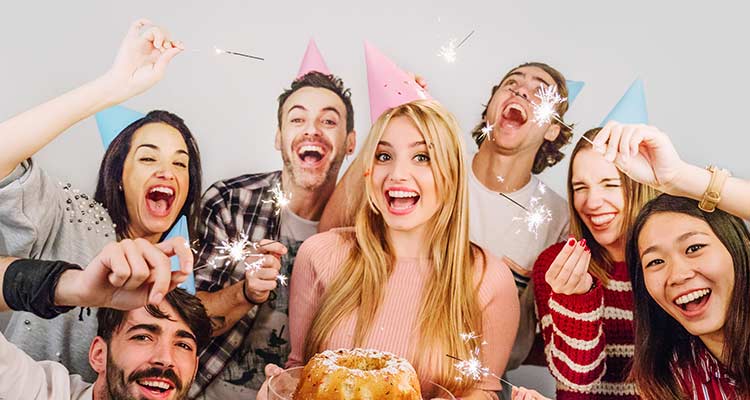 If someone ever asks me the question, ‘Why do guys disappear when things are going great?’, then I’m sorry to disappoint you but I truly have no answer. Men and their actions are something I still have not been able to decipher completely. One day, they’re crazy in love, and then the next, you have no idea what is even going on. If you’re a woman, I’m sure that you can relate. So read my story further and if you’ve had your fair share of bad episodes with men, you might not even be surprised.

Why Do Guys Disappear When Things Are Going Great?

My phone rang and a voice on the other end said, ‘Happy birthday, Jolene’. Harry never wakes up early in the morning but that day he woke up to wish me a happy birthday. I was thrilled and so glad that he called me. He, then, called me up again in the afternoon and told me his evening plans. In Houston, one must pre-book tables on Friday and Saturday evenings.

Harry did that for us for the first time in the three months I’d known him. He booked a cab too which first picked me up and then him. We went to one of the most happening pubs that plays great live music and serves the best food in town. I was wearing a white string strapped dress and felt like my best self. Harry said he didn’t love it on me but I ignored his comment.

The night was young, we enjoyed our food and drink and the background music that we even danced to for a bit. I was very happy, thinking that finally, I’d found a man with whom I could think of a life ahead. A live-in relationship or something – who knows? All I knew is that I loved him and could not get enough of him. This feeling was enough to make me high. We left at around 1 am and went back to Harry’s apartment.

We went back to his place

We were tired but still happy and buzzed. Harry pulled me close to him and planted the most passionate kiss on my lips. The passion and that kiss were so warm and deep that time froze and before we realized it, the sun filled the sky with its brightness.

That morning was extra beautiful because Harry was in my arms. I got out of bed and made coffee for both of us. We chatted for an hour and after hopping in the shower together, I got dressed to leave. While dropping me back home Harry mentioned my dress again and how he did not like it, which upset me, but of course it wasn’t an argument.

Then as I went back home, I was happy to have spent such a beautiful night with the man I cared so deeply for. I waited all day for him to call or text me but he didn’t so I stayed patient and hoped he would reach out to me the next day. He was kind of a dry texter so I was patient about it. But he never did.

I haven’t heard from him in a month

Harry didn’t call me after that. It’s been a month since that day and he’s totally MIA. Never made an attempt to reach out to me. I tried fruitlessly to get in touch with him but he just read my message and didn’t reply. Texting, calling constantly – I did my best. But now all I do is wait and hope that he will text me back.

I was shocked by his sudden withdrawal and was freaking out not knowing why. I wanted to meet him to ask why. I had reached a point where I started believing that there is something wrong with me and kept blaming myself. My face got breakouts and I suffered hormonal imbalance due to excess stress. I had to undergo antidepressant treatment for three months.

3 months no contact, 5 months still being ignored, there was no winning here. It has now been 8 months since he ghosted me. Harry has blocked my numbers since November, not because I kept bothering him or tried to reach out to him, but perhaps he just didn’t care anymore. He made sure that I’m not able to reach out to him in any way.

Related Reading: When I was subjected to ‘ghosting’ in my relationship

Why Doesn’t He Call Or Text Me Anymore?

I was never affected by anything so much in my life and was never treated so inhumanly before. I hate that this one question kept bugging me – Why doesn’t he call or text me anymore? But guess that’s why people say love hurts and they are right. It hurt me a lot and shook me inside out.

In all these months a lot has changed. Once my friend called him to catch up. When she asked him about me, Harry nonchalantly made fun of me, saying, “She is stupid to fall for a relationship which was based purely on lust. There were always no strings attached for me.”

That’s when the realization hit me really hard that I was losing my sanity over such a shallow person who didn’t see me beyond my exterior. Moreover, he didn’t even have the heart to face me or honestly tell me that he was not interested in me.

Why do guys disappear when things are going great? Because they don’t have the guts to be honest with you. After this incident, I’ve become extra cautious, to the point of being wary, whenever anyone tries to get close to me or express their interest. I talk to people but don’t get involved emotionally. I don’t invest too much in them and stay detached.

I have changed as a person

Sadly, this experience has completely changed me as a person. I explored other possibilities of life but have become withdrawn when it comes to allowing anyone in my life. I’m still sensitive but cannot afford to lose my newfound confidence and passion for writing and traveling for anything.

I’m not ready to compromise my freedom for anyone who isn’t worth it. I’ve also started thinking it’s perfectly okay to never get married. I just don’t see the point of it anymore.

I meet people but am just superficially connected with them. I don’t let them affect me. Someone else shouldn’t have the reins of your happiness in their hand. I’ve blocked a lot of other men who have hurt me and even Harry. Whoever reminded me of bitter memories or a hurtful past is now out of my life.

When a guy disappears does he ever come back? Who knows? And at this point, I really do not want to care. Someday if Harry and I run into each other, I won’t be bitter with him but I’ll have many questions for him. For now, life is good and I’m living it well.

Love is a need of every soul, but if someone abuses it, mocks it, doesn’t value it, it becomes a punishment. Before it reaches this stage, walk out and realize your worth.

1. Why do guys come on strong then disappear?

Maybe there was an intense rush of feelings before and they were love bombing you but now they have realized that they are not in love. This might freak them out and make them run away from you.

2. What does it mean when a guy disappears?

If a guy disappears – it’s been 3 months no contact or that he has stopped calling or texting you – it is probably because he has lost interest or has found somebody else.

Expert Advice On Coping With Feeling Empty After A Breakup

Though Jaikala Prasad is a management graduate, she chose to be a physics teacher for the sheer joy of it. Cats of all shapes, colours, patterns, and sizes fascinate her. She hosts two stray cats, Chintu and Smoky, in her house. Blogging satisfies her creativity and her ever analysing brain.

Chhoo lene do: Marry someone who touches you

Why I let my woman flirt with other men!