I have been married for 21 years. Before marriage, I was studying Accountancy and working as a Technical Writer, though I wasn’t very clear about which career path to choose. I only worked because I dreaded that question that all Auntyjis invariably ask when you’re single: “What do you do, beta?”

Other kids had parents who would march them off to career counsellors and coaching classes, but my own were quite laidback. My mother stayed at home, and in those days being a housewife was a bonafide career. On some level, I imagined that I would do the same.

I was fortunate to meet a man who knew exactly what he wanted to do and at which age he intended to accomplish it and I thought if I just tagged along with this man who had big plans in life, I would be saved from the uncomfortable thoughts about what I wanted to do with my own life.

My plan worked. Nobody asked me the dreaded what-do-you-do question when I had a husband and two small kids. I immersed myself in domesticity and was enjoying it immensely. A very noble thing to do, in my opinion. Then one day, the bubble burst. My kids grew up and became independent. My husband got busy trying to outwit his boss. Once again, the unthinkable happened. People began to ask me what I did in my free time because, you know, the nation wants to know! 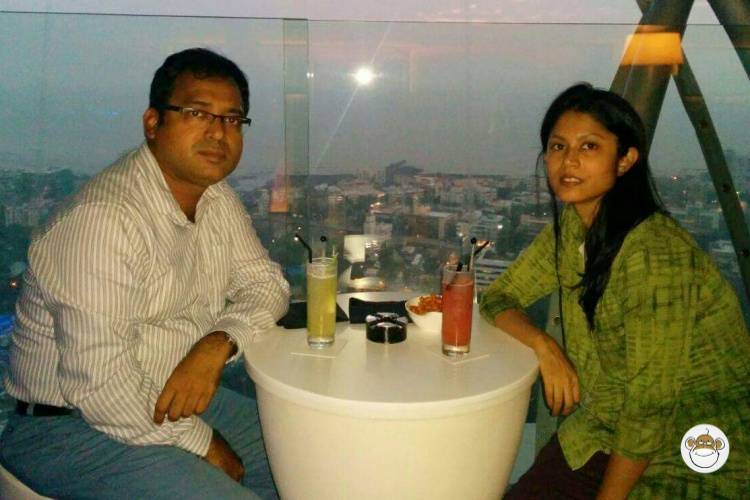 I felt like a bear who had been in hibernation for 15 years. Whereever I went, there were women who had careers with titles that I couldn’t even understand. (I now know that Relationship Managers do not manage the relationships in the house and Professional Buyer is really a job!)

Forty is too late for a housewife (how I abhor that word!) to go back to a dormant career in demanding fields like medicine or accountancy, so a stay-at-home mom is expected to reinvent herself at this age.

Some cram their lives with social engagements. Some become fitness enthusiasts and do yoga or run marathons. Still others refuse to loosen the apron strings and remain passionately involved in their children’s lives right through college till their grandkids enter college. None of these roles sounded interesting to me.

There is another option, of course. A few lucky people do manage to find their true passion only in middle age. JK Rowling and Colonel Sanders come to mind. Closer to home, many of my friends had converted their hobbies like flower decoration, yoga and cookery into lucrative careers. Buoyed by these examples, I finally accepted that I couldn’t postpone the inevitable anymore. I had to figure out what I wanted to do with my life before I went senile.

The first step was identifying things I was good at. I thought about baking, which I loved to do. I sold cupcakes and brownies to a nearby cafe for a while but soon discovered that I hated cooking in large quantities. Many times, the items remained unsold and I would not get paid for all the hard work I had put in and a lot of money was wasted, so I reluctantly gave up my dream of being the next Nigella Lawson.

The next time somebody asked me what I did with all my ‘free time’, I made another attempt to lose my housewife tag. I could have just told them to mind their own business, but my conscience nagged me. Once again, I had to dig deep inside myself to find my passion.

Related reading: What we need to learn about relationships from the women of Game of Thrones!

In college, I was the editor of the college magazine and I had written a few short stories from time to time. If dreaming is what came naturally to me, it was time to dream big. I was determined to write a novel. The first hurdle was the setting of the story. Since I live in Hyderabad and had worked in the software industry before, that was the easiest background to choose. After six tedious months, I approached Shristi Publishers as they were known to give newcomers a chance. Many chapters, edits and rewrites later, my first novel was published and I was hooked to this crazy thing called writing. Even my husband was amazed at my transformation and developed a new respect for my desire to change my life. I no longer feel flustered and awkward when people ask me what I do. I simply say, I write.

Ashwina Garg is a freelance writer and entrepreneur. She worked as a technical writer and German translator. She has written several short stories for magazines like Women’s Era and has also published a book, Spicy Bites of Biryani. She is active in social causes and a keen observer of human nature. She is a blogger for the Hyderabad-based NGO, SAHE and also for TEDxHyderabad.