Life can be so uncertain…. just when I was looking forward to a rosy future with my wife, two teenaged daughters and a young son, destiny took a strange turn. My wife was diagnosed with breast cancer and our rounds of hospital visits began. As we were lucky enough to catch the disease in its inception stage, the doctors did their bit and we were assured that we may have beaten it and after the five-year remission period, we may just be cancer free.

Our luck ran out

But then, man proposes and …! Just as we were nearing the dreaded 5-year mark, the disease regenerated and she was given only 6 months to live. Our world shattered around us and I had to take charge of my emotionally fragile family. My daughters knew about their mother’s condition but my son was too young to understand the gravity of the situation. How does one prepare one’s family for the impending future? We tried our best – she always had a spiritual bent of mind (which I feel made her face the calamity with a calmness that I began to admire) – and had made the children and me also followers of her faith. It helped us to deal with the circumstances with an inevitability rarely seen in families.

But we were still not prepared when she passed. How does one prepare oneself to face death? My family closed ranks around the four of us and helped us slowly and unobtrusively to come to terms with our changed circumstances. We picked up the pieces of our lives and falling back into our routines helped us to carry on.

Not at home in home affairs

I was a workaholic, being a self-proprietor and a consultant, and so by default all home affairs and looking after the children had been my wife’s domain. Suddenly I found myself dealing with issues that had never ever reached me. I managed the best I could, but soon realised that it was very tough handling both home and career fronts. It became increasingly clear that even my parents were now too old for the responsibility of looking after my family.

I had been married for 21 years, so when my parents brought up remarriage, I wasn’t averse.

I had had a very good marriage and missed a wife and a woman’s touch.

But I was very clear that if I remarried it had to be someone who had also lost her spouse, so that we could bond. I knew the person whom I married might have her own children and I would become their second father, and I was totally prepared to accept them along with her. After all, if she could come into my life and accept my children, what gives me the right to say no to her kids? 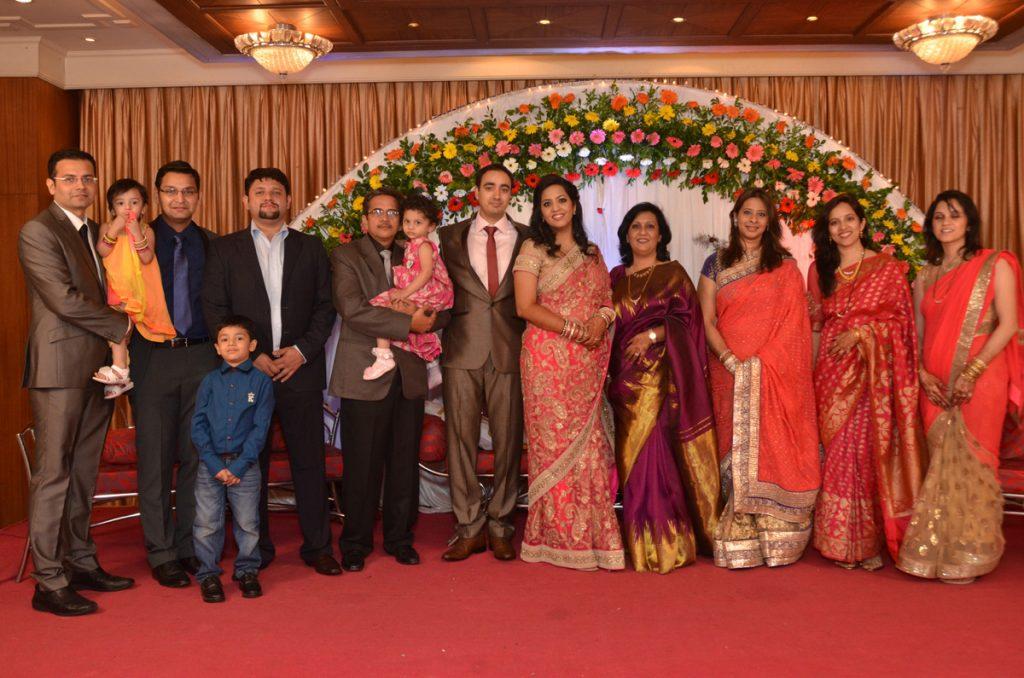 I met my second wife through relatives. She had lost her spouse and had two children, a son and a daughter. She had been married for 16 years, which told me that she too had a wonderful married life behind her and had raised two good children, which meant that she would be a loving mother to my kids too! I met her children along with her, wanted to get to know them, let them accept me in their lives, be comfortable with my presence. I had absolutely no issues accepting them along with my own children and knew that if they liked me and accepted me I would try my very best to be their friend and guide them in the right direction when needed.

Nobody ever thought of taking my children away from me, so why should hers be taken away from her?

Giving her the reins

I knew it would be an uphill task, as they would be uprooted from their familiar surroundings to come and live with us, and both the families would go through lots of adjustments to stay together. But I was prepared to lend a helping hand to my wife when required. I never interfered in her way of doing things, such as looking after the household affairs, dealing with all five children, but was a silent observer from far. If I disagreed with her way of dealing with something, I told her when we were alone. My daughters took their time accepting her. I would gently remind her that they too had lost their mother and would take time to adjust to a new setup.

With her children I made an extra effort, made time for them, enquired about their well being and looked after their needs. My wife’s daughter (our youngest) was in class 10 when she came to live with us. The only CBSE school we found was a little far from our house, and we had to drop her every day in the morning to her school bus stop for the whole year. Initially I also picked her up after school from the bus stop, till she made friends and could come home from the bus stop on her own. We made her as comfortable as we could for her to like the new environment. I knew if the kids accepted me and my family, their mother would be happy, which will ultimately reflect in our happiness as a family.

Our efforts to get our two families together worked wonders and today we are one single family with two parents and five children.

Prashant Chitale is an engineer who runs his own HVAC consulting firm in Pune. He is considered the last word for recording studios air conditioning and noise attenuation.