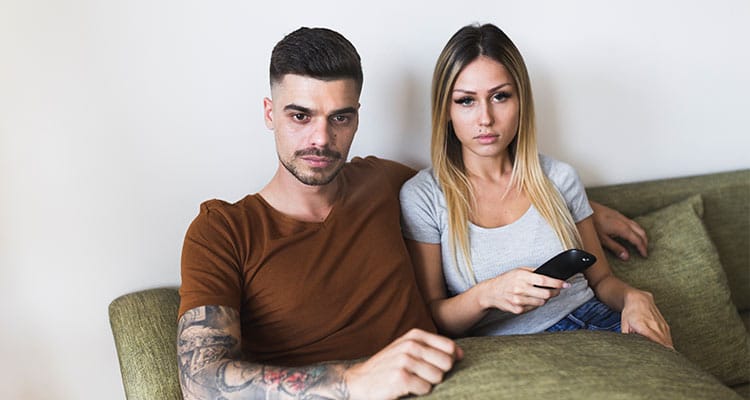 (As told to Ram Kumar Ramaswamy)

I met him five years ago at a friend’s party at a beautiful seashore bungalow in Chennai. The weather was nice, and we were a small bunch of friends invited by my school best friend to celebrate her engagement. He was a journalist. He sat opposite me as we played carom with endless cups of coffee and fryums. I heard him talk about social issues, women suffering in war-torn West Asian countries… He also gave us an intense account of Malala Yousufzai’s life. I was impressed.

What a wonderful guy!

We exchanged numbers and continued to chat on our phones for the next five weeks. Or should I say, passionately argue about any and every social issue the world faced especially women’s issues? It was bliss. Conversations with him were addictive, and I liked the fact that he was careful not to let our mutual admiration come in the way of his arguments with me. Here is a man who respects women in the truest sense of it, I believed.

We fell in love. Head over heels it was. We courted each other for three months before we decided to tie the knot. He’d make my cheeks burn red with plenty of praises of my qualities, my intellect, and even why I, a woman, was better than him. He had a way with words and called himself the weaker sex.

Saying all the right things

He told me I should pursue my passion of studying entomology and not care about the world saying I should get ready to be marriage material. “Marriage is hogwash. Love is fleeting and is ephemeral. Not eternal. All we need right now in the world is to have the planet full of independent women who refuse to abide by the image society wishes them to conform with. Go, girl! Follow your dreams! Do all that you think you should pursue. A husband is not your manager. You should be your own boss. Now that we are in love and want to marry, let me make one thing clear. As your wedded partner, I can only make suggestions about what you have to do in life as a well-wisher would. Calling the shots? Well, that is your territory, babe!” were his words.

I’m repeating these words from memory today. I don’t have his chats saved anymore, for it has been a year since we divorced and I deleted every digital memory of him. For good.

Memories keep flooding in. I’m too numb now to get emotional, and there’s no point in it either. As I read and laugh over reports of Hollywood producer Weinstein and his transgressions, I sit back and think what the real problem was that I faced with him that drove us to divorce. His doublespeak! He’s what I could call the conceited, socially aware, woke person who has almost every single world issue sorted in his mind. But deep within his mind, there is this crude, untamed, wild patriarch who sneaks out at every chance.

It was utterly difficult at first, often devastating to listen to his doublespeak in the fresh few weeks of marriage. In our honeymoon suite, hugging me from behind, he would say, “Darling, now that we are married, you can try freelance jobs instead of full-time employment. When a kid comes, you will be stress-free to provide the best parenting.” I would say nothing. I would just roll my eyes knowing very well that it was a suggestion to be a housewife.

Taking control of me

A few weeks passed. “Darling, you would look beautiful in these,” and one after the other, he began gifting me the clothes he ‘thought’ suited me. I resisted but soon succumbed after his sulks got to me. I agreed to dress in those demure clothes he brought and chose to shelve my shorts and skirts. As the bliss of marriage faded away, his ugly side began showing up quite as often from the fourth month onward. He had a really bad temper, and he who made me sing with his verse during our courtship began calling me names that scorched my heart.

Related reading: What are the signs that you are in an abusive relationship?

A casual error while driving, and he would call me an idiot, and label all womanhood as bad drivers. Quickly realising his mistake of letting the inner patriarch off the leash, he would try to find ‘scientific’ backing to his claim and would Google on his smartphone with a pathetic face, trying desperately to locate a ‘research article’ that would agree with his condescension. MCP. That’s was what he was, and it hurt to know it. Male. Chauvinist. Pig. He would sit and post sentimental, fully loaded, ‘feminists’ opinions on Facebook, and would ‘order’ me to like them. And also bring him coffee. Also, wash his clothes. And also do whatever he wanted me to.

Related reading: What to do when your husband doesn’t help with house chores

One day, I accidentally spilt soup on his favourite shirt, and he not only called me a senseless bitch, he also slapped me as well. He then went to a corner and sobbed, and knelt down before me asking for forgiveness. A little something snapped in my heart that day, which never mended. I did manage to forget that evening and get on with it, giving him one more chance.

Related reading: Why do women stay on in abusive relationships?

On another day, I was coerced to give him my bank details and email passwords, and also my phone unlock pattern. “All for our good, babe! I am planning ‘our’ finances.” What about my consent? I gave him the details anyway. A week passed, and I realised to my utter shock, that a good job offer from my dream company had come in. I found it in the trash folder and realised that the deadline had passed. I confronted him. All he had were unfair reasons, and when I objected, he grew mad and hit me again in the face. This time, he didn’t cry. He went out, locking the door from outside. Luckily, I had a spare key and I packed my bag with a few clothes, my phone, laptop, and my certificates file and stormed out to my parents home. For good.

A year later, we were divorced, for all patch-up attempts from his family’s side failed. My parents completely stood by me.

I am free now.

Yesterday, I read one of his self-righteous ‘pro-women’ posts on Facebook that my girlfriend showed me. We shared a good laugh. We also partied harder that evening. My life is now ‘naturally’ happy without him. I have only one thing to say now. If a man who likes you acts too righteous and too gentle to be true, it’s probably just that! Acting! I failed to see through his veil. I hope there’ll be no one like me falling for these predators who are nothing but chameleons who use their skills just to trap their prey. Beware!