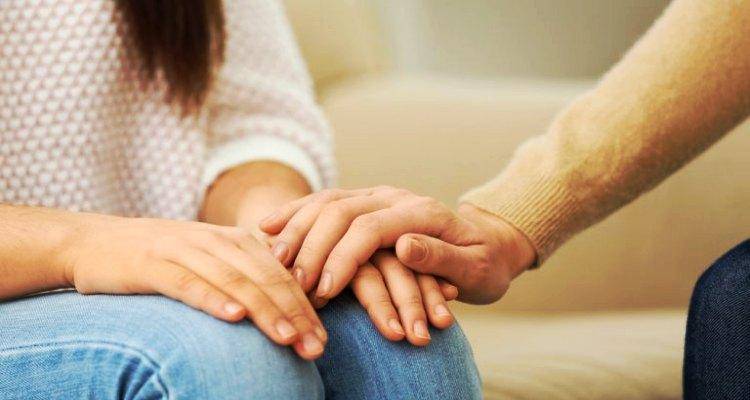 It was a love marriage that their parents opposed

Madhu came to Kolkata from Hyderabad to study. She had a knack for languages and picked up Bengali within three months of her stay. She’s always been a soft-spoken girl but that doesn’t mean she was in any way submissive. She would argue to prove her point and convince you that you were wrong without even raising her voice.


Abhro, on the other hand, was a vocal person and very loudly so. He was a student leader and a popular kid, always in the limelight, while Madhu loved staying in the shadows. I don’t know how they met and fell in love, but I guess opposites do attract.


But their love and desire to get married presented a new set of problems. Their parents were not happy with this match and they said so clearly. After Abhro’s loud protests and Madhu’s silent rebellion, the parents gave in. They got married and Madhu moved to her in-laws’ house.

When I moved in with Abhro, I realised that my troubles have just begun. He lived with the joint family. Everybody made sure that they make me feel like an outsider and did a good job of it. You know the general everyday things that you can’t even mention to people, for they will think that you are going crazy. Like people stop talking when you enter the room, or not including you in decisions of the household and so on. I didn’t even have the support of my family. If I went and complained to them, they would just say, I told you so.

I didn’t even have the support of my family. If I went and complained to them, they would just say, I told you so.

I felt really frustrated and was steadily plunging into a depression. I used to get frustrated with Abhro, too. This was my first experience of sharing a room and that too with a man. All the pent-up anger that I had used to be directed towards Abhro with the pretext of smallest of things. We argued a lot about little things, but Abhro always calmed me down. I even shouted at him, which was so unlike me.

Whenever I would protest or complain about anything, my in-laws would tell me to leave if I didn’t like it there. But how could I leave? I loved Abhro and Abhro grew up in this joint family. I can’t just ask him to leave all that for me. If I do, he would never forgive me. I was not ready to give up on Abhro for the things my in-laws did to me. But I didn’t see any solution in any near future.

Related reading:Is it fair to expect an Indian girl to live with her in-laws after marriage?

The final straw was the raw fish

Then came the most terrible day of my life: I still can recall it like it was yesterday. I’m a vegetarian both by religion and by choice. But maintaining that in a Bengali household was impossible. I was criticised for not changing my food habits and my religion when I got married. Abhro made sure that I didn’t have to and that enraged the family even further. There would be ‘accidents’, like serving me a non-veg item now and again and that’s how my day started that day. I was in a hurry to get to college and all the food that was available was non-vegetarian. I was eating rice with some leftover curd and I could hear my in-laws laughing at me. Somebody came and put a dish of raw fish in front of me and it made me nauseous.

This was the last straw and all hell broke loose when I confronted my mother-in-law about the injustice and torture that she subjected me to. The whole household turned against me and started shouting at me. They said how I was the worst thing that happened to that family, how Abhro couldn’t have chosen a worse wife than me, how I don’t fit into the household and I’m a disgrace, a shame that they can’t even show their faces to other relatives.

I was called a girl of questionable birth who has come to Kolkata only to honey trap rich Bengali guys. How my behaviour shows that I come from an uneducated and uncultured family. I couldn’t take it anymore. So when they said that I should leave, I decided to do exactly that.

Related reading: My in-laws asked us to get out of their house

I packed and was ready to leave

I went to my room, packed a suitcase and was ready to leave, when Abhro suddenly came back from his tour. The whole household started telling him that how all this was my fault and how I chose to leave. Abhro didn’t argue with them or me. He just came to me and said quietly: “Why didn’t you pack my things too, we are in this together, right?”

When his mother protested, he said to her, “I’ve taken a vow to protect and be there for her, Maa. If she doesn’t have any respect, any place in this household, then I can’t stay here either. You have to understand.” Things are better with my in-laws now that we stay in separate houses. I can never thank Abhro enough for supporting me that day and restoring my sanity.

In the wake of the recent rape cases, I am often confused as a mother of a young boy

My husband is forcing me to take money from my father