“I can only tell him when do we make our next baby”- Rani Mukerji on Aditya Chopra, nepotism and more Rani Mukerji is going to be back in B-Town with her upcoming movie Hichki. She married film director and producer Aditya Chopra, in the year 2014. Aditya and Rani are proud parents of daughter, Adira.

On Day 1 of India Today Conclave East 2017, in Kolkata, Rani spoke about her husband, motherhood, nepotism and her journey in Bollywood during a session called From Babli to Hichki: A Career in Cinema.

Related reading:  “I do understand Adi’s point of view and respect it”- Rani Mukerji

Rani Mukerji revealed how she keeps her personal and professional life on two different platters and how she doesn’t make the mistake of talking about ‘work’ and ‘movies’ with her husband. Her conversations with Aditya always revolve around love, making love and Adira.

“I don’t talk about work with Aditya. I don’t tell him to cast me in films, I can only tell him when do we make our next baby. My conversation with Adi is all about love and Adira. I can’t have a huge family as I think I have missed the bus. I should have started long time ago. But I can always try for a second child.”

On a hilarious note, Rani also spoke about how she has almost made Aditya a Bengali. 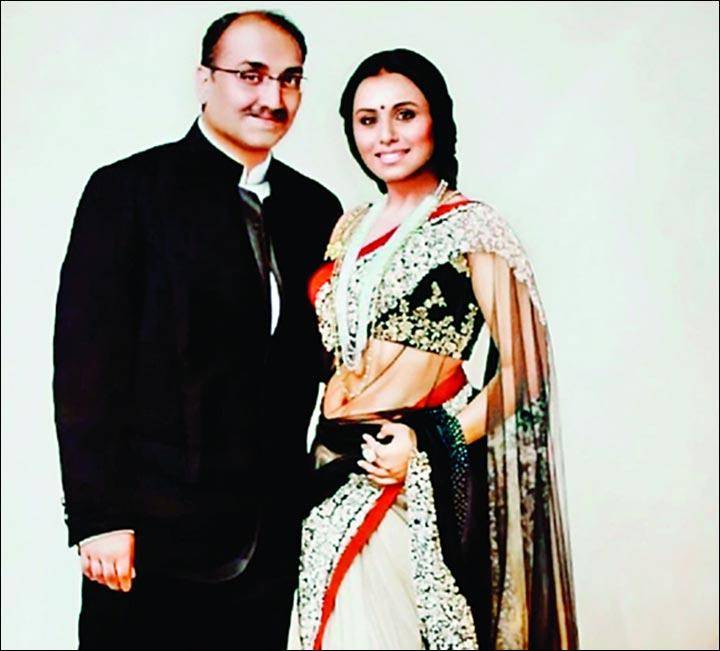 “I have already made Aditya Bengali. He completely understands Bengali. He speaks Bengali, not fluently, but he does understand. My daughter sings a beautiful Bengali song because of my mum.”

Rani was also candid and straightforward in sharing her views about the nepotism debate.

Related reading:  India’s real PadMan wanted to impress his wife; won the love of millions of women instead

“I wouldn’t say I had a soft landing. In the film industry, you get where you get because of your talent and merit. We have to sweat it out and work in all kinds of environments and wait to see whether the audience will accept you or not. You may be the brother, sister or daughter of a popular actor or director, and still not be accepted. When I got into films, my dad wasn’t a very successful producer or director. Nepotism debate is baseless. People have come from non-filmi background and made it big in Bollywood.” Rani also went down memory lane recollected the memories of those days when she wasn’t sure if she wanted to be an actor.

“I never wanted to be an actor. My mum wanted me to be an actor, I actually agreed to her wish. My father was very against my mum’s wish. He was not very keen that I join films because he has been in the industry for so long. He thought that I wasn’t too strong to go through the perils of cinema. I told my mum she should reconsider as I will make a fool of myself. But she wanted me to at least try. I did it and I realised that I wanted to do this. And then, there was no looking back.” Rani also talked about her upcoming movie and said, “ The two years break I took for my baby, I told my director I might not do it. I am too domesticated. He said if we work around the timing. I asked him I don’t know if I can act. When I went for the first day of the shoot for Hichki, I found it so easy. And I should never forget that this is who I am.”

After this brief glance into the other side of screen one could easily say that Rani Mukerji is an honest soul and a powerful woman. It’s true that marriage and motherhood brings vast changes in the life of an actress, but what matters is how well you respond to these challenges.

With her honest and candid account of her personal relationships and professional struggles, Rani Mukerji has won our hearts once again as a beautiful human and a powerful actress.

Why she is happy for her husband to have affairs outside their marriage, even though they love each other