I know we are friends but…

Whenever an article begins with a quote, it seems there is a certain gravitas to it, doesn’t it? Sorry to disappoint, the above quotable quote does not give the immortal words of any pop philosopher/life coach/pseudo-intellectual author. It is simply a line from a monologue uttered by a character on that most effective and powerful platform of all – a masala Bollywood film. This pearl of wisdom from the cheesy Maine Pyaar Kiya, the movie that taught kids of the late ’80s and early ’90s the virtues of dosti-turned-love never fails to strike a chord. Not for its profound depth of thought but for the sheer stupidity of the observation. Boy and girl can’t be friends! Bah, what baloney!

However, in the man-woman dynamics, there is indeed ONE grey area where the afore-mentioned ladka-ladki philosophy does have a bearing. And that’s when one of the two individuals in the friendship, suddenly, out of the blue, starts developing feelings for the other.

It’s happened to all of us

It’s such a common phenomenon that we have all probably gone through it at least once in our lives. In fact, the friendship vs love debate itself is as old as time itself, the subject of countless terrible rom-coms. However, what is interesting in this common situation is the moment – that horrible, horrible moment when the one who ‘feels’ decides to confess his or her feelings to the one who doesn’t.

Related reading: A proposal, a drunk text and a happily ever after

Let me explain why it’s so awfully awkward. It’s because there are multiple levels of embarrassment involved here. You know what the other person is about to say and you know your answer even before he asks the question. It’s even more horrible when you and Mr X aren’t exactly the best of buddies. You are just erm… good friends. In your naiveté about the ladka-ladki theory, you may have gone out for movies, had coffee and reasonably long WhatsApp conversations without realising that he had been harbouring romantic hopes all along. You simply hope he doesn’t get around to actually spelling it out because your answer is going to be a ‘no’ anyway. And you also know that THAT answer may end the love and the friendship.

My version of squirm

I am speaking from experience. We were the proverbial ‘good friends’. In my dictionary it meant, I enjoyed his company, I appreciated his help, sometimes I lent a shoulder for him to cry on and was generally warm and cordial. That also meant, I didn’t mind a cup of coffee or a movie outing. But it did NOT mean I was on a date. Alas! Not every man shared my views on outing and dating.

Friends did warn me about him though I pooh-poohed it. “Big deal, if he has feelings, it’s his problem. I haven’t given any signals otherwise. What do I do if he picked the wrong signs?” I’d say haughtily. So I continued the erm… good friendship… without paying too much attention to things like feelings and emotions (from his side) or the lack of them (from mine).

Once we went for a movie and on the way back, he was unusually quiet (no doubt mustering up courage). Usually, I am usually quite blind to a man beginning to look at me with different shades but when the afore-mentioned ‘moment’ arrives, the alarm bells start ringing.  Simply because the signs are typical. From a fun, simple chat, suddenly the situation turns serious. You can see the lips slightly quivering and eyes going misty. I braced myself for what followed… Silence for a few minutes

Me: Good, I have almost reached my house.

He: I have to tell you something.

Me:  Can it wait? I have almost reached home. I have a long day at work tomorrow.

(Me to myself: Gosh, this is soooo annoying. Why is he looking like a dukhi lover boy?)

Me: Err… what? You are sounding serious. Can you make it quick?

He: I know we are friends but I like you more than a friend…

My annoyance and embarrassment took on all these sound effects as I grappled with what to say. How do I tell him I am not interested? And be blunt when all along I had been polite and sweet? How do I tell him to just take back these words and meet later again as if nothing happened?

I handled it in the most mature way possible. I walked away.

Related reading: I proposed but she only wants to be friends. How can I move on?

What is one to do?

Of course there are far better ways of tackling it. You can always say, in a firm but sensitive tone – thanks but no thanks. You can say that while you appreciate the feelings you can’t reciprocate, you value the friendship, and all that jazz. Not that it makes it any easier because he knows it too and has mentally prepared for the rejection.

So why do they say it? Why do people confess even when they know the answer? Is it some kind of bizarre hope that somehow, somewhere the object of your misplaced affection will return the feelings? 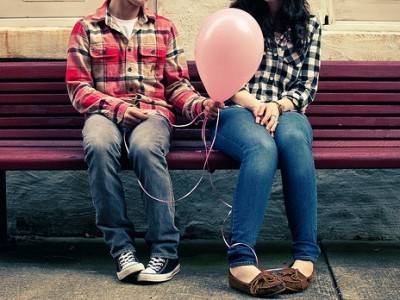 Sorry to break your heart men and women, it doesn’t happen that way. All it creates is a trainload of embarrassment. As I said, it’s common to fall in love with someone who doesn’t love you back. But if that’s not bad enough, what makes it worse is forgoing your ego and admitting to it.

Needless to say, there will be votaries who say it’s totally fine to make heartfelt confessions. The stress is off your chest and you can take the dreaded ‘no’ on your chin. You can be mature enough to move past after the rejection. But believe me, there isn’t an easy way to say it. Or hear it. The person might unburden himself or herself but it leaves the recipient with a ‘why-can’t-the-earth-split-up’ feeling.  And to look at a woebegone face when you’d rather continue sipping your coffee is not a pleasant thing.

As for my own episode, well, let’s just say it did get resolved after a while, though the crack remained. Hence, here is a simple suggestion to save all the trouble and the friendship. Don’t utter a word. If she’s interested, she will show it. And you will know it. Some dostis are best left at that.

How To Say No To Sex Without Hurting Him?