Nursing your wounds after a breakup is indeed tough. The way you handle it shows the difference between a mature man, and an average testosterone-fuelled, ego-driven man. I am ashamed to admit that I was the latter.

I let the anger in me simmer, and then slow-cook, allowing it to develop a mind of its own. How could she leave me? I found spirituality frivolous, and psychologists ill-equipped and unsuited to give me a solution. I wanted revenge, and the very thought and the thousand hallucinatory dreams made my head dizzy.

Related reading: 6 signs to know that your man is losing interest in you

I dreamed of zeroing in on her and pulling the trigger in public. I could see her battling my bullets. Oh, sweet revenge! I did that every day, for weeks and months following the breakup. I stopped myself from developing possible new relationships just to keep the fire raging.

I was very young and wasn’t earning much. I saved up secretively. Every month, I set aside a considerable sum for my justice – and led a super frugal life. I skipped several meals, auto rides, and movie shows. I stopped buying newspapers. I switched to a prepaid number and limited the data. I limited my coffee intake to just one cup. I stopped shopping for clothes altogether. I had a haircut every four months, versus the usual once-in-a-month routine. Soon, I had Rs 25,000 ready.

I visited a shady locality in the old part of the city, and my interactions with the locals, thanks to my media job, had earned me enough friends to help me navigate the place. I soon found a dealer to buy a gun for Rs 20,000. I was surprised that it was cheaper than I had thought.

Related reading: How to seduce a woman with words?

Some strange peace entered my mind as if I was meditating. I thought of nothing else those days except for revenge. I worked as usual, and found work a joy, for my internal demons had now gotten an answer – and my eyes shone with passion, and my mind thought of the gun in my cupboard every other minute. As soon as I got home, I locked the door, and then took out the gun, and secretly admired it. 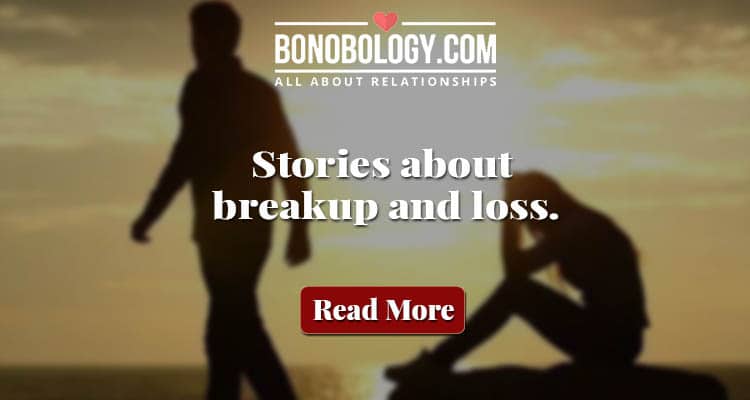 I stalked her on Facebook and other social media and found out her whereabouts. I went there, and waited in a park adjacent to her house, with the gun carefully hid inside a tiffin box full of tomato rice. It was a 0.22 light country gun, and its handle was poorly fixed and creaked when held tightly. Never mind, I believed that it could shoot. I believed the salesman. I believed.

From the park bench, I could clearly see her entering and exiting her house’s main gate several times. I knew the range of the gun was short, so I found a corner of the park that was directly opposite her gate.

I did not shoot, however. Some internal transformation was brewing. For two days, I visited the park and sat on the same bench. I watched her come out with her parents, with her siblings, with her friends, all smiling and happy. I must confess, my heart still fell crazily in love with her smile even when my mind was plotting to put an end to it. “What am I doing?” I kept asking myself, and for a moment, tried thinking from a neutral perspective. Some sense dawned in me. I did not go there on the third day. I did not want to do it. It was so unlike me. I took the bus back to the old shady neighbourhood.

Related reading: 9 things to make a man stay madly in love with you

The dealer was surprised when I returned the gun and the bullets, wrapped in a handkerchief. He asked for no explanations but returned only Rs 18,000. I simply took back the money and walked towards the market. I wanted to buy something for each of my family members. Pearls for my mother, a new phone for my dad, some books for my friends… but before that, I wanted a coffee. I went into my usual restaurant and ordered my favourite cuppa. I could think straight at last. A faint smile appeared that lasted for a long time.

Broken relationships are very common nowadays. They may happen due to reasons like dissimilarities between partners, ego, high expectations, lack of compatibility or individual differences.

The situation, in this case, shows how the person was affected by the breakup, which led him to show aggressive behaviour to such an extent that he planned to kill the girl. To avoid similar situations, first, one should be wise enough to make correct decisions about their partner especially in terms of their choices, interests and views. Relationships will not fall apart if people are not extremely different or they learn to accept each other’s differences. Selection of an appropriate partner is like laying the foundation of the building. If the selection is wrong, the building will eventually collapse. After sensible choices are made, the second step and probably a fact that most people forget is the sheer impermanence of relationships. People separate, if not over time, then after death. A relationship may or may not be long-lasting, depending upon the choice made at the first step, and this holds even for marriages. Accepting the inevitable breakdown of some relationships, is very important, especially those that have not been well thought over.

Accepting the termination of relationships is a difficult yet important phase of the breakup. Yes, initially there is denial and aggression, followed by grief and sadness, especially in long-term relationships. However, as individuals move towards acceptance, they grow as individuals. The boy’s immature stance is reflected in the aggressive way he reacts to the breakup, but eventually, his personal growth is also reflected in the way he forgave her and moved ahead. Later, he also developed insights into the consequences of his previous behaviour and how he had made his life very difficult for himself. Healing a broken heart takes time, sometimes a lot of time.

Acceptance of a breakup can be enhanced by reframing it; stop seeing it as the end of your happiness. Instead, you can turn it into a challenge by trying to live your life the best. Being heartbroken can make you feel worthless and hopeless. Learning to see your situation from a different perspective can enhance your life. Therefore, termination of relationships is not simply a setback, but can also help a person grow emotionally.

– Dr Kushal Jain is a senior consultant psychiatrist with more than over 12 years of expertise.