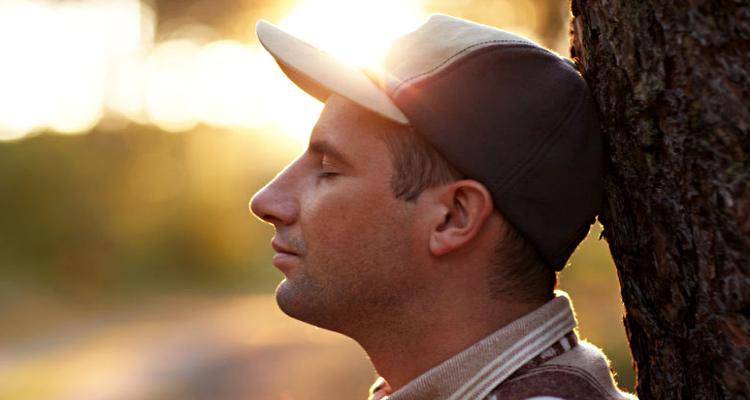 All my life I’ve lived a rollercoaster of emotions, lack of sleep from an early age, anxiety levels going through the roof and this was the only life I knew.

He never could understand why I wouldn’t just ‘snap out of it’, or ‘get over it.’

I tried to make him understand, but he was either unable or unwilling to accept that I had an actual problem; that it wasn’t all in my head.

Then I became frustrated. And that frustration — coupled with a lot of stress — sent me deeper and deeper into depression. My thoughts became darker and darker, but I couldn’t even force myself to seek help. Practically every week I would have thoughts of suicide that I kept to myself.

For years we went back and forth between my episodes of mania and depression; neither of which we both understood. To him, the two were distinguished by the times he liked me, and the times he didn’t. For me, it was the same.

There we were; neither of us likes me half the time.

Then there was a day when I was 27 the pressure from my job was too much; I worked endless hours running my own PR firm. I reached a breaking point one day and just stopped working.

It became too much

I jumped in my car and Googled the nearest hospital that had a psychiatry department. I called up the doctor’s suites and prayed there was a chance I could see him. Luckily, there was a cancellation for the day. I booked my time and drove to the hospital 30 km away. I cried all the way.

In a 2-hour session with the psychiatrist, I told him I believed I was bipolar. After he reached the same diagnosis, I was prescribed an armada of medication to start.

I got to the pharmacy feeling a sense of relief that there was medication to help me. I didn’t know what to expect but was warned I would need about a month to adjust to the medication. In between, I was told I would relapse and I just had to look for the signs and call the doctor as soon as I felt the relapse setting in.

I got home around the time my partner was home from work. I sat him down and told him everything but I could see he wasn’t absorbing what I was trying to say.

I started my course of medication and I felt like death. My mental state was held hostage as the meds started to take effect. I slept 20 hours a day, waking up to drink water and returning to bed after the next dose.
I could see that my partner resented me more but I needed to fix myself even if I had to do it myself. It was either I did this or took my own life.

To him this situation was all in my head and at times he used my condition to control the relationship.

It took a month for me to settle into the medication and 6 months later I was thriving, I felt reborn. I never knew a life other than being bipolar and not having it controlled. This was a new chapter for me literally. I took control of my life, making decisions that affected my life and my needs as an individual; my partner saw this as rebellion. I started to want an equal say in our relationship and this frustrated both of us, as he was used to his God complex.

I relapsed a year later, as I wasn’t being supported emotionally. Then I felt myself slip more and more, I got onto stronger meds and this didn’t help. Eventually I had to walk away from our relationship in 2012. I refused to go back to being his subservient other half. We attempted to get back together a few times but nothing changed, I was still seen as the mental case.

My ex and I remained friends to the best of our ability but now he chose to stay away, also taking away the joy of my furry kids who I haven’t seen for a year now.

It hurts tremendously to not have them with me, they were the only ones who knew my state and what I needed…love, which they gave unconditionally.

The old me would have gone manic and sought to do everything in its power to fight for my beloved chihuahuas; however, I chose to remain calm. I left him with one message – the day I’m ready I’m coming for them and nothing will stop me, let alone his verbal abuse.

He still doesn’t understand my struggle; how much it takes for me to get out of bed most mornings; not knowing which days I’ll have the will or the energy to just do.
I’m not sure that he’ll ever understand, but I’ve resolved to stop driving myself insane (pun unintended) trying to make him.
It is what it is.

I won’t let it win

My mental illness may have ruined my relationship, but I refuse to let it ruin me. After everything I kept my vow to follow through my treatment plan in order to maintain my sanity…as sane as one can be. I may be alone in this fight — this fight against this very real condition — but at least I’m fighting. At least I’m committed.

Related reading: My wife talked me out of my depression

I rebuilt my life resolving that I needed to find exactly who I am before I intended to share my laughter with someone. I would rather remain alone than have to deal with someone who either used my condition to his benefit or hurt me again.

Like Baahubali, rise from the unknown, face your fears and remember that there is help out there even if you have to seek it out yourself.

15 reasons why being friends with your ex doesn’t work

Are you a man facing abuse?

I had to choose between my family and my lesbian lover

An Oxford graduate, a free spirited thinker, author and opinion maker with a passion for words.