I’m lucky to be a stay-at-home husband and father. But society disagrees. 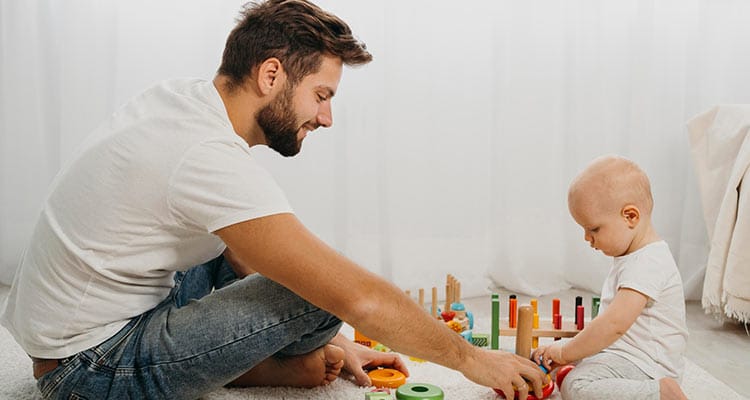 My cook has a very unlikely voice. When most maids speak so loudly that it might get irritating at times, my cook’s voice could hardly be heard from the other side of the room. She loved to gossip and her hushed tone suited her hobby the most. It was she who asked my wife the questions she was dreading. The conversation started like this.

It was very apparent that she actually couldn’t control it – the questions were bubbling inside her. She was asking if her husband had been thrown out of work and hence stayed home.

From the other end, I could hear a few sparse words as she conversed with my wife who had just given birth to a baby boy. My wife later told me about the whole conversation.

My wife told her I, her husband, work.

How madam? He sits at home. What work!

My wife asked her if she hadn’t seen me working on the computer.

She smirked, then asked where I went in the evening, to which my wife responded I went to work.

To work in the evening! What kind of work is that?

As my wife struggled to answer her questions, the maid stopped asking, probably out of sympathy. The tone of her voice clearly spelt out her intention, she had disbelieved every word my wife had said. The maid was convinced that I had lost my job.

Also that I was suffering from some mental ailment as I used to cook breakfast, give my wife a bath, go out in the afternoon and, for the rest of the time, was stuck to the laptop.

I have never been in such an unusual situation before. My wife had a complicated caesarean section delivery. She was advised complete bed rest for almost a month post the delivery. We had practically no family in Mumbai. Her sister, the only relative in Mumbai, used to drop in sometimes.

My wife used to struggle with the newborn (who used to be sick frequently) and, given her own health, she had no energy for household work. So it all came on me. With my wife in such a fragile condition and with no permanent maid at hand (we couldn’t afford it, actually), I took the drastic decision of quitting my regular job.

I decided to be a stay-at-home parent and husband. Part-time.

I used to work for a newspaper in Calcutta and freelance for the another newspaper (in the same group) and the best part of the job was that I didn’t have to report to an office everyday. I used to do my interviews and keep my meetings in the evenings (since I worked the entertainment beat, the timings worked for me) and for the rest of the day and night, I used to write on my laptop.

It suited me because I could help my wife and my newborn.

But for my neighbours and the maid, it was a strange situation – they never saw me leave home (since I used to leave home anytime between 4 pm to 6 pm and used to be back home around 10 pm).

My wife was subjected to crude questions from neighbours and maids about what I did, what exactly was my work profile and how we managed every day (financially). The word that went around was that I was without a job and lived on the mercy of my father who stayed in Calcutta.

My neighbours rarely smiled at me and smirked when I used to ask them anything.

This happened in upscale Bandra where I used to stay on Shirley Rajan Road (just behind Carter Road).

That was the time when I realised that everybody has to feel the prejudice of gender stereotyping in India. It doesn’t matter whether you are a man or a woman or whether you stay at an upscale locality. Or, whether you are treading off the beaten path for a purpose.

If you don’t do certain functions that are expected out of you (like leaving for work at 10 am), you subjected to intense social ostracisation. Nobody is really keen to listen to your story because everybody thinks you are lying.

Related reading: ‘Lipstick Under My Burkha’ – You Need Not Be Ashamed Of Your Desires

When I got my job where I could be a part-time, stay-at-home parent, I considered myself lucky.

Maybe for them I am not, but between my wife’s appreciative smile and the cute little’s one’s ever-new antics, and the money (which is not bad at all), I think I am!

Nice read. I respect what you did!