Inter-Caste Marriage: My Parents Are Threatening to Commit Suicide

I belong to the general caste and my boyfriend is from a scheduled caste. We are in love with each other for the last 3 years and we want to get married and start a new life and it doesn’t matter to us if it’s an inter-caste marriage.

My parents are totally against this relationship and are forcing me to marry in my caste. They are threatening to commit suicide if I marry my boyfriend and they tell me that if I elope with him and get married then they will be ostracized by the society because I ran away with someone from a lower caste. They would have to hear the taunts all their life and no one would marry my younger brother. We are going through a harrowing time. My boyfriend lost his mother two months back. Recently he lost his job too. He now has his father and sister at home who might accept our marriage eventually but my parents, I am sure, will not accept. My mother has high blood pressure she is getting so stressed that I fear she would fall ill.

But we love each other very much and cannot think of a future without each other. Please help.

It’s a shameful truth that society still stands divided into castes. It’s sadder that parents and families give more importance to this caste division and how people around will react when thinking of their children’s marriage.

It’s clear that you want to marry this man

Before you think of eloping, try to reason with your parents.

Decide a timeline for yourself before taking the final step. Basically, giving yourself time and your family the time to rethink and decide on this issue. Your boyfriend can find work in the meanwhile.

You are an adult

It’s important that parents consent to your marriage, but not imperative. Since you are an adult, who you marry is your call to make. You have to talk to your family about how much and why you like the boy and how he makes you happy. Of course, if in the meanwhile both of you are working and independent it makes things easier for the two of you. Then this inter-caste marriage would not be such an issue.

You said the boy’s family is okay. Maybe you can take them in confidence and see where things are going. Do not take any hasty decision and be patient with your parents. 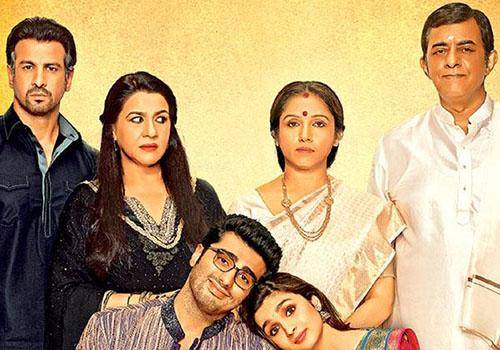 You have to understand that they have a set of beliefs that you may be unable to change. Respect theirs, but ask the same from them. Also, it’s equally important that they value you as their daughter and keep your happiness a priority. This is something you need to convince them off and therefore need patience.
So give them some time and be patient.

Finally, the choice is yours

It’s unfortunate that your parents think the way they do. Part of growing up is making our own decisions and having the courage to live by them and the consequences whatever they may be. I am not the right person to tell you what to do. All I can say is that life is long and you can’t make people agree with you, neither can you agree with people all the time.

Make choices you believe to be working for at that time and take responsibility for those choices and have the courage to bear the consequences.

Living With an Alcoholic? What You Should and Should Not Do!

How Do I Stop Abusing My Wife?

I’m dating my friend and it has changed our friendship. How do I handle it?

How do I deal with the pain and despair of divorce?

Her SMS To Me Revealed My Husband’s Extra Marital Affair

When I Fell For Him He Got Married To Someone Else

Why Am I Ridiculed Wherever I Go?