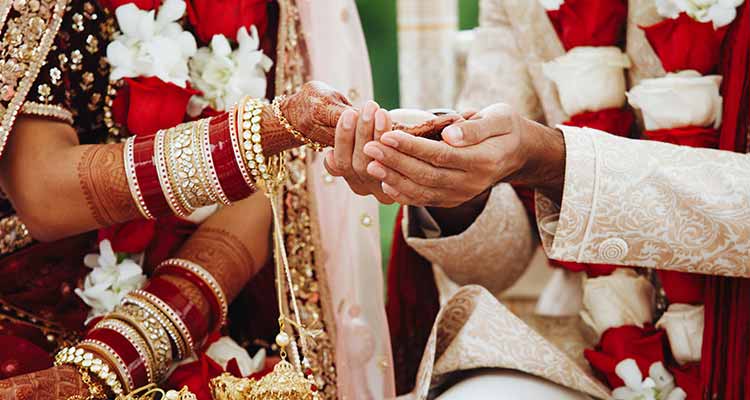 The world perceives Indian weddings as week-long colorful celebrations that have been meticulously planned for months, if not years. A stunningly dolled up bride along with her beautiful bridesmaids, a groom dressed in stately attire fit for a maharaja, sumptuous feasts, and bespoke gifts galore not just for immediate relatives but often cherry-picked for each attendee, are some of the common features of most Indian weddings, which to an outsider, look exactly like a fairy tale and is nothing short of a magnum opus which is often the manifestation of one’s life’s savings.

However, when one is swept up in the madness that is an Indian wedding; one fails to question some of the old customs and traditions that reek of patriarchy and misogyny, and yet, have been blindly followed, practiced and celebrated for generations. One such concept is kanyadaan. In modern times, the kanyadaan significance has been questioned often. Is kanyadaan patriarchal? Is a woman a commodity to be given away by one man to another?

These questions are relevant as the meaning of this custom has undergone a sea change since its origin in the Vedic time. Let’s delve deeper into the kanyadaan significance when the practice first came into being and how it has changed over the years to understand if it really holds relevance in the times we live in.

Kanyadaan Significance – Then and Now

To understand the kanyadaan significance, we have to look back into the annals of history going all the way to the Vedic times, when this ritual took root as a notion of acceptance. It entailed the groom accepting the bride and making a promise to respect her and treat her as his equal in all respects.

The Vedic age was a golden age for women, providing them the liberty to pursue higher education and be a breadwinner, like her male counterparts. However, with the change in social structures and the shift from the Vedic age; the circumstances that women were married in, changed substantially.

The rise of several social evils such as class and caste also saw a rise in child marriage which led to the daughter being perceived as a ‘burden’ by her parents. This led to the evolution of kanyadaan as a concept as we now know it, along with the unabashed demand of asking for jewelry/cash/ other gifts from the bride’s family in the form of dowry, as a way of guaranteeing the bride’s wellbeing in her new family.

Related Reading: Everything About The 9 Types Of Marriages In India

The need to explore kanyadaan alternative

A girl, as she hits puberty is often told that she is paraya dhan (another’s wealth), or that she is another’s amaanat (bailment) – all of which seem to indicate that the girl has come into this world with the sole purpose of one day marrying into another family and that she is nothing more than a guest in her parents’ home.

She is compared to a bird who will one day fly away from her nest to make another’s home, her own. What is perhaps most mortifying is that kanyadaan, which was initially a custom aimed at ensuring acceptance of the bride into the groom’s family, has now come to be known as the giving away of the bride by her father to the groom’s family – as one gives away one’s wealth or possessions.

Exploring the possibility of solemnizing a marriage without kanyadaan has become a compelling need, as this custom takes away a woman’s autonomy completely and reduces her to a chattel that is merely exchanging hands. However, most fathers perceive kanyadaan today as a matter of pride and honor, and giving one’s daughter away is a concept that is romanticized equally in both Hindu and Christian weddings.

As we slowly move away from skewed notions associated with the sexes and gender bias toward a world that involves the juxtaposition of the two genders and not treating them as two opposing ends of a spectrum; one must ask, does equality of the sexes only mean equality of occupations?

Can we truly succeed if half of us are still held back, and treated not as persons, but as another’s possession? If gender equality is no longer an uncomfortable topic but is truly espoused; would the attendees at an Indian wedding be comfortable witnessing a kanyadaan alternative – a putradaan. Or even tolerate it being practiced alongside a kanyadaan such that it is truly an acceptance that is mutual and reciprocal?

Is it fair to expect an Indian girl to live with her in-laws after marriage?

This is how the Indian marriage market works

9 Psychological Effects Of Being The Other Woman