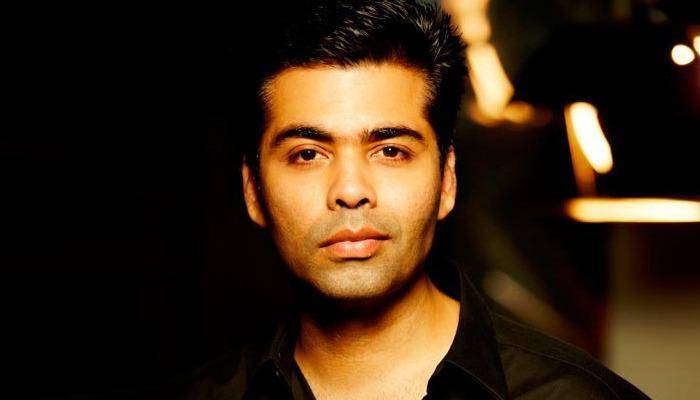 Bollywood’s favorite Godfather turns a year older. We are talking of Karan Johar, who celebrates his 46th birthday today (May 25).  The grapevine says Karan – KJo to us in the media – is flying off to New York to bring in his big day. And why not, considering New York, he has always maintained, is his favourite city. Heck, he goes to NY even when he gets into a creative block while writing a script about rich people facing rich people’s problems while we lesser mortals just down a cup of coffee and go for a walk in the polluted neighborhood garden when we are stuck for words. Ah well, that’s the perks of being KJo!

So as per reports, Karan will be in the big Apple and giving him company will be some of his closest friends who are joining him in blowing the birthday candles. What a lucky group that is! Honestly, we could all do with a Karan Johar for a friend.

I mean, it’s not just his wealth and position (err.. okay, that does play on our mind) but there are so many reasons to be in that group who will be biting into that birthday cake. When I celebrate my birthday and friends and colleagues irritate me with the ‘paarrrrty kahaan hai’ refrain, the only thought that comes to my mind is to run away and tell them I am going to a cave to meditate to seek blessings, a la Modi. So many thoughts race through my mind – which club is reasonable yet classy enough? Will they pay for their drinks or will they drink themselves silly? Will they get an expensive gift for me or will it be proportionate to the size of the party I throw? No such worries for Karan’s friends. He flies them to his birthday destination. He throws them king-size bashes. And it is he who spoils them with gifts. I had once heard from sources how Karan had given a huge wad of expensive notes to his bestie Gauri Khan just so that she could go shopping during a shoot. Wow.

2. Karan Johar will give you a makeover

Let’s admit it. There is no better stylist in Bollywood than KJo. He can make an actress (and actor) look good in a way that even Yash Chopra failed to. Now, to be Karan’s friend, your style quotient has to be A plus.

In one of his interviews, he had mentioned, how he had a WhatsApp group with Kareena Kapoor and a few others which was called Gutsss… where the gossipy gang b*****d about those with a terrible fashion sense. What fun!

But to be part of this gossip gang, your fashion sense has to be on-point. And with Karan Johar by your side, you will instantly get a makeover. The director-producer is a Fashion Guru. Image Source

3. Karan Johar is your fashion guru

He is the original trendsetter when it comes to looking great. Karan is also friends with all of the hottest designers in town. So getting access to a Manish Malhotra to do your wardrobe will be a cakewalk if you are Karan’s buddy. He also has the access to the best fashion magazine offices in the country.  Also, given his pointed opinions about everything and the conversations he must be having in the Gutss group, he will be your best shopping buddy. Just ensure you have a fat check when you go shopping.

4. Karan Johar is a loyal friend… who comes back

Karan never leaves his friends’ side. Okay, I erred… he does…. But he always comes back to you. Case in point: Kajol. Once his BFF with whom he made some great films, he and Kads had a huge fallout when she decided to support her husband Ajay Devgn over friend Karan Johar during a controversy.

He even lashed out at her in his autobiography and we all shed tears over the end of a friendship. But guess what? They are back together. Back to being best friends and chatting up on the Koffee with Karan couch. Friendship is all about saying Sorry and Thank You and Welcome Back. Karan is all things fine and posh. From his films to his parties to his travels, Karan does everything with panache. It reflects in the movies he makes. It shows in the Instagram travel pics he posts. He loves luxury and is unabashed about it. If you were the Spice Girls, he would be Posh Spice. And he also knows how to draw attention to himself. You can become famous just by being his friend. What’s not to like?

6. Karan Johar is funny and charming

Read his book An Unsuitable Boy and you realise what a funny guy he is. He has a sense of humour that will keep you in splits. Plus he knows how to laugh at himself too. Karan Johar makes for great company and that alone is a reason to have a friend like him. He also is a person who can bring extreme sides together. For instance, he can be friendly to both, Deepika and Sonam. No one says no to Karan – he is truly the Fairy Godfather everyone needs in their life!

Why we all need to be like Kangana Ranaut – single, sexy and outspoken?