Lady at the bar 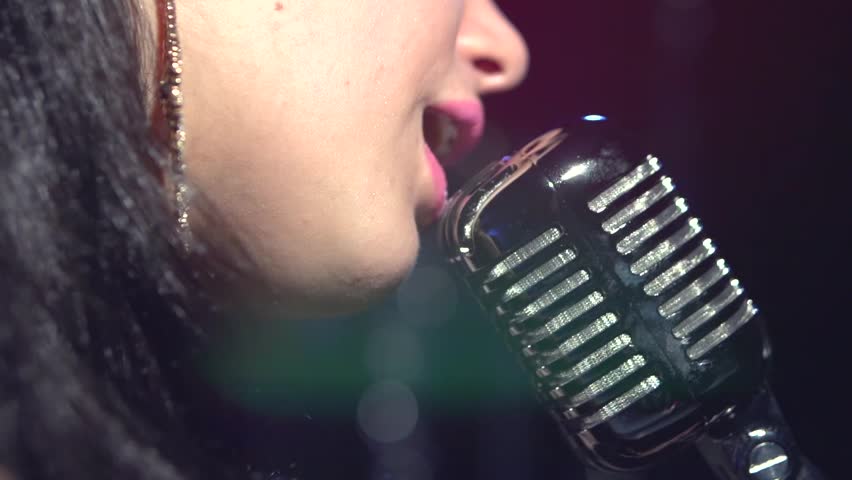 The year was 2011 and I was roaming around the Park Street area of Kolkata. The sun had started shifting towards the western horizon. Its rays had grown feeble and soothing to the eyes. It was the occasion of Christmas day. There was festive spirit all around. The road was thronged by people, of all ages and gender.

Among other things, I noticed that the pubs in the area were bustling with people, mostly youngsters. Everyone seemed full of youth and vigour. I was eager to celebrate the occasion. And at the moment nothing seemed more befitting than to enter the roadside “Trinca’s Bar”. < Nothing was visible inside the bar. I was not adept to such dark ambience. In my attempt to rush forward I fell on the floor. A couple passing by me looked at me as if I was a habitual drunkard. I took the support of a table to raise myself up and tried to accustom my unaccustomed eyes to the dim surrounding. Every seat in the bar seemed occupied except a single arrangement consisting of a high-heeled round revolving chair and an attached table. It was erected just in front of the orchestra dais either as a barricade between the orchestra dais and its intoxicated enjoyers or as a special arrangement for a VIP drunkard. Whatever may be the reason, at present it provided a place for me. Initially, I felt like an intruder in the elegant world of the “Trinca’s bar”.< The bar was a picture of taste and refinement. Men and women were almost in equal numbers. The exciting sound of orchestra was almost deafening my ears. At the same time the waiter was impatient to take an order. I hastily ordered a bottle of the “Teachers Whisky” and a plate of Paneer Pakora to complement the drink. This was not an eclectic choice but a selection at random from among the host of drinks listed in the menu book. The alcohol had started working on my senses. I was losing grip over the faculty of my mind. The ecstasy was further fuelled by the musical delight of the evening. A fair looking Bengali Girl in her early twenties and Durga shaped eyes was singing at the orchestra dais. She wore a cream and red sari and was looking gorgeous. A golden necklace round her neck glittered brightly. I can still recall the Hindi song sung by her. I wondered why she was not choosing a better platform for her mellifluous voice. Heavy dose of alcohol does not suit my metabolism. It works fierily on my senses. Generally, I stop after 2-3 pegs. But tonight, for some strange reasons, I continued drinking. The feeling of inebriation ran through the veins and muscles of my body. I even tipped the singer a green crisp currency note of five hundred rupees as a tribute to her touching voice and beautiful selection of songs and ghazals. She accepted it with a polite smile. In my drunken state it was not an act of lavish extravagance, but an exalted sense of admiration for the art of music. It was around 12.30 at night. The bar was almost empty. It was incredible that the same hall, was bubbling with activities just an hour ago. A waiter requested me politely to leave as it was closing time. I, somehow, managed to drag my feet towards the exit. However, I felt the need of a support to correct my staggering steps. Just then, I felt someone from behind hold my shoulders, with a smooth grip. I looked back and saw the same girl who was singing at the bar. She had changed her dress and now looked like an ordinary girl. “Hey…you look like a gentleman. Why do you drink so much?” she asked. “If I would stop drinking then don’t you think that the elegance and the commercial viability of the “Trinca’s Bar” would come to a halt?” I replied laughingly. “I feel there is some other reason behind it,” she said doubtfully.

The bar girl laughed at my reply.“Where do you live?” she asked.<

“Salt Lake, Neelkanth Apartment, Flat No. – 4D,” I said, almost in one breath.

“See, it’s already 1.00 O’clock. You won’t be getting any conveyance at this time. My house is just at 15 minutes walking distance from here. Come to my house,” She said, tightening her grip over my shoulder. I felt helpless and obeyed her.

She took me through a labyrinth of narrow alleys into a house. The house appeared like a quarter allotted to the fourth grade staff of government department. It was a small room thatched with asbestos sheets. A wooden cot was placed at the door, which blocked its opening. A gas stove and some washed utensils were kept at one corner of the room. There was a small statue of Lord Jesus placed devoutly on the altar. A garlanded photo of a man, whose face resembled the girl, probably her late father, hung from the wall. A woman in her mid forties, coughing incessantly, was squatting on the floor.

“This is my mother,” she introduced. The woman gestured me to take a seat, supposedly on the wooden cot. My mind had conceived the girl at the bar to be the embodiment of glamour and refinement. But here the picture was sharply contradictory exhibiting a sharp contrast between her impeccable gorgeousness and the visible shabbiness of her habitat. To my surprise, her face carried the same stoic smile as in the bar. In spite of the gleam of scepticism in my eyes she remained nice and gentle.

Anyway I was feeling drowsy and don’t know when I dozed off.< I was eagerly waiting for the forthcoming weekend. The Trinca’s bar and Charu had left a deep impact upon my mind. < Ten months passed and our intimacy grew. I had a great fondness for her sense of humour and struggling spirit towards life.< It was the month of October, 2012 when I had to shift to Patna for some professional reasons. The news was indeed saddening. I booked a sleeper berth in Howrah Patna express. On 27th October I was to bid final adieu to this “city of Joy”. I communicated the news to Charu, nearly a week back, through phone. I expected her to feel sad. On the contrary I sensed something unusual in her tone of voice. Perhaps she could not fathom that at the moment the uncommon formal essence in her voice would considerably hurt my sentiment. Over-expectation is a human aspect which is devoid  of logic and reasoning. Actually I was willing to meet her before my departure, but had to contain the desire within my heart. On 27th, with a heavy heart, I boarded a public taxi to the Howrah railway junction. At the junction I hired a coolie to transport my belongings to the train’s compartment. My berth was an aisle lower one. Exactly five minutes were left for the scheduled departure of the train. I opened both the windows to let the fresh air cool the compartment. Suddenly my gaze went outside the window. To my utter astonishment, I saw Charu walking quickly on the platform, randomly peering inside the window of the bogies. A streak of sweat was on her forehead. She was breathless and seemed anxious.I immediately left my berth and rushed towards the door. As I stepped down and waved my hand, she came near and hugged me tightly. The trail of tears flowing from her eyes were silently drenching my neck. She tenderly kissed my forehead. I was left enthralled at this unanticipated and affectionate farewell given by the bar girl, whose profession is generally considered a taboo in our self-proclaimed “puritan” society. The train chugged through the track. I re-occupied my berth and lighted a Marlboro cigarette, while continuing to enjoy the beauty of nature outside the train’s window.<

Beautiful encounter. Reminds me why real life is so much better than the online world we are living in right now. Nothing beats true human connection

Its an experienced​ fact. True human connection has its own spontaneous and natural beauty. Thanks a lot for your views.

Enjoyed reading the narrative. And somewhat curious to know the after-story.

Thank you very much for reading the blog.

I can live an eternity with her

Stay Calm During An Argument And Don’t Let Your Spouse’s BP Rise!