List of things my husband wants me to do. Unfortunately, none of them dirty!

A day in the life of a happily married couple

Whenever I am sitting next to my husband, my eyes full of love and reaching out to his hand like Anil Kapoor did to Tabu in Virasaat (thoda ulti hai hamari relationship), my husband will say “Baby, find my chashma, I seem to have misplaced it!”

I sigh and get up to find his chashma. I look under the bed, under the pillowcases, getting a crick in the bargain and then an unapologetic voice says, “Sorry baby, I am wearing them.”

And then while I breathe easy, he says, “Baby, get me a glass of water. My diabetes is playing up. I want to have Glucon D.”

Everything else on his mind

Finally I sit next to him and he says, “It’s just havoc, havoc,” like a soothsayer predicting doom! “What happened?” I asked, concerned. It’s either the share market which has played havoc or in cricket there is havoc. I feel listening to his voice booming ‘Havoc!’ that Doomsday is about to arrive and I might as well die in designer clothes.

And then his voice comes, searing my body, “Baby, don’t use your credit card for some time. I am having some issues with the bank.” “Damn,” I think, “I might as well die in that faded nightie which I was planning to cut and use as house dusters.”

Related reading: 10 things a man should never say to his wife

The steps I climb for you

The other day we had some guests over for dinner. My husband proceeded to get drunk and saw to it that the others got drunk too. We have four attics in the house. He made me climb all the four attics.

“Darling, can you get that Japanese whiskey 1921.”

I had the servant holding the makeshift wobbly ladder while I climbed it muttering “Om namah shivay.” I feared so much for my creaky old bones. Thank God I survived without any bone break. Needless to say, everyone had a good time, but I was so tired climbing all those makeshift ladders. I checked my Fitbit to see my stairs reading. ‘20’ it said. I gasped, “No wonder I was so tired, I normally don’t do more than 2!”
Related reading: 10 things you will relate to if you have an Indian MIL

Remember my mom’s gift for you?

Then we had another set of guests who were business guests.

“Baby, I want to give them authentic Punjabi food. Remember those recipe books which Mom had willed to you when she had died, can you cook from those?”

I thought to myself, “What about the fake gold necklace which she had also willed to me?” I’d tried to sell it but the jeweller had said it was silver with gold polish. I didn’t tell my husband about its fakeness, but I told him with the right kind of emotion with my voice husky (as if to hide the tears which never actually welled up) that it’s a family heirloom and I will preserve it till I die. 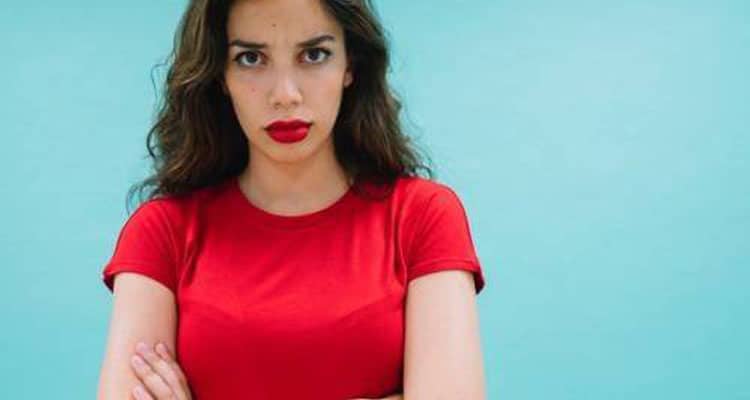 I called the cook and said, “Read these recipes and cook like that.” I threatened him that if he did not, I would cut his salary and tell his wife about the silver anklets that he gifted the maid. The cook did a fantastic job, but being a Gujju cook, he could not resist adding some sugar to the food. But my hubby’s white guests loved it. They said it tasted like sweet n sour vegetables. My husband could not make up his mind to be angry or happy, but he got the order, so he was happy. All’s well that ends well.

Related reading: A lazy girl’s tips to win his heart with food

Can you take that call please?

My husband has loads of unwanted calls from his clients to whom he could not deliver on time. Most of the time when he is at home he makes me pick up the phone and say, “Sir will call back later, he is in the toilet.” One irate customer asked me, “Why is he always in the loo? Give him Lopamide.” I giggled and my angry and sheepish husband said, “Treat my customers with reverence!” But I thought to myself, “If he doesn’t, why should I?”

But the worst was another call and he said, “Pick it up.” It was from the guy who cut his hair. “Why are you avoiding him?”, I asked.

“Because he is asking me for a loan.”

“I, and be known as the hardened bitch? I will not do it.”

“Please,” he pleaded, but the phone stopped ringing and I went to the other room.

I ran back. “What happened?” I asked him.

He was standing on the bed. He had seen a cockroach.

Let me kill that for you

I saw the cockroach and I hurled a chappal at it. I was bang on. It hit the cockroach, which shook a little before the life ebbed out completely. I picked up the dead cockroach triumphantly and shook it in my husband’s face.

He screamed in horror. He is terrified of cockroaches.

I did the needful, but not before again shaking it a wee bit in front of him. Finally, I sat next to him and groped for his hand. This time he did not pull it away. Let me kill that for you

It was just like the movie Virasaat, except he was Tabu and I Anil Kapoor in real life, but obviously I don’t want to go into detail.

This is what happens when I tell my husband, “I am off to my mom’s”

30 Compliments For Men That Make Them Happy