My boyfriend seems to be losing interest 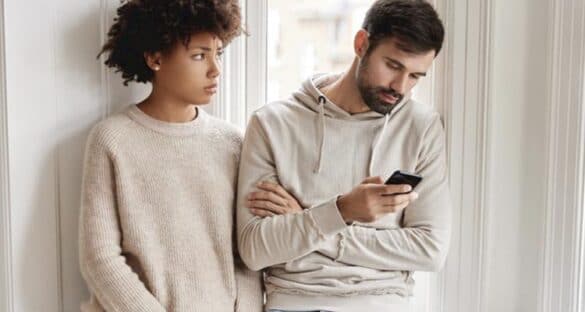 Q: My boyfriend and I have been together for a little over 2 years now. Suddenly he seems to be losing interest. He says he wants to break up. I’ve done everything I’m not supposed to, like begging him to stay and telling him I can’t live without him and that I love him a lot. I’ve also tried no contact, but he texts on day 2 and I can’t reply to him. He does want to talk and spend time (sometimes) but other times he just doesn’t want to see me. We fight a lot. (I guess I start fights most of the time.) Every time we text, we’re fighting. He stopped caring about my feelings anymore – he’s not bothered when I cry. He just leaves me there to cry. He isn’t as sweet as he used to be.

Basically, he wants to talk sometimes and doesn’t want to at other times. It’s been about a month since this has been happening. He says he lost trust in me and when I ask “Will we be together forever?”, he says he doesn’t know. (He used to say forever and always before.) I feel terrible right now, I’ve no idea what to do. He still says he loves me but at times he says “I don’t know if I love you” He doesn’t talk much to me. I have to do most of the talking. But he answers my texts as soon as he sees them. I can’t understand his mood swings. He’s angry at times and says he doesn’t want me.

And at other times, he says he loves me more than anything. I ask him to talk (through texts) to fix whatever is wrong in our relationship, but he doesn’t want to. All he says is he doesn’t know. I’ve asked him if he really loves me, which makes him angry. Could you please suggest anything I could do, anything other than the no contact, to get him back?

A: It seems relatively clear from your description that your relationship is going through a rough patch. Initiation of relationships is easy; it’s the maintenance that requires consistent efforts from both sides. If something is requiring you to put so much effort without giving you the slightest results, it definitely indicates something is wrong somewhere. You seem very keen on making this relationship work; however, you have to be very sure that your partner wants the same. To make sure, explore your trust and commitment issues with him. Try doing this in person rather than texting or calling, as it gives you a detailed and clearer understanding of your partner’s thoughts. Efforts to sustain a relationship should be bidirectional and mutual. It would be nice if you guys could take some time off each other, to think clearly what you are expecting from each other and where you want to take this relationship. You also have to understand, that all relationships are not meant to be permanent in our lives. A relationship may or may not be long lasting, depending upon your initial choice, and this holds true even for marriages. Accepting the inevitable breakdown of some relationships is very important, especially those that have not been well thought over.