My Maid at Kolkata 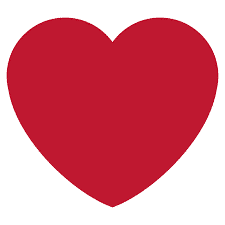 In those days I was in Kolkata. I shared my two BHK flat with one of my senior colleagues. We had hired a maid. Her name was Susheela. She was in her early fifties short, sturdy lady with an ever-smiling face, made cuter (to my eyes) by the absence of two upper frontal teeth.

A time came when we got habitually accustomed to her presence in our life.Our morning started with her awakening us for tea and breakfast. In-fact we started relying on her. Sweeping floor, washing clothes, preparing morning breakfast and dinner, washing utensils etc. were some of her explicit task. But there was certain other uniqueness in her which, mainly, pleased and comforted us. It was her aesthetic acumen in small homely things. Every little thing in our flat seemed perfectly neat and proper. It may seem unusual for bachelor flat. But at the inner core of our heart we relished her aesthetic bestowment. We trusted her and in-fact loved her for her motherly care.

Now let’s come to the matter that I wish to bring before the readers. My flatmate got married in the month of November, 2011. He had taken one month’s leave. He was to return on 28th of November. And after staying for a day at the flat they were expected to depart for their honeymoon.

In his absence, my maid used to be very inquisitive about the bride.

‘How does she look? Is she smart like Jeetu Bhaiya? When would he return? Will he bring the bride to Kolkata?’ She used to ask me, frequently.

On the evening of 28th when I returned from office I found a celebratory atmosphere at my flat not very grand, but eye-catching. A new cushioned mat with flowery imprint was put at the main door. The curtains were changed. The bed-sheet of my flatmate replaced with a new one. And so were the pillow covers. A savoury smell of delicious dishes was emanating from the kitchen. My maid was busy in the kitchen.

‘Wow, it looks so beautiful!’ I exclaimed.

‘They are newly married couple. She will come to the flat for the first time.’ Susheela said smilingly, tightly wrapping the one end of her saree around her waist. Susheela was full of happiness. Her sociable nature was praiseworthy. I could not think beyond presenting the couple with a formal gift.

On a normal Sunday evening. I was chatting with my flatmate. He was planning to shift to an independent flat in a nearby apartment. In the course of our conversation he thanked me for arranging a warm welcome upon his arrival after marriage. I was completely surprised at his mistaken notion. In a moment I realised that the “welcome episode” was beforehand planned by Susheela herself. But Susheela never told any of us.

She was woman besieged by poverty, bound by destiny, weakened by age and burdened by responsibilities. She commuted daily almost 25 kilometres (one-way) from the outskirts of Kolkata for attending her duty. But there was no petty compromise with the greatness of heart.

Though I immediately compensated her for her generosity, I still feel amazed at the greatness of her heart, which can never be compensated in monetary terms. It is a matter to feel proud that people like Susheela embellishes our society.

Though it has been years since I shifted from Kolkata, but Susheela’s smiling face made cuter by two missing frontal teeth still moves my heart…!!!