Not changing this name

The best part about retaining your maiden name when you get married is not having to change it back when you get un-married. The other parts are often times inconvenient, annoying and sometimes downright comical.

My first name is quite an unusual one for most people and almost a tongue-twister for those uninitiated in Sanskrit. Since schooldays, people have mangled my name in more ways than I care to remember. Bank statements prefix my name with a ‘Mr’. Telecallers address me as Sir. Hapless maîtres d mumble incoherently when the table is ready. To make life easier, I often rely on my last name. It’s a simple, easily pronounceable, fairly common surname from the eastern state of Odisha. I use it at the salon or at the car service station or for signing up on the Uber app or for random subscriptions. It’s a lifesaver!

For a single working mother, there are many other things that need energy and attention than guiding people to say your name right.

But that wasn’t the only reason I’d retained my maiden name after my marriage. It was primarily to avoid paperwork hassles. I’d always been an independent, working woman and had already procured a driving license, passport, bank accounts and other assets in my maiden name by the time I got married.

A week after our marriage, my then husband returned home from office and said, “Pack your bags. We’re going to the US.” I’d just uprooted myself from my own world to step into another man’s. Uprooting myself a second time over and moving to a new country was just about all I could handle. If anyone had insisted on making the legal name change during that hectic time, I am sure I would have snapped at them! 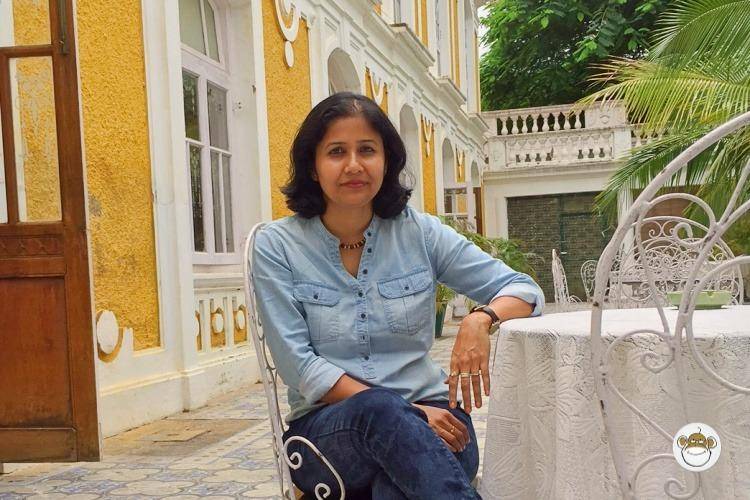 When we moved to the US, the confusion with the surname showed no signs of abatement. Their systems had a persistent proclivity to demand a person’s identity in the first-name-middle-name-last-name format. And, it would perplex the average official no end when my first-name-last-name combination showed zero resemblance to the husband’s first-name-last-name combination, aggravated by the fact that I was married to a South Indian. In parts of South India the practice of adopting their father’s first name as their surname is prevalent. So, that meant the husband’s last name ‘Subramaniam’ (not his real name) was actually the father-in-law’s first name.

At the wedding reception of an American colleague, the name cards on the table listed the husband as Vijay Subramaniam and me as Mrs Subramaniam. By inference, that made me my father-in-law’s wife, i.e., my mother-in-law!! I found it embarrassingly hilarious but the husband was definitely not amused.

Keeping my maiden name while married brought on all these little annoyances, but it was one thing less to worry about when the marriage went sour. The paperwork of a divorce and child custody is intimidating in the Indian legal system; I was only too glad to have avoided the extra burden, not to mention emotional drubbing, of affidavits for change of nomenclature. A judge in the Civil Court hearing my case was vocally condescending. “These modern couples, with their independent ideas,” he smirked. “What can one hope from them about the sanctity of marriage? They don’t even change their names!” I stood there fuming internally. With all due respect for the judicial authority, how could someone pass judgment on the state of my marriage or my decision to end it? And, my name should have nothing to do with it all!!

Thankfully, life has been fairly smooth since then. Better still, since my name stays the same, most people are blissfully unaware and hence, nonintrusive of changes in my life. My daughter and I have moved on without undue questions or curiosity.

I’m comfortable with my maiden name, with the fact that I never changed it. I’m comfortable in my own skin and identity – its flaws and fallacies included.

I’ve made what people term ‘mistakes’, but I perceive them as ‘experiences’. They’ve shaped me and my personality. They’ve taken me far ahead of where I started out.

Related reading: It took me 4 years to decide, but I changed my name after marriage

That said, I’m equally comfortable with women changing their names to adopt their husband’s family or surname after marriage.

According to me, it doesn’t change their identity; it only gives them a new address. They remain a whole, greater than the sum of their many parts. That is their strength.