How her arranged marriage turned into a nightmare

Only six months back, Sutapa Biswas (name changed) had been carried over the threshold by her husband, Biswajit Giri in Poralda, a village in West Midnapore. With dreams in her eyes, Sutapa had hoped for a happy life, when she agreed to tie the knot with Giri, in an arranged marriage. For the first two months, life was anything but a dream for her, and her mother-in-law began pressuring her to sleep with other men. Shocked by the suggestion, she refused to compromise. But she was eventually coerced into the flesh trade. What was more shocking was the fact that her husband remained a mute spectator to the entire episode.

Related reading: She lost her husband and society decided to punish her by getting her married to her brother-in-law!

When the relationship became lethal

Not willing to sell her body, Sutapa had frequent brawls with her in-laws, but one took a lethal turn with her mother-in-law dousing her with kerosene oil and setting her ablaze. As they kept watching her burn, her screams brought the neighbours to her rescue. However, by the time she was rushed to the nearest hospital, Midnapore Medical Hospital, she succumbed to her injuries. According to medical experts, Sutapa had suffered 80 per cent burns.

Click here to read: He was married but fell in love with a waitress who was also a prostitute.

Locals knew the family used to have such brawls on a regular basis, but they had never imagined that they would burn Sutapa for refusing to be part of the sex racket operated by her mother-in-law.

Click here to read: My toxic in-laws won’t let go even after we have moved cities.

Given that the social fabric of India is undergoing a major transformation, where money at times becomes more important than values, women need to be more on the alert. According to data available globally, women and children have been identified as the most vulnerable section of the society. 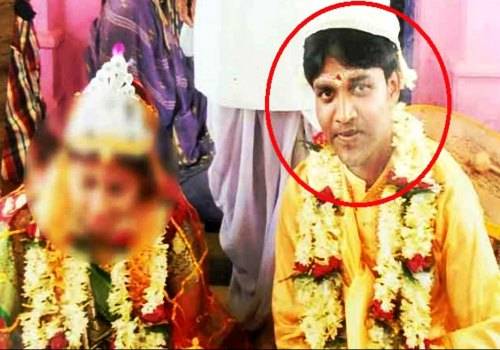 The crimes are not new

Wife swapping, forcing another man on one’s wife is not a new thing. It has happened in the past and will continue to happen. But as women, we need to understand our rights, exercise them and of course, be well equipped to handle tricky situations, without ending up as victims.

Click here to read: My husband made me withdraw the divorce but is threatening me again.

One of the biggest drawbacks of our country is that legal rights and human rights awareness is still very poor among women. Married women still feel that they are nothing more than the private property of their husbands and in-laws, and hence often end up accepting the prejudice and ill treatment meted out to them.

Related reading: How my married life was exactly the opposite of my romantic daydreams

“Being trained right from childhood to be obedient to their husbands and elders, most women fail to raise an alarm, when they find themselves in a situation like this. Often, the fear of consequences makes them stay silent while being abused on a daily basis, till things go out of their hands,” says Paromita Mitra Bhaumik, Kolkata-based psychologist.

Click here to read: The reality about marital rape in India.

When confronted by such a situation, when one is being compelled to get involved in an illegal activity like prostitution, in this case, the woman should have sought help from someone she trusted right at the start, or consulted with her parents and then sought help from a women’s organisation or friends to file an FIR against her husband and in-laws. Even today, many women are forced into prostitution by their husband or in-laws.

However, the woman in a situation like this needs to reassert her confidence and not give in to her oppressors. The first thing that needs to be done is to gain the confidence of her parents and friends. Confide in them; don’t feel ashamed of being exploited by your husband or in-laws. For it’s their collective shame and not yours. A man who can’t stand up for what is right or stays a mute spectator to his wife being forced to sleep with other men for financial gain is not worth spending your life with.

Click here to read: She was financially independent but had no freedom.

There are laws to help the sufferers

If ever you are confronted by such a situation, be brave, say no and have the courage to move out of the home, or just call your parents and disclose the dirty game of your in-laws. If you are scared or feel threatened, scream, create a ruckus, run out of your house and make your neighbours aware of what you have to face. Once you have people around, make a call to your parents or friends and ask them to come over and then collectively lodge a complaint with the police and approach an NGO to help you get justice.

Click here to read: My husband was a sex addict and kept me locked up in a room.

The Indian judicial system has not one but three laws to protect women who are forced into prostitution. Suppression of Immoral Traffic in Women and Girls Act (1956), Prevention of Immoral Traffic Act (1956) and Immoral Traffic (Prevention) Act (1956) provide an almost robust system to fight the prostitution legally. Unlike organised sex rackets conducted by hardcore criminals, chances of women being rehabilitated are greater in cases of forced sex rackets run by family. All that is needed is for the woman being subjugated or violated to raise an alarm or confide in a person who can help her connect with an NGO, police or legal aid service provider.

The law of the land has been drafted to help women of the country. All you need is to have faith in yourself and a will to get justice. Remember, God helps those who help themselves. So, it becomes very important for the victim to boost her self-confidence and come out of the ‘learned helplessness psychology.’

I am afraid of my abusive husband, afraid to divorce him