An engagement is a traditional ceremony meant to be the transitional bridge between a romance becoming socially accepted and ratified before getting permanently indexed as a marriage. While marriages are treated as the penultimate culmination between partners, your partner doesn’t enter and exit your life alone. Every person comes with his/her people. Before getting hitched, if you find yourself in an emotional ditch that can threaten both the integrity and stability of a relationship, then often you don’t know what to do.

If you realise that the family you’re adopting and adapting to, has a potential to toss you more than just a curveball, you are well within your rights to re-evaluate what exit strategy you’d like to call upon at such a time.

The expression ‘not the one’ in the context of a marriage getting called off can thus become a cue for personal and group panic since a highly awkward emotional and social unshackling process may need to be initiated to address ‘wrong fit’ concerns. Someone came to me asking for help to call off his engagement. He realised that his fiancée did not have a mind of her own and was constantly guided by her interfering family. She never bothered about his wishes and desires and was only doing what her family was telling her to do. Thinking of a future with a person like this and a family that would be constantly muddling up his affairs, he felt it was better to end the engagement than go through this all his life.

10 Strategies To Call Off The Engagement

If you know what you’re looking for, you can save yourself the horror – earlier rather than later – by simply using these 10 strategies to exit the family you’re engaged into. These are guidelines and while all personal criteria are subjective, treat these 10 tips as a ready reckoner to prevent your relationship to have to drag its heels any further.

1. Bring in a third party

Bring in a third-party mediator who doesn’t have any link to either family. A neutral person operates as a consultant and due to the safe emotional distance he/she maintains, he/she is in a far superior position to communicate information straightforwardly without any accompanying melodrama.

Related Reading: He Was A Perfect Arranged Match Till I Tried To Kiss Him 2. Jot down what you feel

Make two columns and jot down what you are getting (in the first column) and what you aren’t getting from the other family (in the second column). Compare both lists and see which one is longer. The longer list must win.

Clarity will prevail if you find out sooner than later whether you’re setting yourself up for happiness or stress.

Never be in a hurry to post about your relationship on social media. People like a juicy story and voyeurism is the cheapest form of entertainment. Embarrassment and the mixed feelings that follow – can be contained and addressed in your personal life doesn’t become fodder for gossip online.

4. Listen only to yourself

Listen to yourself and only to yourself. You are charged with protecting your peace of mind and thus it is your SOLE responsibility to first accept your feelings without having to apologize for having an unpopular opinion or a preference that doesn’t line up with what others want for you. It is your life to live so treat it like the most precious project it is. 5. Ensure there is a witness

Whenever you are breaking the news of calling off marriage to a parent or a spouse, make sure you have a witness in the same room so that things do not get mercurial or volatile. Your physical and emotional safety is important since there are a limited number of ‘good ways’ to break so-called ‘bad news’.

6. Build a case for yourself

Build a case (in writing) as an outsider, on paper for why you are absolutely justified to be marrying into a certain family. While building the case, observe the emotions you’re experiencing. How hard or easy is it for you to build a case? It is hard for people to write with conviction about situations they don’t believe or invest in. Jot down the emotions you are experiencing (while writing this case) and then see if the case you’ve built feels more like an intellectual exercise or a sincere message to yourself about feeling confident about your decision. Self-doubt is natural but self-deception is an issue.

Take a solo trip to a destination of your choice. Sounds clichéd? Spending time alone is the best way to get in touch with your inner truth about the kind of life you’d like to lead. If you don’t enjoy your own company, that makes you vulnerable. Meet and talk to people from different cultures.

Perspective is a valuable ally. Also, it’ll give you the opportunity to see how your desire for individuality is being respected by the family involved.

8. Are you being scrutinised?

If you feel like you’re constantly under scrutiny for your looks, lifestyle choices, social circle and in some cases even sexual behaviour with the partner you’re engaged to, you must verbally put it on record that you are well within your rights to have a personal life without having to constantly explain yourself (as an adult) to others. This is called ‘tone-setting’ and is one of the ways to guard your terms in a relationship so you don’t feel overlooked. 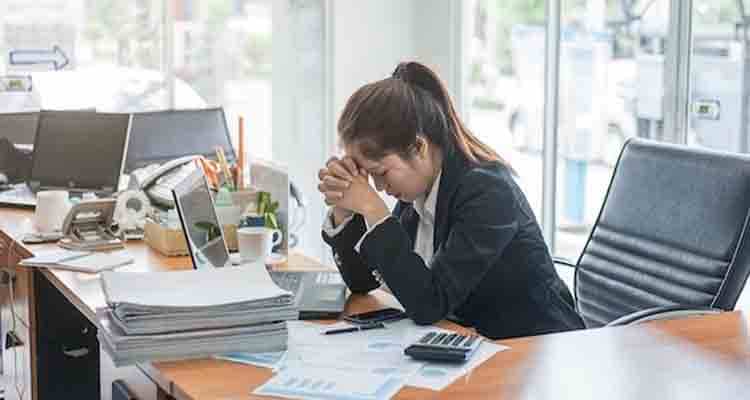 9. Write a daily journal after the engagement

Write a daily journal about how you feel about your relationship post the engagement. Do it for 2 weeks. Archiving our thoughts is as important as having them. Once you’re done with the writing, meet a qualified relationship counsellor and ask them specifically to analyse the writing to dissect a theme from it. Emotions have themes too and themes build narratives. Pleasing the family, wanting to alleviate one’s loneliness, wanting to assure one has access to sex, wanting children before turning a certain age, wanting to ‘show one’s friends’ that one is normal or wanting to hit a personal financial and social benchmark. These are some of the themes that could accompany the decision to marry.

Related Reading: I Fell in Love With Someone After My Engagement

10. Talk to the one you are engaged to

Talk to your partner to build trust and respect. A marriage takes place first between 2 people and then between 2 families. Never underestimate the value of catching someone in the right mood and at the right time. This can help a negotiation proceed sensitively and sensibly until a solution is reached.

So how should you ‘get out of it’ earlier rather than later? Don’t obsess over timelines but also don’t put off decision making – if you’d like to save the families their emotional and financial investment in the relationship. Experience and speak your whole truth. This is your responsibility. Even top industry experts have afterthoughts after they may have committed a budget to something! It’s called being human. Only you get to decide how you live and what you need to do to preserve both your peace and your self-respect.