Sometimes you just have to drink the wine

(As told to Sheetal Choudhary)

Sparks flew at the reunion

We had graduated from the institute of management studies more than ten years back. He had opted for Finance and topped his course. Back then he had been a non-descript boy, wearing huge black-rimmed glasses on his prominent nose. The nose in turn was forever buried in books. He had been a good debater though and had represented our college at various intercollegiate fests.

Meeting him at the ten-year reunion five months back, I had been taken aback by the transformation. He had introduced himself, gently pulling my leg, “Sukriti, have you got a handle on derivative securities or are you still deriving?”

“Simha, I don’t believe it. You, you, you…. look good,” I had stammered. I wanted to say stunning but checked myself.

“Thank you,” he replied in a polished manner. Gone was the angular, unkempt boy. There stood before me a suave, confident, globetrotting investment banker.

Catching up with news

“You are looking good, Su,” he smiled softly calling me by my now forgotten college name. “Never thought would see you in a sari. Where is the tomboy Su, who had the teachers going berserk with her antics? Su the imp, Su the brat has suddenly transformed into Su the gorgeous.”

“You mean to say, I was not gorgeous back then?” I asked, pretending to be angry.

“You were amazing back then, too, Su. Half the boys had a crush on you but were too scared to approach you, besides there was Kartik…” he trailed off.

“Yes, we got married after college,” I answered his unasked question.

“I know, the year book mentions it. He has become a highflying businessman now based out of Singapore. But you are in Delhi, how do you guys manage?”

“We just do. He has his business interests in Delhi too, so is here almost every month. You tell me, how are things with you? Saw your family picture in the magazine. What is your little girl’s name?”

“Zoya. I call her Zo,” he replied, a fond smile playing on his lips.

“You are really lucky, Simha,” I was almost wistful.

Kartik and I had decided not to have children. He came from a broken home and had strong views on the subject. I had no views, so I went along with his, though occasionally I felt a pang on seeing small children playing or tagging along with their parents. 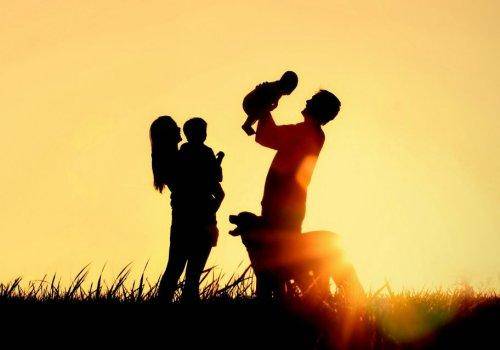 We danced and talked and kept in touch

Brushing my melancholy aside I asked Simha to dance with me.

At the end of the dance we went to the terrace holding our glasses and talked endlessly, missing our dinner in the process. He insisted on seeing me to my car.

On reaching home I received his text, “Hope you reached safely. It was one of the best evenings I’ve had. Thank you.”

I replied along the same vein and thus started our daily hourly texting.

Kartik was in Singapore and I was meeting Simha for dinner. Overturning my wardrobe looking for something to wear, I finally settled on a pair of skinny jeans coupled with a sheer peach top.

I reached the restaurant and found him waiting with a glass of bubbly in front of him. I was on time but he had come early he said, to watch me make an entrance,

“Su, since college I have wanted to have this moment and today, I want it to go on forever,” he said, raising his glass.

I clinked my glass of water with him, remembering the tale of Bibi Khanum, the beautiful wife of Timur Lane. Timur had gone off to conquer India when Bibi Khanum commissioned a mosque for him. The architect fell in love with her and delayed the work in order to see more of her.

She tried to tell him love was deceptive

Since Timur was about to return, Bibi Khanum asked the architect the reason for the delay. He confessed his love. She was perturbed, but could not directly spurn such unabashed love. Showing him six eggs in different colours, she explained to the architect that though the eggs looked different from outside, they were the same inside and so it was with women.

Showing him six eggs in different colours, she explained to the architect that though the eggs looked different from outside, they were the same inside and so it was with women.

She might be beautiful to his eyes, but was just an ordinary woman.

The architect produced two glasses, one filled with water and the other with white wine. He told Bibi Khanum that though they looked the same, the water would leave him unaffected, whereas the wine would burn down his throat.

The legend says that the architect asked Bibi Khanum for one kiss in exchange for completing the mosque on time. She acquiesced. His kiss was so passionate that it seared her cheek, leaving an indelible mark. On his return Timur saw the mark and ordered them both to be put to death. Today her Makbara stands in front of the mosque, her grave surrounded by those of her nieces, as she died childless.

I looked at the glass of water in front of me, beckoned the waiter and ordered a glass of Oaked Chardonnay.

Sitting in front of Simha, mesmerised by his gaze, I knew I was going to drink the wine. I needed to feel the passionate love for which any sacrifice was worth it.

6 Reasons Why Women Have Extramarital Affairs In India

The Socratic paradox "I know one thing; that I know nothing" is the closest to describing Sheetal Choudhary's aesthetically detached self. She picks up experiences and impressions that she puts down on paper for gratification. Besides, of course, holding down a job to keep body and soul together.

That’s what being modern women is all about. They keep a stereotype of men being philanderers when they themselves are no good.

It is not easy…we build memories with people. The person who is not in your everyday life always seems more charming.

Leave your husband and then enjoy your passionate love. Why do you want to stoop to a level of cheater

Are Cellphones And Relationship Problems Going Hand In Hand?

In Love With A Married Woman

Finding Someone Special After Marriage In A Friendship

Falling In Love With A Married Man? Here’s How You Lie To Yourself!

I Began An Extramarital Affair With My Ex Boyfriend

I Didn’t Want To Be His Dirty Little Secret Anymore