Stuff that women need to unlearn after reading romance novels What the books on romance tell you

This is a blight that occurs with girls who have been convent educated. Starting from class seven to class twelve and beyond, there are girls who walk in and out of libraries to devour Victorian era romances, the most popular being Mills & Boon paperbacks.

Most feature tall brooding men of royal upbringing who look down on women with disdain and contempt. They are the alpha male, independent men of few words who are expert hunters or horse riders and wear their finery with élan. They almost always have a coterie of loose women who flaunt their desires to mate with him. The heroines of our stories are almost always intellectually superior, bookworms and of extremely sensitive natures that they hide behind a cold exterior. Right around page 33, our hero would find her alone in the library and after a few cold confrontational words that would quietly transpire, he would rudely yank her up to him and press his hot lips on hers and bruise her thoroughly. Our heroine would then rewind this session of domestic violence and drool over him almost orgasmically for the next few weeks.

A man who is really into you will show in his eyes and body language that he is very taken up by you. Any man that touches you roughly without your consent should run alarm bells in your head. A man that can be so rough as to bruise you with no prelude to the so-called passionate gesture is no gentleman. He will have uncontrolled impulse behaviour problems later. I knew a girl in the hostel who would return from a walk with her boyfriend, in the college premises with more than a hickey, her arms would be blue and black and once her neck was covered with large red welts. When we questioned her she says he was choking her out of love! Oh, woe is the stupid woman with a romantic mind.

The romantic novels then go on to the next level usually page 87 of a 200-page book, and this time he has become more persuasive with his approach to physical intimacy and she has become more than relenting – with more than lips parting. Well, we can’t let the passion run out can we? So all the lacy lingerie is torn apart and her body covered with hot kisses, and suddenly he is all nude, all set to dance the mating game. In those days there were no condoms – so the unimaginable unprotected sex follows.

If your romantic hero does try to initiate sex, and you are ready for it, don’t! Even if you have a condom ready. There is some basic libido deflating questions you need to ask. Have you had multiple partners, do you have someone in your life right now? Have you ever contracted a sexually transmitted disease ever? What treatments were taken? If he is HIV positive or Herpes infected – refuse to do oral or sexual intercourse without condoms. Oral with condoms is yuck! So just say NO! Maybe to save the day you can use your hands to manually bring him to orgasm. I would even say NO to kiss!

In almost all romantic novels page 99 to 200 is the entry of the villainess, who is a vamp, with beauty, money and an evil mind. She tries to poison this innocent heroine’s mind or is outright rude to her and her – the heroine imagines that her goodness will prevail and good will win over evil. So she packs her bags and leaves for the countryside farmhouse where she is taken care of by her aunts and cousins. Her heart is heavy with emotions and pheromones running riots! One day the errant hero comes to the door begging for forgiveness and mercy and then is married in the village town hall, to live happily ever after. 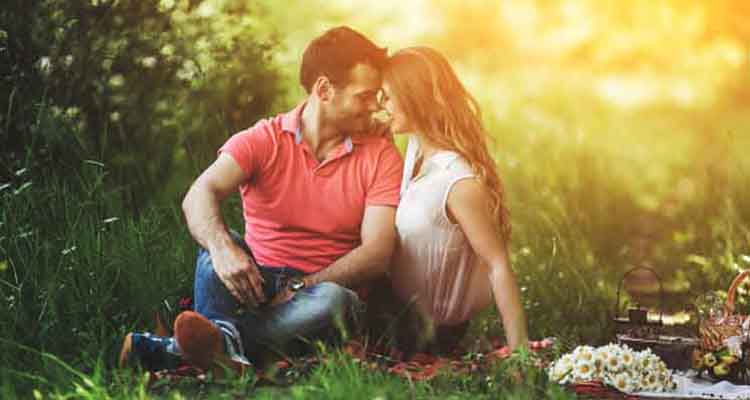 If your hero does not have the courage or good sense to see a good thing when it’s in front of his eyes, then its best to discard him. Also, a couple of rash encounters are no indicator of that person being a stablemate. Especially if he comes over dripping with tears and flattery, throw him out; he is not worthy of you. You will see his colours change as soon as he captures you as an asset, a feather in his cup of victory. You are only an object of his desire. Women who have had a staple diet of romantic stories – must do a Reality Check 101 with a counsellor before settling down with your man of choice. Life and romantic ideas usually belong to parallel universes. The traffic signals on the roadside tell you what you can expect down the road and where you must be cautious. You need to have a strong internal compass that will warn you in romantic relations. Mainly you need to unlearn those silly romantic stories of your teenage years.

Durjoy Datta: Even the shortest love stories can be blindingly passionate

How She Coped With Her Spouse’s Mental Illness