Happy Birthday Taapsee Pannu: The Actress Who Has Become A Youth Icon

Taapsee Pannu is all set for yet another mega release Mission Mangal on Independence Day this year. In a tough workplace like Bollywood the young actress has managed to hold her own from day one of her Hindi film debut.

Taapsee’s career graph is interesting. She studied engineering in Delhi and then went on to work in Tamil, Telugu, Malayalam and finally Bollywood films. And almost always she has managed not to dance around trees – ever!

The roles played by Taapsee Pannu define her

Does she choose roles that are relatable to her age group because she is smart? Or is she the face of a changing country?

Taapsee Pannu movies have always been different. The first film that I saw where she was the lead was Pink. She worked alongside Amitabh Bachchan in the film and came out shining with her brilliant performance. She played the role of a very independent young girl who wants society to not judge her for her lifestyle.

This film was very contemporary in its choice of story line and also highlighted the problems young independent Indian women face every single day.

Taapsee brilliantly portrayed the present day woman’s aspirations and how they are in direct conflict with our conservative social values. This film, with its very modern screenplay and dialogue absolutely connected with our urban youth.

Taapsee showed us in that film that she may not be perfect but she is a human being and deserves to be respected and not just be looked at as an easy target by men. The film highlighted the importance of the word “NO” something patriarchal India fails to understand when women utter it.

From women’s issues to politics While Pink was about women’s changing role in India, her next film Mulk has a strong religious and political message. It walks us into the home of a typical Muslim family and forces us to confront our irrational prejudices against them. Taapsee received a lot of appreciation for her role as a sane voice of reason. She asks questions about our humanity and why do we connect all acts of terrorism to the Muslim community.

Through this film she holds up a mirror to our society and questions our behaviour. Taapsee was perfect for her role as the family member who goes to court to save her family. She is depicted as unsure of herself and lacks confidence in her ability. But her resolution and conviction rule through the film.

Taapsee in an interview said, “There are a lot of things we keep shoving under the carpet. But I want to address these issues.”

Both these films did generate a lot of controversy, but the positive point was that these films triggered discussions and debates about the changing viewpoints of the new generation. Even her film Badla, a thriller  has a crucial twist.

Taapsee wants to create an opinion 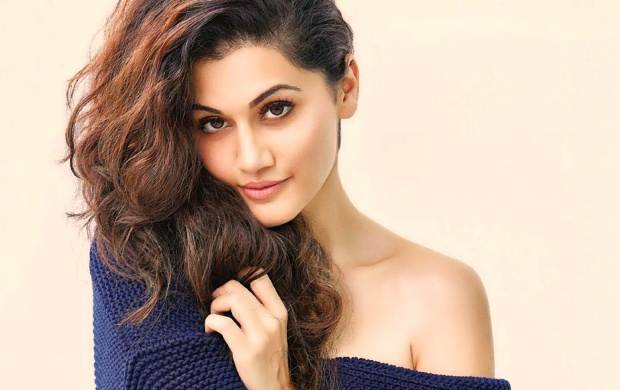 Thanks to the Internet and globalisation, our country is going through a phase where it has to deal with a lot of diversity and differences of opinion. Tapsee is not just another pretty face in Bollywood she wants to be known for the substance she portrays on screen. As she says in an interview, “Maybe people will not like what I say, but they will remember me for trying to do something good and different.”

Taapsee Pannu is on a mission 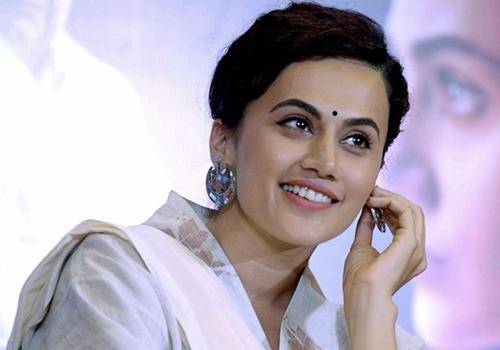 Half of our country’s population is below the age of 25. This demographic is our most valuable asset in these times of social and technological changes. Tapsee represents young India like no other celebrity of our times. She portrays to us a generation that is smart and ambitious and they want greater independence in their decision-making powers. They are eager to pursue their goals yet, as Taapsee points out to us, various factors prevent them from achieving their full potential. She has given us the message that our ability to hear out our youth to help them meet their aspirations is crucial. The Mission Mangal star is on a personal mission for the greater good of the youth.

A CCD Coffee Cup! That’s Where Our Marriage Brewed

She had Financial Independence but NO Freedom