How do you talk about lack of sex in a relationship and help bring intimacy back?

How do you address a sexless relationship

It has been quite some time now that you have had sex and it is making you a little anxious. With a hectic schedule, lack of sex becomes a part of life that no one really wants to address. The fear of coming across as being vulnerable along with the fear of rejection often hold you back from starting a conversation about it. So, how do you address a sexless relationship – a dry spell that you thought would eventually end?

Lack of sex does not mean nearing the end of a relationship. The intimacy stages that a couple goes though is legit and a dry spell falls under a specific stage. At this stage, the anxiety of not being able to fulfill sexual needs can reflect in the other emotional quarters of life as well. Pilling up of sexual frustration might bring about a deterioration in the relationship as well. So it is vital that the couple talk about it and end the frustration.

What is normal for you? Maybe you were never the couple who had sex every day. Maybe you would play four nights a week and now you have not had sex in two months.

Read more: 8 fights every couple will have at some point in their relationship

Your relationship needs to thrive on communication. Remember it is not a fight: The conversation should be started from a place of curiosity; something like “I wonder how come we don’t have sex often anymore” rather than “Why don’t you have sex with me anymore?” It is easy to forget that there are two people in the relationship and it is easier to throw blame than to take up equal responsibility for the dry spell. 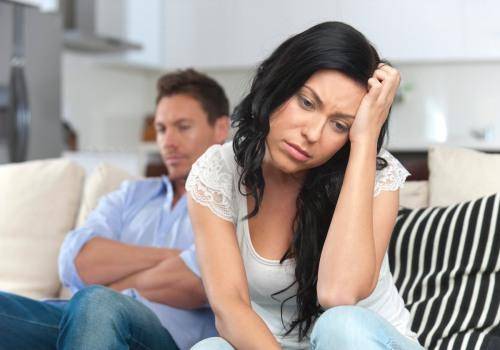 Read more: Why couples go off sex and tips to get back your sexual mojo

You might be in a live-in relationship but know when it is time to start the conversation. You cannot start when your partner walks in the front door, after a day at work, all tired and sweaty. Also, starting the conversation right before bed will feel more like a hijack. Preferably, the talk should be initiated indoors, in the house, rather than a public place.

Most people are not great listeners. So when you really sit down to talk about it, instead of thinking of your response when your partner is talking, it is healthy to fully listen, process it in the mind and then respond as you see fit. It is easy to assume that the dry spell is happening because your partner doesn’t find you attractive anymore or infidelity might be the issue. However, this is the time when one should listen actively and engage in the conversation rather than trying to fix the problem. Psychologists often explain that lack of sex might be connected to other problem areas in the relationship that has not been fully solved yet. Or it could be a result of mental disturbance, physical pain, low sex drive, trauma etc. To figure the exact reason, you have to really listen to your partner instead of venting your sexual frustration on him. 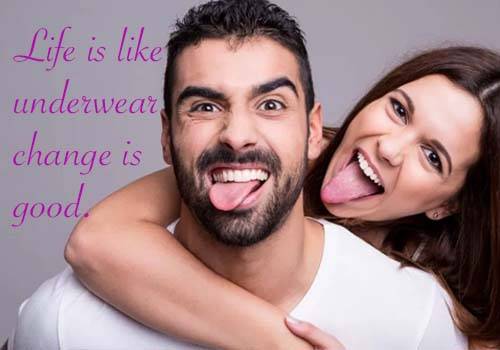 Maybe your partner feels the same lack of sex but is unable to talk about it due to his/ her hectic schedule. Communicating effectively will bring back intimacy along. If it’s because of your partner’s low sex drive, there are things to do to help them along. Spending time together, companionship, reliving the first date will bring back the emotional distance that might have caused the lack of sex in your life. Making out like you did in the beginning of the relationship is a sweet way to end the lack of intimacy. Sudden kisses, taking a stroll at night, lying in bed doing pillow talk before both of you fall asleep – are some ways to slowly glide into the sexy mood.

Communication goes a long way to solve any problem in the relationship. All you have to do is take the first step to talk about it. Seeing a couple therapist may also be useful.

Sexless marriage – Is there any hope?

Abhi nahi: 5 most common reasons why couples stop being intimate

11 confessions by married people on why they stopped having sex