It was the first morning that my husband and I had been left alone after our wedding. I was most excited in my new home, despite it being rather small accommodation with parrot green walls and a huge hole in the bedroom door. Yet, it was the beginning of a new journey and without looking in his direction, I rose from the bed and ambitiously set off to take charge of my new surroundings.

Fed regularly on scenes from soap operas and films of how a good wife makes the day’s first cup of tea for her sleeping man, I decided to set the ball rolling for an exciting and romantic journey ahead with the tried and tested recipe of bed tea.

I dressed the tea tray with the new crocheted tray cover that was a wedding gift all the way from an aunt in Nottingham and placed the bone china teapot on it, covered it with the tea cosy, and then laid out the sugar and milk pots.

The aroma of the freshly brewed Darjeeling tea filled the room as I walked in with the tray, quite pleased with my effort. As I set the tray on the bed, I realised that my husband was already up and in the shower. Somewhat disappointed at having been deprived of some romantic moments, I nevertheless waited for him to emerge so I could then offer him tea. Of course, it wouldn’t be bed tea, but just the joy of sharing that first cup of tea would linger for years to come. 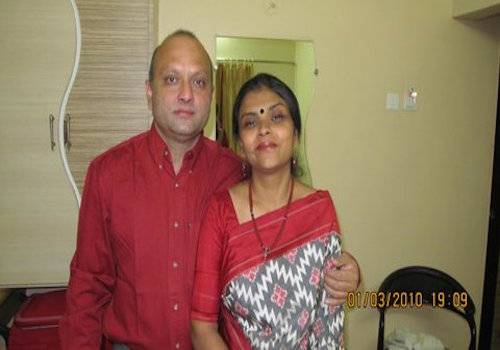 As I waited, I half hoped that there would be a shout for the towel or the geyser to be switched on. But nothing happened, and before long my husband emerged from the bathroom fully dressed in his military uniform. He went straight to the mirror, combed his hair and headed for the kitchen. He gulped down his breakfast of milk and cereal and with a quick goodbye and a promise to see me at lunch, was off to work, while I sat on the bed with the tea tray, staring. Long after my husband had left, I slowly poured myself my first cup of tea and then a second and a third, draining the pot.

Over lunch I asked him if he didn’t like bed tea. He said no, as he had to be up and about almost immediately. But, didn’t he drink tea in the morning, I asked? He said he did, two quick cups before leaving for PT.

“But you didn’t, this morning,” I said in a somewhat accusatory tone.

“I did. You were asleep. I saw you in the kitchen when I returned from PT and went in for my shower,” he replied.

I laid out a somewhat similar tea tray when he returned after games in the evening. This time I had the pleasure of watching him sip the cup of tea that I’d so lovingly made. After some small talk, he rose to go back to office, and carried the tea tray into the kitchen. Coming out, he said matter-of-factly, “Thanks for the tea. But henceforth, please don’t make tea for me. I like to make my own. It should brew for seven minutes. And I like my milk at a certain temperature.”

Some things are best sorted out right in the beginning. My husband relieved me of putting up the tag of a ‘good wife’ that day, 21 years ago, or of any pretences of being one thereafter. Ever since, whenever my husband’s home, making tea is solely his responsibility, whether it is for the two of us, for our son, for his parents and mine, or for any guest or friend.

It could be lemon tea without milk or sugar, dhaba style milky tea, or the best Darjeeling tea laid out ceremoniously. That he makes the best tea in the world is natural, as he grew up in some of the finest tea gardens in the country.

Showing me around the tea gardens of the Nilgiris one summer evening, many years later, he plucked a few leaves off one of the bushes.

“That’s two leaves and a bud,” I said, twirling it in my hand.

“Yes, that’s how they are plucked,” smiled my husband. Looking at him with fondness and gratitude, I realised that he had unknowingly unshackled and liberated me that very first day. I didn’t have to ‘make tea’, for him, or for anyone. The boundaries had been erased with that first cup of tea.

Moupia Basu is a seasoned writer and editor with over 25 years of experience. She has worked with some of the country\'s top publications and is currently Consulting Editor with a top advertising and media web portal. As the wife of an army officer, she has travelled extensively. Her first book, Khoka, was published last year.