The latest low of Indian TV – All you need to know about Pehredaar Piya Ki! 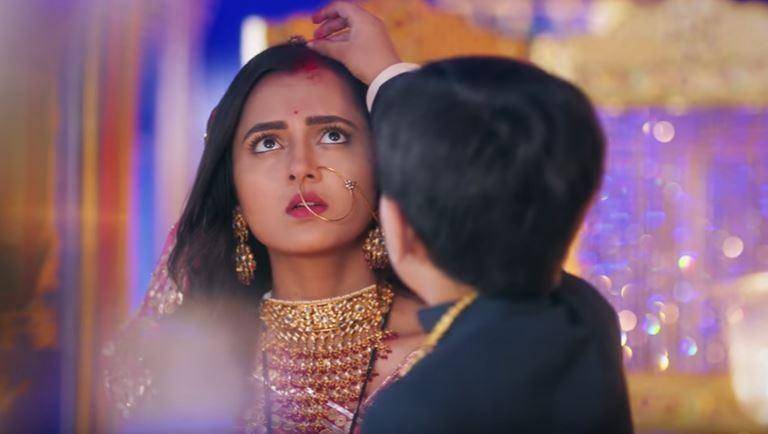 I am not a fan of TV shows, and rarely do I find articles about them on any media. But I was quite surprised when my Facebook feed was full of posts about how a TV show on Sony is hanging on the noose because of its ‘disturbing’ content. Curiosity led me to read up about ‘Peheredari Piya Ki’, and lo, my shock knew no bounds! I tried for a moment, to get into the psyche of the creatives to figure out WHY would they even want to explore a concept like that. I know ‘Balika Vadhu’ became a sensation in its days, but this is taking ridiculousness to a different height altogether.

Now, coming to the story- it talks of a charming, petite and pretty 18-year-old marrying a 9-year old of royal lineage to fulfil a vow she made to his dying father. The boy apparently stalks her, tries to impress her, gifts her roses, keeps her from falling off a height, and the last I heard was that they were planning a honeymoon as well! Anyway, that’s the story and how the makers want the show to be. But the point is, is it even relevant in today’s day and age? Relationships (or marriages) now, compared to yesterday seem more deluded, cynical, and meaningless- and shows like these, which unfortunately CAN influence a large section of our population, make a mockery of an institution that is sacrosanct.

A younger boy marrying an older woman is not uncommon, and not unethical to say the least. I think Sachin and Anjali Tendulkar’s marriage is a fine example of a beautiful relationship that defies social convention. However, to show a child of 9, being drawn towards a woman double his age is creepy, to say the least. Love can happen, anytime, anywhere, and with any one, but there must be an age for this to happen. She might, in the serial be married to this young lad as his protector, but couldn’t she do the same without having to marry him? And moreover, without trying to impose some sort of awkward ‘romance’ between the lead pair. A story like this is in the least progressive. It probably takes us back by centuries!

Love knows no logic- we all know that! But there is a time for everything. Had the boy been 18, and the girl say, 28, it might still make some sense- I guess! So, do we wait for the show to take a generational leap to make it acceptable to society? Not sure! The damage perhaps is already done.

Love stories shown on television and films or even in books make us want to believe in their existence, and not squirm at them. And if the makers were trying to be ‘different’, then too bad! We probably need to see more of what is believable- rather than exposing ourselves to the ‘piya’ and his ‘peherdaar’.

What is more gross is the fact that creators, cast and everyone are still defending its validity. Tejashwi even gave the trending Game of Thrones reference.

Haha, yes Aman! I believe so. Indian TV is trying to get ‘modern’!

Alisha Chinai – Made in India