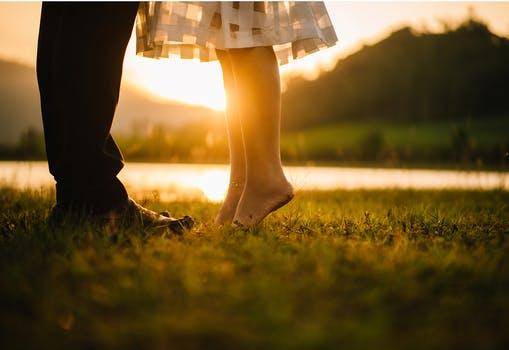 So here she was on a date with the man of many and any women’s dreams. Life seemed so exciting all of a sudden. She looked straight at this guy sitting across her, who every female employee had been drooling upon since the time she had joined. Not only because he was smart, witty and had a great sense of humor but also because he was next in line to be the firm’s CEO. Not to forget mentioning that his family owned the firm. And now he had confessed on having a crush on her. Getting herself back to reality she recalled the course of the evening. He had chosen the most elite restaurant for their first date. Overlooking the beach, at a good 126th floor, this was no less than a dream. She wore a flowy off shoulder white chiffon gown with white pencil heels and a double threaded pearl necklace with matching pearl earrings. He had arrived at sharp 7:00 pm in his black sports car. It was a bit too much, but then she was no less. Intelligent, beautiful, charming, excelled in every which way and recruited by a leading firm in the country, she was proud of what she was making of her life.

Coming back to tonight, he smiled at her with an eye contact that wasn’t leaving her eyes. She tried looking away, out towards the skyline to set things calm and not let the sparks turn into fires too soon. So how have you been. Finally he chose to begin their conversation. She smiled and said, “Very well, although I must admit I am still settling down in the new environment. People are warm here and I love my work.” “ That’s great. We do believe in making everyone feel at home.” he said with the warmest smile she had ever seen.

Okay, so let’s order. What would you like for dinner. He said quite abruptly as if reminding them, they were officially here to eat. The menus came and for a moment she had something to droop her face into and breathe. After orders were done, she made her bravest move and asked him. So what you confessed to me earlier. Is it anyway true? Or are you just playing your boss’s role too well. There! Her slapstick was out. And he loved every bit of it. He smirked back and look straight into her eyes. “I havn’t got any woman on a dinner date in the last two years and my mother is the only other woman who has sat in that seat of the car that brought you here. I guess, you can figure out the answer to your question now.”

As if that wasn’t enough to set the pulse racing, he continued. “You look beautiful. I am sure there are many men here who envy me right now”, he said with a little smile. “Oh, I ensure you those men have envious women accompanying them too!!” Her witty self was back again. Both of them laughed together. There was a natural comfort and ease between them and common interests were only making the date more alluring. The food arrived and both enjoyed their sophisticated meal.

The wine, the music, the overlooking night sky and this amazing togetherness. Everything seemed perfect. He finally moved his fingers a bit towards where she was softly holding the neck of her wine glass and stroked his fingers to hers. Their eyes were locked and she felt her stomach dancing to the soft music playing in the background. She was sure the tide in the ocean must have risen, the world must have rotated a few rounds faster and some dormant volcano must have heated up that very moment.

He was about to say something when both of them heard a sharp familiar laughter from behind where a group was seated for dinner. The romantic magical expression on his face evaporated in a flash and his face turned a ghastly white. There it was again. She heard it too this time. And both of them blurted out together YOUR DAD/MY DAD!!

Of the thousand places in the city, on this magical night, when everything seemed so perfect and fairy-tale like. His DAD and also the CHAIRMAN of the firm had decided to dine out at this particular place. Now all they could imagine of was getting out of this restaurant alive. When they called for the waitress who had been enjoying the sparks between them too, she charmingly said. What would you like for desserts. “THE BILL PLEASE. URGENTLY.”

With unfinished main course on the plates. Half filled wine. She impatiently walked her way up to the lift in a funny awkward angle ensuring her face didn’t face any table in the restaurant.He followed her from a distance. The lift was still at the 43rd floor when they heard the same voice and laughter getting closer. Seemed like THE DAD was walking towards the lift too. Please God. Lend a hand to these two vulnerable, disabled, paralyzed trapped couple. They cannot die in such blooming youth. And as If God had just heard their thoughts, the lift or rather what seemed like the heaven gates opened up and took both of them in it’s abode. Now the only remaining challenge was to get those gates to shut as the voice had become too close. What would they do, if THE DAD would accompany them in that LIFE TAKING LIFT. Who would manage to live and who would succumb to the trauma!! She began to press the close button at what seemed like some 30 presses per second while he bent down to tie imaginary laces in his LACE LESS SHOES. And just as a hand got visible in front of the lift, the gate shut and they survived what could be the end of the world!!

After a deep, reviving breath, they looked at each other with intense eyes for a good ten seconds. It was followed by a burst of laugh, when he pulled her impulsively and unwarningly close enough to his face and embraced her into a deep soul awakening kiss while the lift took them down to ground level.