The older couple and physical intimacy

The usual scenario: My husband cribbing about the food, I being the indifferent wife developing instant deafness, watching TV.

“You should teach the cook how to make daal the way I like it. “

“The cook’s wife gets pregnant every year.”

“What has that got to do with the daal?”

“Okay!” and he grabbed the remote. “I want to watch the match.” The rain had washed out the match. Some rerun was being shown, and my husband was watching it with the same enthusiasm and passion.

“Are you crazy, watching the match with so much emotion when you know the result?”

“Aren’t you crazy watching this saas-bahu saga all the time?”

And then the evening sprinted back to normal.

I told him about the lunch I was invited to but how in the end we all split the bill and how conniving the hostess was! And also how horrible everyone looked!

Related reading: Kinky sex not with the wife?

I naturally didn’t tell him that I had got myself botoxed and bought a cotton kurta from some local designer because everyone was buying it, for Rs 5000, though it looked as though it cost Rs 500.

He bitched about a couple of his clients, and then we both decided to have a drink after the disastrous dinner, and he convinced me to cook eggs for him, which like a fool I did. Despite the ugly verbal fights, I know I will go an extra 100 meters for him.

We are best friends but with no sex. I can have monologues and
dialogues with him for hours. And we have really not felt the need
for sex at all since we entered our late 50s.

Maybe a drunken New Year’s Eve or some salacious show which egged on our progesterone and testosterone levels would be the reason for a tired tumble in the bed.

I am out with my friends at a mall. While I am choosing cooking oil for lowering cholesterol, my friend is checking out the latest condoms near the medical counter. 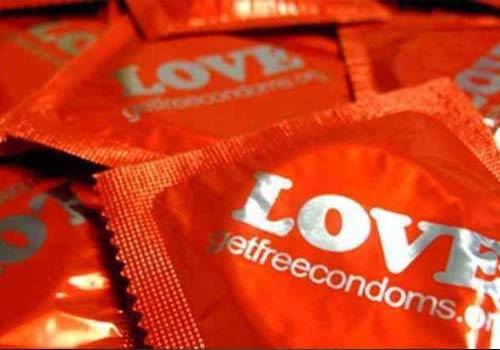 “Why are you checking out condoms?” I asked her. “Aren’t you passed the conception age for at least 100 years now?”

“Haha,” she laughed. “But, you know, all these latest flavours are very tempting.”

“Seriously, do you have a young lover?”

“You mean to say you do it still!”

I sighed. How do some women have all the luck?

He was probably on Viagra.

“Chalo,” I thought, “She gets her happiness from a bang and me from Botox and shopping. Not a bad exchange,” I grimaced.

I kind of wanted to mention it to my husband but refrained from doing so. Suppose he got inspired and wanted to do it! Which seemed pretty distasteful. I think I had become like royalty. Touch me not.

Or suppose he thought I was taunting him for his lack of libido? He might cancel my credit cards, which seemed horrible and a fate worse than death. I might as well zip my mouth, or I’d dig my own grave.

Ten days later, my friend and I were going out, and she tripped on her Jimmy Choo heels.

She had the same bag that she’d been carrying when she was buying condoms. Her bag opened up and out came at least 10 packets of condoms.

Related reading: Public Display of Affection: How much is too much?

Shamefacedly she quickly put the packets back.

“Hey, what happened to your macho man?” I giggled, “Or are you buying them to put in your showcase?”

I wrote a number on a tissue paper and gave it to her.

“The number of psychiatrist for people who live in an imaginary world.”

I laughed and said, “Why don’t you write a novel, you have so much imagination!”

“How many people are you planning to tell about this?” she asked.

I laughed and said, “Only one, but if you treat me to red wine, I will think about it.”

And then we collapsed with laughter and said, “The same pinch!”

She said, “I just wanted to turn you green; you have been looking too pink lately.”

I still haven’t told this to anyone. I might tell with a no names clause, and I am so looking forward to red wine and cheese at her house!

How To Make The Best Of Sex In Your 40s?

5 Common Reasons Why Couples Stop Being Intimate – Try These Tips!