The Promise of Marriage Honoured, in Sickness and in Health

Vee was probably the youngest in our group. Joining an NGO working for children with disabilities soon after my husband’s posting to Kolkata, I had been drawn to her from the start. Warm and helpful, she exuded an air of gentleness. Introduced to three of her colleagues with whom she was close, the five of us became good friends. Lunch together every day was the time when we exchanged personal news, sharing our joys, halving our sorrows.

My first meeting with Vee’s husband was during a seminar organised in our institute. Around my age, as I learnt later, he looked years older. He had a slow gait and pronounced stoop, and walked leaning heavily on a stick. Knowing I was Vee’s carpool friend and lived close to their house, he invited me to drop in with my husband for a drink. Something we did within the next few days—my husband is one of those friendly souls who love socialising and meeting people. Fortunately, the two men got on fairly well and we began to drop in once in a while.

Vee’s husband enjoyed the company but their social circle had reduced over the last few years, resulting in Vee spending more and more time at home though she loved going out.

Years ago, they had enjoyed a brief courtship prior to the wedding after their initial meeting arranged by relatives. However, the fact that he had a progressive genetic disorder was something he omitted to mention before marriage.

Related reading: She’s in love with a schizophrenic man

The first signs of trouble reared its head barely a year later. As the aches and pains increased in intensity, Vee was shocked to discover that her husband had ankylosing spondylitis. Tending to run in families, it was a disease inherited from his father. Though most people afflicted with this illness continue leading reasonably normal, productive lives, he was not one of them. As his physical condition deteriorated gradually, he was constrained to stop working and remain at home. With no regular income, money became an issue. 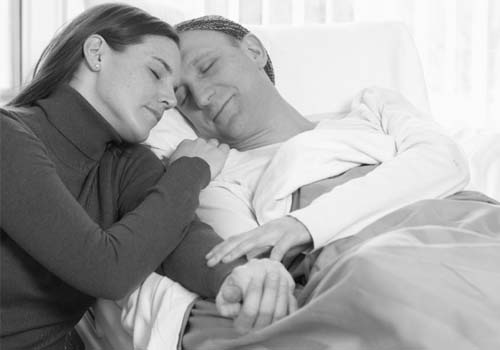 Devastated at first, she slowly accepted the situation. An unforeseen accident could have also incapacitated him, was how she rationalised it. Not once do I remember her blaming her fate or wallowing in self-pity. A trained psychologist, she started working in an organisation where we met. Her husband had excellent language skills and she encouraged him to dabble in freelance work—content writing, editing—something he managed easily. But suddenly one day, he stopped without any plausible reason. As depression compounded with negativism set in, he became increasingly difficult.

Related reading: Until she left

Despite being pleased when Vee became the principal of the school at our institute, he made no effort to relieve her of any responsibilities on the home front. He even refused to do what merely required a little supervision—something he could have managed quite easily. Consequently, despite her killing schedule at work and private tuitions at home to supplement the income, she had to take full charge of running the house.

The daughter they were blessed with had grown into a responsible teenager, but Vee found her husband metamorphosing into a rather stubborn child. Coping with his irascible temper, she would coax and cajole constantly. Despite being advised to go in for hip replacement surgery, he obstinately refused for years. He finally agreed only after his condition deteriorated significantly. Perhaps he left it till it was too late, as complications occurred and the recovery hoped for did not happen. Since Vee had been very insistent about him going through with this surgery, he blamed her completely for its failure.

Growing fatalistic and bitter, he persisted in doing everything he was advised against. Overly possessive, he became reluctant to let her have a life of her own. Rarely were Vee’s outings just for pleasure.

In an age when divorces take place on the most flimsy grounds, this option never occurred to Vee. I don’t recall hearing her ever complaining or lamenting her fate. “For better or for worse… in sickness or in health… to love and to cherish till death do us part”; Vows to this effect are exchanged when two persons enter matrimony. Promises not everybody can honour when misfortune actually strikes.

Love and devotion comes easy when times are good. But coping with a partner’s chronic illness requires a different level of patience and caring. Of enormous tolerance and dedication. Not many of us are blessed with that capability.

Vee’s husband was bedridden for almost five years. The last couple of months were particularly agonising before the end came as a merciful release from pain and suffering. He was in his early 50s. Vee was by his side when he died.

Saying ‘I love you’ through grocery lists, bills and milk cans

Really touching. Such wives really to be admired and shown gratitude for.their selfless service with love in to days age.