The everyday struggle of being a single woman in your 30s

‘Able-bodied women’ is not familiar or accepted in India, neither in law or in the society. Women can go into space, but in general their life is not considered complete unless they are married and have kids. A single woman of 30 may become the CEO of a multinational company or a world-renowned actress, but would still be considered lacking.

But don’t get me wrong; India is a progressive country. At least it was, until a few years ago. Unlike America and England, in India woman didn’t have to fight for their voting rights: We always had universal suffrage. Domestic violence laws and marriage laws have always been in favour of women, unlike most countries in the world. Women have an equal right to work and equal right to property which is ensured by the constitution. Women’s education is facilitated
by a number of scholarships and fellowships provided by the government.

While our constitution is just and balanced, our society is stuck between tradition and modernity: the concept of the place of the woman is complicated, to say the least. That is why certain things are expected of us, which are in no way required of us.

Your biological clock is ticking

Women are not equal to wombs. We are not born only to give birth. While those who want to do it are welcome to it, those who don’t should be cleared of that duty. We have other things to do, other important things: which may include dying for the country as a soldier in the Indian army, while we are not busy giving birth. Because adding to the population cannot be our only choice when the current population is about 132.42 crore. Kids will look after you in your old age

That’s another excuse given to women over 30 to push them towards having kids. But it is not practical. Any kid born in our 30s will be a teenager during our 50s: still a student and completely under our care. It is simple maths.

I remember standing in a smoking zone of a restaurant and smoking while this old lady comes up to me and says smoking is injurious to health, especially for women. When I asked her why is it especially for women, she said because I would be bearing children. I asked her what if I don’t want children. She said it doesn’t matter what I want because my husband obviously would. And I said, what if I don’t get married: She exclaimed and said, “Who will look after you, dear?” I said, “I guess, it will the nurses in the end” and walked away.

It’s high time you settle down

My friend Chandrima came back from America a year ago. She worked on Wall Street and now she has opened her own firm. From there she had a meteoric rise and now is well settled. I went to her birthday dinner and found a family member badgering her to settle down. This particular family member, a widow, doesn’t have any property or money to her name and is completely dependent on her kids. She was married in her teens and that’s all that happened to her in her lifetime. Why do elders want us to make the same mistakes?

Every girl needs a family

First of all, human beings are social animals and it is not just ‘girls’ who need a family. But the truth is, family doesn’t end with blood, neither does it begin there. Even single people will have their own world with friends and colleagues, who matter more than family sometimes. Marriage is not essential to have people around you who love you.

Are you a lesbian?

Just because a woman is single and not married doesn’t mean that she is a lesbian. Marriage isn’t the only normal thing for women, neither in our culture or our religion. Women have been known to devote themselves to God and remain spinsters forever in their dedicated duties since the ancient times.

Women also choose to remain spinsters for taking care of and providing for the parents, as single children. That choice was always there and society cannot take that away from us now. And for the record, staying single does not readily mean we are all lesbians. 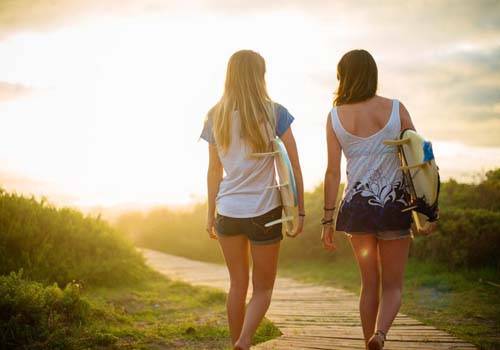 Only marriage can provide for woman’s every need

If you are a single working woman in your 30s, you can already provide for all of your needs. And if someone comes to talk to you about other ‘special’ needs that can ‘only’ be satisfied in a marriage, tell them about Tinder and other similar apps.

“Having another woman in one’s life is part of success,” her husband reasoned

They are a couple and there’s me. Yet our three-way relationship works!

Woman have to survive a lot in this society. Yes that is true. But the things mentioned here also happen with us, the boys. At 30. if we are not married, we find ourselves stuck amidst an ocean of questions. QUITE RELATABLE to me

“Why Do I Attract Married Men?” Here’s The Answer…

12 Signs You Have Found Your Soulmate