Thirteen is lucky for us 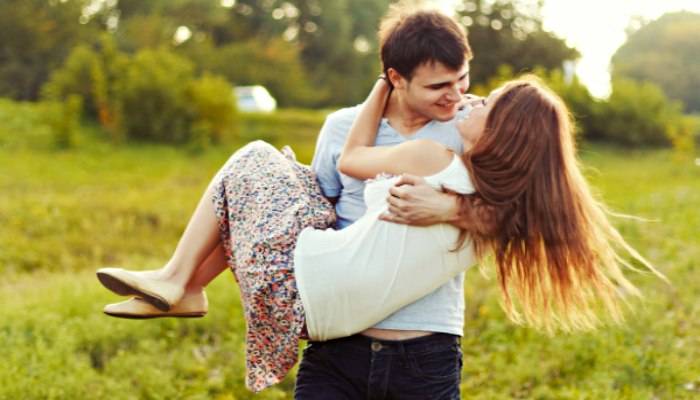 Thirteen years and we still have days when we fight and days when we don’t. Perhaps we haven’t grown up? What has kept us together? It’s a lot of understanding, other than the love we share.

This is not the first anniversary which I am spending alone without him. He wants me to celebrate. But it’s an anniversary, not a birthday which I can spend alone! But again, I know he feels bad because he has to be away. But what can a working person do? Work is more important.

Related reading: There should be lots of honesty for a long distance relationship to work

Especially when he is the sole bread earner of the family. Though his parents are not dependent on him, everyone in the family knows he is there to shoulder the burden. He never went and spent extravagantly, just because he had a decent salary to spend. He always knew that he had a wife and son to support, and of course ageing parents who look to him in case of an emergency.

So this young man has always been the elder son in the family as soon as he was out of college as far as being supportive is concerned. With several offers for jobs abroad, it was the easy getaway. But again, he took the hard decision of coming back to his parents. I don’t know how long he will be able to continue in this city. But even if he doesn’t, I know he tried hard. Sukanya with her husband

When I first met him in school, he was the annoying, talkative smarty in class. Then gradually I understood that he had a different side to him.

(Little did I guess though that he would be the conservative type.) We had been good friends for a long time. He was definitely the good boy who never stayed out late or bothered his parents too much. Sometimes we did make fun of him, but now I realise how lucky his mom was. I hope my son grows up to be like him.

After 6 years of friendship we decided we would love to spend our lives together. We had good times after marriage when we moved out for 3 years on a job project. Our friends still say that that was an extended honeymoon which we enjoyed. Then we moved back again when our little bundle of joy came. My life revolves around him and sometimes I do forget that the dad might be lonely. But he supported me in staying at home with my son, giving him all my time.

He has never been the one who will you bring you roses for your birthday or a fancy gift (That does not mean he never gave me gifts.)

But giving a specific gift for an occasion has never been important. And I am still trying to teach him to do that, even knowing he will never learn.

Initially I did have problems, as he was not around when my son was sick or I had a situation to handle. But gradually I learnt how to cope. This has made me more independent. And he has always supported my decisions.

One of the best trips we ever had in recent times was our 2-day trip to Chennai, when he had gone to get his visas. We had never gone on a holiday on our own. And specially after our son came, we usually travelled in groups.

We always thought that was more enjoyable. But this trip was different. We went out for drinks beside the pool, sat for hours with nuts at the beach and strolled on our own.  I loved every bit of it and realised that he has always been like this. And I liked him more because he was not the mushy type. (That’s odd, right? Because usually girls do like their boyfriends or husbands being romantic and giving out fancy stuff.)

I write this to tell you that I am really fortunate to have you by my side. A very happy anniversary. They say that 13 is an unlucky number, but it has been wonderful for me. I am sure we will see some awesome years ahead.

A stay-at-home mom, love to read and recently grown a knack for writing. Love to hang out with friends and travelling. As we grow older there are many relations which just fade away. And some become stronger. Love to hold on to those for ever. Will try to reflect these relationships and their bonds in words.

I love this very honest, soul searching article on marriage that questions the “romantic gestures” that we are able to see as opposed to the ones that we feel ..Happy Anniversary to you and Rono

Email : [email protected]omPARTNER WITH US