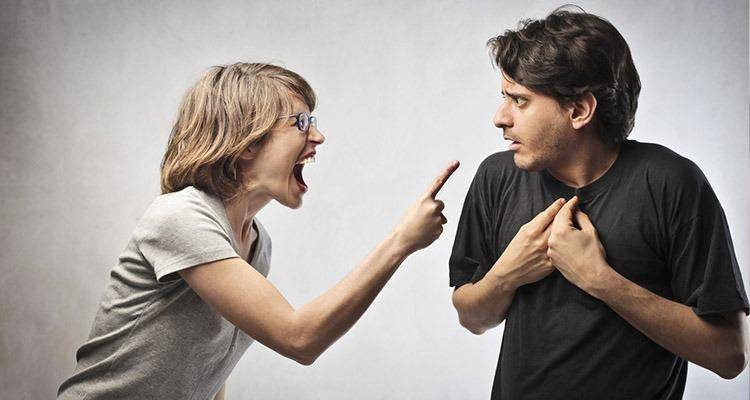 I was too exhausted to think of what to make for dinner that night. So I asked my husband, who was sitting in the living room with his legs up on the table and eyes glued on Clash of Clans, what he would suggest.

“Mm… whatever you want.”

But I was too tired to know what I wanted. So I asked him again.

“Think of anything that takes less time, na!”

Isn’t he just the best husband, ever? Well, I certainly didn’t think that, because not once during this conversation did he shift his gaze from the mobile. I’ve been married to him long enough to know that he was cutting the conversation short to fight in peace. But like any other wife who’s a homemaker by day and night and writer by afternoon, evening, sometimes late at night and most often in nightmares, my husband’s laid-back monk avatar irked me. So we fought, again.

I’m not sure if it happens with every couple, but when we were dating, my then-boyfriend and now-husband and I hardly fought. For somebody as headstrong and moody as I am, it was too good to be true.

Till we got married. Then three years and hundreds of fights later I came to two great realisations.

1. The importance of having arguments in a relationship is subjective. I know a couple who really enjoy these nok-jhonks. They fight furiously and make up even better. Whereas both me and my husband are the forever last benchers – shy, peaceable and timid. We don’t enjoy fighting, but it’s human and everyone has bad days, right?

And 2. Most fights stem from deep-seated anxiety and depression. Whenever I’m worried over my work or the health of my old folks back home or how I’m losing control of life in general, I tend to overemphasise my husband’s usual clumsiness that I actually fell for in the first place, and I start picking on the smallest of matters.

Watch this video: Weird things all couples fight about

And the reason why?

So one day I decided to stop acting like an old married couple and looked for the reason why I tend to lose my temper these days, even though I know not everything requires my attention and harsh words. So I started keeping track of my mood to find out why it changed so often and so fast. For example, my husband rarely keeps his clothes or towels in the right place. There are days when I ignore the mess and let him pick it up later or do it myself without much fuss. Then there are days when I feel like my head is dipped in boiling water when he forgets to put the door chain lock on after coming home. I needed to know what makes my OCD go crazy.

Take our quiz: What will you and your partner fight about?

The answer was in fact blowing around my calendar and I didn’t know it yet. It’s our old nemesis, PMS.

Moreover, my existing PCOS makes hormones go even crazier and if my husband forgets to take out the trash one of those days and reacts casually when I confront him, then God save him. It’s still silly yet totally normal to fight over it, although I don’t like the atmosphere of our house when we fight.

I’ll tell you a secret

So I made him sit down the other night and explained him how hormones go unruly and how I couldn’t help it. I told him that in order to avoid the everyday squabble he must try not to infuriate me, especially during those days, and if he does then he is the one who has to patch up.

“Finally! Life will be a piece of cake with this information,” he said and set a reminder on his calendar for the next month’s drill. Then he went back to his Clash of Clans warzone even though I was not done talking.

A faint annoyance climbed through my spine, reached my head and made me glare at his mobile. Of course he was too occupied making his virtual dragons loot virtual gold from a virtual opponent clan to look at his about-to-get-furious wife. But I told myself to be a wise lady whose hormones are under control and sleep on it. So I did.

But will he live up to his end of the bargain? I can only confirm next month.

Why women crave sex during PMS/periods

Ankita Banerjee has worked in academia and media before switching to writing full time. She\'s traveled to the Scandinavian countryside, French Alps, Dubai sand dunes and the and of Kiwis for inspiration and adventure. Now she lives out of her suitcases in Pune, India with her husband and an adorable Fido.

That was a beautiful insight!

5 excuses to not make chai for husband!