United By Love – Divided By Gender-Roles In Marriage 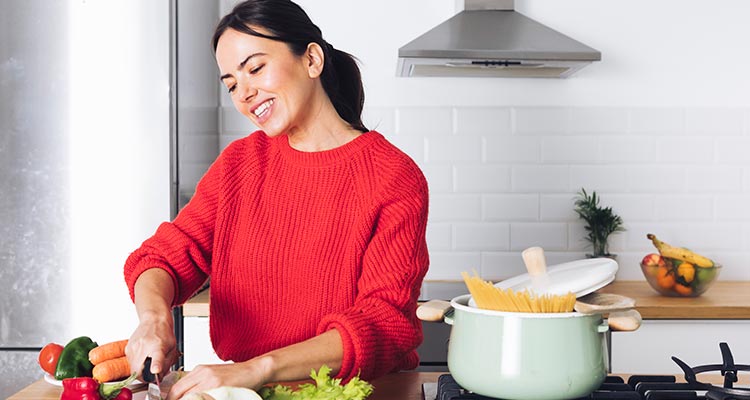 Who doesn’t love a vacation? But when they are streaked with unnecessary worry, preparation involving cooking and freezing meals for all the days of your vacation, or phone calls asking where a regular item in the house is kept, it stops sounding like that much of a vacation. Being crushed under the increasing weight of gender roles in marriage is clearly no fun. And no amount of love can make up for it.

Getting Introduced To Traditional Gender Roles In Marriage

It happened to me when I was newly married and had been living with my husband for about three months. And then I had to be away. For three weeks. To finish off my graduation ceremony in a different city.

Until we got married, my husband had been living in hostels and with roommates for nearly 10 years and was very comfortable eating outside. Every day. He loves food. And he could not live without his Arby’s. So his food outside can get sumptuous often. Add to that the stress of his job and self-created odd long hours. It’s no surprise that he had been freshly diagnosed with high cholesterol. At 29.

Naturally, I was worried about going away and leaving him by himself. I repeatedly told him to cook at home for the duration I was away and eat well. Avoid the junk completely. The fried food, the deep dish pizzas were going to do him no good. And I was happy to hear that he did eat at home at least for a few days.

So it was just a worry about his food and health but that led to the question – why should it be so difficult and worrisome for wives to take a vacation for a few days when husbands have been gifted with all the faculties that are needed to be engaged in cooking and taking care of themselves? That’s where the problem of traditional gender roles in marriage began to creep up on me.

Even doing the laundry for that matter. Or vacuuming the house. Cleaning the bathrooms. Choosing furniture and upholstery. Deciding the décor. None of these activities that are essential to running a household is dependent on gender-specific faculties. And yet, most of these are usually gender-divided by social definition, completely brushing aside the idea of gender equality in a marriage.

Women are the queens of most households and the men usually don’t even know where to find the washcloth in the kitchen. Women organize the meals, the feasts – they do it all. They decorate the house too. They may give out instructions and the men may ‘help’ them. But it’s women that run the house, right? They’re in charge. This is the problem with gender roles in relationships.

I wanted to turn around these roles in marriage

As jarring as these gender roles in marriage are, it does not mean that we cannot bring about a change. We decided to consciously change these gender stereotypes in marriage after my trip to Kansas was riddled with worry about whether my husband was eating well, and many other realizations about how a gender-divided household might fall apart if one of us was away even for a little while.

Missing socks/ties/keys/screwdrivers/bulbs anyone? It debilitates both partners to have a hard gender divide in the house and we felt strongly about it. So we decided to try and build an equal household. Not a female-led relationship but one that is built on complete equality.

Goodbye To Gender Roles In Marriage!

Whatever needs to be done gets done by the person who notices it. No hang-ups about something being feminine or masculine. As far as our household is concerned, we are its two owners and we do whatever is needed to keep it in good shape. More than upkeep, it is critical that both partners know the workings of everything in their life together – at home or outside.

No one is helping anyone but both are maintaining a good work-life balance. Because that automatically excludes one person from being a complete part of the household. We are two equal partners in an equal household. The winds of change are surely blowing in many quarters, driven by need. We are hoping to be the drivers of change in our marriage instead of having it be forced on us. These roles in marriage are not going to work for us anymore.

So now we pick the décor together, something that resonates with both of us. Choosing how a home looks is no more the role of a woman in a marriage. It is something that we both do together. When we move, we set the house together, every drawer in the kitchen, every shelf in the house, so that each of us knows what is where.

It surely takes time in the beginning but it works like a charm afterwards. We cook together but it is not uncommon to see my husband cook for the whole day frequently if I am working on something, and now when he cooks he is never hollering at me to ask where the spice/ladle/can-opener/anything else is.

Similarly, I don’t wait for him if a piece of furniture needs fixing. Sometimes I sweep and mop, sometimes my husband does. There is no such thing as a husband’s role in marriage anymore so I change a bulb myself if it needs to be done. I also don’t feel overwhelmed at all the things that need to go into keeping the house running like a well-oiled machine. Making life effortless takes some effort in the beginning.

By doing things as needed by whoever notices them, we hope to get to a stage where no one feels the pain of it or is bound by these roles in marriage. We also hope that it gets us to a stage where one of us will gladly and capably take over everything when needed because our partner does so much for us at other times by just being a complete equal.

How Does Feminism Benefit Men