The biggest tragedy of love marriage is love drying up – literally! When a madly-in-love couple, who can’t keep their hands off each other for a moment, decide to tie the knot, there can’t be anything more fascinating than love.

Yes, it’s true even in a love marriage love comes with calculations of financial security, status, class and caste. The socialized couple is careful enough to make the best choices. There are others who go against the tide, against society, against family to marry the love of their life. The concept of a love marriage is you fall in love with the person and love him or her so much that you spend the entire life with him or her. There is romance, there is compatibility and there is pure love – a love with which you want to sail across your entire life holding hands. Related Reading: Love Marriage In India: 10 Reasons Why It Is Successful

The Biggest Tragedy of Love Marriage Hits You

Everything is hunky dory till the honeymoon and then the struggle begins. In India the struggle is harder because you have two entire families involved in your marriage. Even if you are living apart and established your own home it’s not surprising if the husband’s father keeps a tab on his finances and often picks up money from their joint account.

In the modern era a wife’s family is equally intrusive and dominating because they want to know that their pampered daughter is getting the best. So don’t be surprised if the wife’s mom sets your breakfast and lunch menu over a morning phone call.

The greatest tragedy of an Indian love marriage is parents from both sides are not willing to let go and let the couple have their own independent life. The interference leads to skirmishes between the couple which starts eating into love and finally reality hits the love-struck couple with a thud. In love marriages expectations build up far more than arranged marriages because the couple date for long and then discuss their wishes and aspirations. So as soon they tie the knot they get down to fulfilling those dreams but it does not happen that way always. That’s when love suffers.

Nishant and June had decided that the first thing that they would do was to move out of their joint family and buy an apartment. After the wedding because of family pressure Nishant kept stalling their apartment dreams. They are now married for 10 years and Nishant has done everything else – taken June on world tours, started a successful business and has been a good husband – but he has not yet bought the apartment. June feels disappointed despite all Nishant’s efforts. She wanted a home of her own, a small longing that June feels Nishant could not fulfill.

When a couple is dating whatever time they get they spend with each other. But when you are dealing with marriage there are so many other things to deal with. It could start with household chores, taking care of the bills and appliances (maintaining appliances in modern homes is actually a separate job) and then there are the children and the elderly.

Life is like a perpetual battle to keep your head above the water and in a scenario like this love does take a backseat. It only comes in rare cuddles and conversations when you are catching up a show on Netflix on the couch.

Related Reading: What’s Life Like Before And After Marriage? It Can Be Hilarious 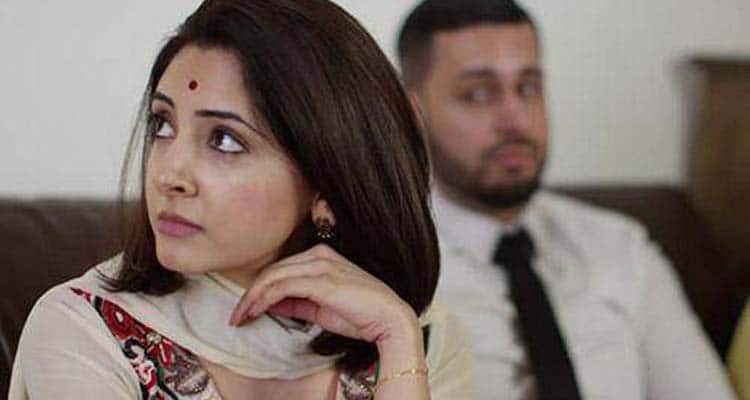 When love is gone from a marriage

The intensity of love dies with time what remains are the embers. Be it in bed or on a long drive together the passion and conversation often become a struggle. Couples who can find happiness in the dying embers and the wonderful memories are successful in keeping the zing alive in their love marriage otherwise it dries up.

There is a common perception that the more a couple bickers the more they feel love for each other. That’s not true.

When they start bickering in public it is clear the death knell of the relationship has been sounded, they are just together because they are too afraid to part ways.

Sonia and Subhen are married for 56 years and whenever they are having a conversation they are always criticizing each other. Either she is complaining her husband is not letting her talk or he is complaining that she is too dominating. They had a love marriage and a massive 50th anniversary celebration but somehow when you talk to them you feel love has long left the relationship. The saddest part of love marriage is when it becomes a drudgery. Two people start off thinking of a bright future enveloped in love but a few years later they feel life has become a drudgery when the morning comes and the night goes taking all the intimacy and love with it. It’s waking up, working hard, doing duties and going back to bed.

The couple loses itself in the middle of this drudgery and they start looking for excitement elsewhere and that’s when extra marital affairs take off.

Rumela has been married for 20 years now and in an extra-marital affair for 3 years. She says that when she finds an old lovey dovey card given by her to her husband on an anniversary, or old photos from their vacation or the photos from the day their daughter was born she feels surprised how her feelings for her husband died over time. Now if he is unwell she would rush to him with medicines but if their hands brush while working in the kitchen, she bounces away like he is a stranger. She can’t imagine sitting or sleeping next to him. The death of love is indeed the greatest tragedy of love marriage.

Do you agree with me? Do you feel love has escaped from your love marriage?