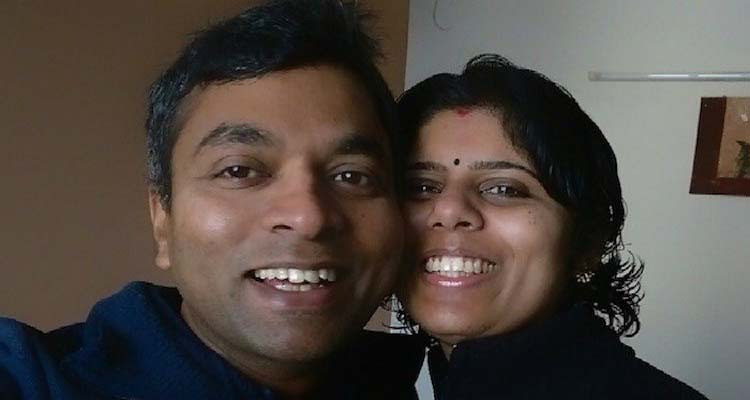 What defines your marriage today? Is it respect, love, convenience?

Jamshed – It is actually a combination of all the three. It started off with convenience because she wanted transport – we were working together in the same office. So she needed someone who could pick her up and drop her back. We were colleagues first, but we became very good friends and started going everywhere together: we even enrolled for our MBA diploma together. One fine day she proposed to me. For her, that was when respect turned to love. For me, it took six months more to realize that yes, this was love. After the day we both figured out that it was love…we must have dated for three years before tying the knot.

So what was the first thing you liked about her?

Jamshed – I’m a very on-the-top kind of a guy. I never get into the finer details of anything. You can even call me superficial. For instance, I would think that, okay, I love my parents, but that does not mean that I must call them up every day. The detail is in calling them up every day and conveying it to them once or twice a month that I loved them. This detailing was missing in my life.  Before she came in my life, I was grazing the surface with just about everything and it was she who started pointing things to me, even when we were just friends. That is when I realized that yes, there was a good part of the action which I was missing. I always thought I was pretty cool, she is the one who brought a mirror to me and said, maybe not. She brought me to ground, in a good way of course.

And what did you love about him?

Rekha – His sense of humour. And he wasn’t a very complex person; he is a very easy going person. I used to have a nice time with him – we used to talk about things, we used to read books together, we used to go to libraries together. And we both come from similar kind of families: as in talking about parents, sister; we were close to our respective families. I could do things with him for the whole day and not get bored. It was a lot of fun being together. And we didn’t have to do expensive things – we could have fun doing simple things too. We could go to a beach and have chai and pakoras; he would sit on the beach and write shayaris on me. We visited all the small yet good hotels in Chennai, on his Yamaha…to, eat out. At the very core, the two of us were very much like each other: enjoying the same things, doing the same things.

Jamshed – I don’t think we are like-minded all the time. I would say that there are a lot of things where we are like chalk and cheese. Our tastes are the same, but we have individual personalities.

For example, if I didn’t have any money saved, I would not be worried. She starts worrying from the moment she gets an SMS from the credit card company that the minimum balance is due. For example, when we bought our new car and the RC book was lying around with the dealer for a month, I didn’t mind. Rekha, on the other hand, would remind me every day. I would keep on telling her that it was much safer being with the dealer than us…but she wouldn’t buy my story. If it were her task, even if she was eight months pregnant she would have taken a cab and picked it up. There are many such examples.

Q But are these differences not important? Or are they an everyday nuisance?

Jamshed – Yes, it is important. Just that many a time I am forced to lie to her.

Rekha – Which, eventually I find out.

Jamshed – For example this RC book – if it had continued for another two or three days, then I would have eventually lied to her that yes, I had got it and it was safe in the car.

Rekha – So basically organizing the house is all my thing, and he does not even interfere and I guess it is very convenient for him because everything is pretty much-taken care of.

Related reading: Getting married and staying married…Tete-a-tete with Jammy and Rekha

An affair that lit up my life