Today, January 24, is National Girl Child’s Day  – a day dedicated to build awareness about the discrimination girls face in the Indian society and how it is important to build awareness about the need for education, nutrition and health. When it comes to women’s freedom India has come a long way but still discrimination against women starts at home. By the time women step out into the outside world to create an identity for themselves in the workplace, the discrimination has been already internalized and sometimes it is taken as a given. The same scenario exists in rural and urban India.

My Story As A Girl Child

When it comes to internalization of discrimination I will tell you my story from a girl child’s point of view. I grew up in a liberal home in a metro in India. We had a nuclear family that comprised my parents, elder brother and I.  I went to one of the best co-educational schools in the city and my parents did everything to give me a good education. I was very good in studies so it was a given that I would have a good career and walk up the ladder of success.

The difference between a boy and a girl

While growing up I never believed there could be any discrimination in my home because I felt pampered and loved. There was no differentiation between my brother and me when it came to educational and nutritional facilities but now when I look back I can make out the subtle discrimination that always existed in our house.

For instance my brother rarely had curfew hours. He could return home at 9-10 pm but my curfew hour was always 5 pm that was stretched to 6 pm when I was doing my masters. That too after much coaxing.

It was not that I was asked to cook and do household chores regularly but wiping the table after dinner was my job, a chore  that my brother never shared with me. So was doing the dishes when the maid didn’t turn up. I don’t think my brother ever saw the insides of a kitchen.

And when it came to school and college trips I was never allowed to go because as a girl I was not safe going anywhere without my parents watching over me. My brother was allowed though. He even went on trips with friends when he was in college, something that was unimaginable for me and neither did I demand that. I was socialised into believing that what guys can do girls always can’t.

Related Reading: A Promotion Almost Wrecked My Marriage But We Survived

It was my final year in college. I was topping my class and preparing for competitive exams. The rishta came. I had thought my liberal progressive parents would brush it off saying that the daughter’s career is priority but they did a sudden volte face. The guy, 9 years older to me, supposedly came from a moneyed family that owned apartments in upmarket localities of the city and foreign cars and what not. He wasn’t that qualified, neither did he have a great job. But my parents were excited because they stood for status and money. So the supposedly precious daughter would have to get married in a hurry because the “rishta” was too good. By the way, they said they would “allow me” to pursue my studies after marriage and maybe even a career. 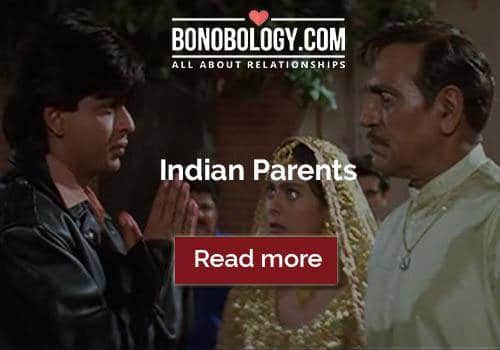 For the first time in my life I stood up for myself, refused marriage and today my parents should be thanking their lucky stars I did so. But usually they don’t, because I am the girl child.

Related Reading: “Gauri Is The Superwoman In My Life” – SRK

I am the bread earner but what’s my status?

I had a successful career and I married the man of my choice, who had a good career too. My brother, left to study abroad. My parents mortgaged their home to fund his studies. He never came back nor did he repay the loan.

My parents lost their home but they live with me now in my apartment. But it pains them immensely to admit that they are dependent on the daughter or the daughter looks after them.

Today I realize despite their liberal mindset I am the girl child at the end of the day. If it had been the son it would have been a matter of pride but when it is the daughter it is a matter of disgrace for them that they are financially and physically dependent on me.

It’s very painful for me when my mother rushes with tea for the “jamai” when he gets back home but when I am back from work she’s in front of the TV and behaves as if I don’t exist. I am like a reality that they don’t want to admit exists.

I make my own tea.

I have never told my parents that I earn more than the jamai or the EMIs for the home loan are paid by me.

There’s no point telling them. It would only add to their agony I guess. I am a girl child at the end of the day. I could be everything but my status will always be that.