How I Made Myself a Home Again After My Separation After I got married, I entered my (then) new home as a bride after a much-delayed late night flight in April 2007. No one gets married thinking there’s an expiry date to it, and like all brides, I believed the old filmi adage “Yahaan meri doli aayi, aur is ghar se ab meri arthi hi uthegi”. I lived in that home for 10 years – set it up, maintained it, hosted family and friends, my sister-in-law’s mehendi and grandfather-in-law’s chautha, cooked umpteen meals in that kitchen and ate on that dining table, played music and held parties. That home was once a happy place. I didn’t know I would have to make a home again after my separation.

However, over time it became one full of tension and silence. We slowly drifted apart, as we both wanted different things in life. We tried to compromise on our respective dreams for the other, but it only made us bitter, angry and more frustrated with each other. Small silly issues became huge fights, with silence reigning in the house thereafter for days. After we finally decided to separate, I decided to be the one to move out, but it took me a few months to find a place which fit my budget and my requirements.

Silence made the distance greater

Those few months seemed never-ending and definitely wore my nerves out. Entering home at the end of a long tiring stressful day at was unbearable. I’d make excuses to myself to not go home, to stay away as much as possible. The maids would come, quietly do their work and leave. No longer did I instruct them to clean that corner or mop the cobwebs or cook something nice. We didn’t really talk, except maybe to exchange a random good morning or good night. He didn’t even know when my grandmother passed away until a common friend told him. He was so used to hearing me cry myself to sleep by then, that he had no idea that she’d been in hospital for a few weeks or that she’d passed away finally.

A home should be a happy place. It’s our shelter, it’s our little oasis in the middle of this maddening world and ours had long stopped being one.

A home should be a happy place. It’s our shelter, it’s our little oasis in the middle of this maddening world and ours had long stopped being one.

I didn’t think it would be that difficult to find a house in the urban jungle where I live, but I was so wrong on that count. As soon as I told brokers that I was separated, some of them refused to show me houses. They would clearly tell me that the cooperative societies wouldn’t accept a single woman, so I could either pay a rent which was well above my budget and live in a condominium, or take a floor on rent in some standalone house in the middle of nowhere which had no security. I had three strikes against me – a single woman, a lawyer and a Bengali.

No one wanted to rent me a house

I saw several apartments, I even paid the earnest money twice only to have it returned to me since the neighbours didn’t want a single woman living there. They probably thought I was going to run a brothel or make a pass at their middle-aged pot-bellied husbands. At one point when I was desperately trying to move out, my ex even offered to sign the lease agreement with me if that was the only way I could get an apartment on lease, and tell the landlord that he worked in a different city. However, I did not want to be beholden to him for a roof over my head.

After a long difficult frustrating search, I finally found a house and signed the lease agreement. The day before I was to move out, my ex and I piled everything (except the furniture and our personal stuff) in the middle of the living room – all our books, knickknacks, photographs, bed linen, winter stuff, crockery, etc. We didn’t let anyone else enter the house that day. We picked through every single thing ruthlessly and divided it up.

Related reading: How I prepared myself and my kids for a divorce

Each thing we bought together was now distributed between us 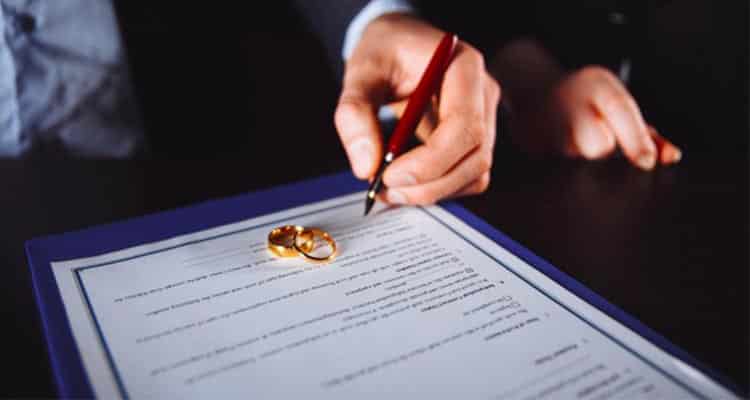 He kept the 2 armchairs he loved + the recliner, while I took the 3+2 sofa set. My ex kept the dining table and I took the TV cabinet. He kept one bookshelf and one bed, as did I. I took 2 of the razais and some of the bed linen that I had lovingly collected over the years, he kept some of it. I kept the wine glasses, and he kept the brandy snifters. We had set up our home with a lot of labour, love and hard earned money. Things which had once held special memories were now formally divided. We didn’t fight, we didn’t argue, we just quietly discussed and decided who got to keep what. It was ruthless, it was cold, it was impersonal.

We didn’t fight, we didn’t argue, we just quietly discussed and decided who got to keep what. It was ruthless, it was cold, it was impersonal.

I moved out with the sum total of 1 double bed, a bookshelf full of my books, a TV, 2 cabinets, a sofa set, a microwave and some sundry crockery. I bought a fridge, got a new gas connection, curtains for the house, utensils, an AC, etc. Thus I poured my entire frustration, my unhappiness, my anger, my grief into setting up a happy place for myself, somewhere where I would be at peace away from all the unending questions and unsolicited advice everyone had.

But now I finally have a home that I love

It took me a while to finally start calling that home, but I’m glad to say that slowly and steadily I’ve created an oasis for myself. I have hosted more family and friends in the one year that I have lived here than I did in the past few years in the house I lived in with my ex. I think there are ways to reclaim and re-energize your home after a divorce. That I’ve made a home where people feel comfortable to walk in, drop by and crash for a night or even a few days, is what makes me happy. It’s not an impersonal, beautiful hotel room that I live in any more, it’s a messy, bright, sunlit, loud-music-playing home now.

How I Prepared Myself and My Kids for a Divorce

Indeed! The last lines are WELL WRITTEN. The part which deals with the division of things among the two was seriously distressing but the ending covered it all. 🙂 🙂

5 Best Places to Visit for Couples in India – Romantic Destinations