A large group of family members wait for the eldest member to sit on the most prominent chair at the dining table. While the young couples are busy playing footsie, the older ones discuss business or current affairs. The coy daughter-in-law serves food, under the supervision of ‘badi bahu’ i.e., the senior daughter-in-law. They smile together, laugh together, sing together, cry together, apparently making the maxim, ‘family that dines together stays together’ the motto of their lives.

Not to forget the endless late nights replete with Antaksharis and ‘Samdhi-Samdhan’ repartees in true Barjatya-movie style. Well, not anymore.

With passage of time, the concept of nuclear family has made the tradition of joint family seem archaic.

And trust me, that’s the best way for relationships to thrive in this age of ‘intolerance’.
Films like Jaisi Karni Waisi Bharni and Baghban repeatedly played on TV depict the plight of ‘poor parents’ being ill-treated by their sons. Baghban has a scene where Amitabh Bachchan chooses to begin writing his novel in the middle of the night with a loud ‘khat-khat’ of the typewriter. The son objects to the din, and Big B feels dejected. In case you missed the father’s emotions, the loud background score underlines the son’s ‘wrongdoing’. 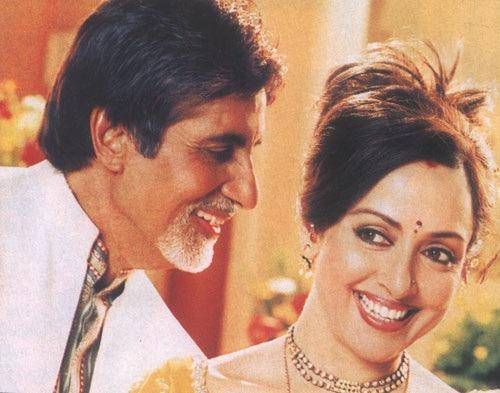 I remember watching a Gujarati play, Dear Father starring Paresh Rawal and Chetan Dhanani, where the father makes sarcastic remarks about his son and daughter-in-law planning to dine at a star hotel at the weekend. The audience chuckled at the scene, talking about how ‘wrong’ the couple were to splurge in this way.

Well, why not? Here’s a couple who slog at the office all day and decide to spoil themselves silly over the weekend. What’s the harm here? Everyone in the audience believed that the son was ‘ignoring’ his father, but what if the son wished to have some private moments with his wife?

The concept of feminism and women’s empowerment has been misinterpreted by our current male generation, who believe that if they ‘allow’ their wife to take up a job, she’s morally obliged to return the ‘favour’, by taking care of her in-laws, cooking food ‘on time’ and to the family’s requirements.

A single slip-up, and she will be judged, termed ‘incompetent’ and even reprimanded in front of everyone, while the husband will look on with a helpless stare or ask someone to ‘pass the curry’. The Wah wah Ramji Jodi kya banaayi family has now transformed into a Main Naagin tu sapera household. Each move of the daughter-in-law is under strict scrutiny and each word she utters translates into a different interpretation.

Related reading: My in-laws asked us to get out of their house

If the son speaks up against the parents, he is deemed ‘joru ka ghulam’ and it’s preferred that he ‘requests’ his wife to give in to the demands of the family and cancel those ‘all-girls alumni get-together’ or that beach getaway with common friends that they had planned a month in advance, just to ‘let peace prevail’ in the household.

Despite having the urge to help his wife with the household chores like cooking, cleaning or washing the dishes, the son often is either ridiculed or branded henpecked, when he’s just trying to help his wife achieve balance between her personal and professional life.

Times have changed. Earning money is no longer about survival, but also raising one’s social status. For each job position, there are multiple incumbents waiting to prove their mettle, rendering you dispensable. Each day, you need to prove that you’re worth your paycheck.

A wife who supports you to shoulder your financial responsibility deserves the same kind of privileges that every breadwinner worth his salt enjoys in a joint family.

Alas, it remains a pipedream for newlyweds and the only way to avoid the daily scrutiny and arguments is to move out. They still support the parents and grandparents by sending them money regularly and visiting them over the weekends. This middle path keeps the family together, despite not ‘dining together’.

Related reading: The prevalence of the ideal daughter-in-law stereotype

Thankfully, films like Piku reflect the fact that parents too can be a hindrance for their kids’ growth and well-being without realising it. The current trend of nuclear families finds its roots in similar experiences of seeking a middle path, though the couples might not admit the truth. ‘We just wanted our own space’, is a justifiably honest response and the most prudent decision to let relationships thrive in such intolerant times.

PS: The writer of this article has just moved into a new home with his wife because ‘they want their own space’.

I agree with you n what does other thinks about u nothing matter but one thing needs to be clear in both of you that after taking this decision r u both happy?
if ans is yes then this is ut great move but if no then u need to rethink about ur decision

Got a nice Bollywood feel to it! I get your point but Nuclear families are becoming extinct nowadays because of a couple’s misbelief that they would not be able to exercise their freedom. In its stead a couple should try to explore family life by being a part of the nuclear set up. It’s the fast-paced nature of modern life that has shrouded the concept of a nuclear family. Given a little bit of time, the problem of space and independence can also be eased.

I tend to disagree here. Everything is up to the couple and not the amount of space available or not available to them.