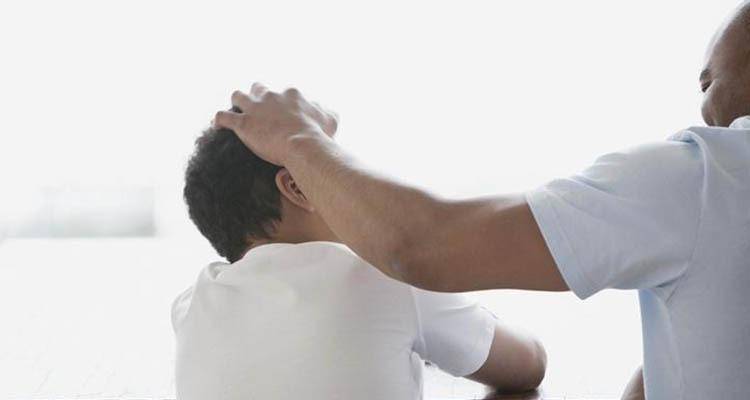 The first time it happened when our eldest son was eight years old. My husband removed our son’s shorts in our living room and touched his penis. He thoroughly examined it. Our son felt very embarrassed and ran to his room. I had never expected such a bold act from my otherwise shy husband. I told him that our son was embarrassed. He responded that as a father he had to check his son’s development. I watched my husband’s expressions in utter shock. They were not those of a father checking the development of his son, but someone who was amused by the act. I knew right then it was wrong.

We have two sons who were aged eight and five then. He visited their room often and played with them, but I had an eye on their room every time he went there because he always fondled the boys in an inappropriate manner. I raised the concern with him, but he kept accusing me of being very narrow-minded.

Related reading: I confided in my parents about being abused and yet they did nothing

Two years of keeping an eye on them

I was thoroughly disturbed as his acts continued for two years in a disgusting manner and he began this with the second son also. Our sons slept with us and I noticed that he fondled them both at night. So the first thing I did was to shift them to their room together. I was in a dilemma, as I had to educate them that their father was wrong, and I had to be strong when my second son started enjoying the fondling. I’m a doctor, and when I talk to my sons I can talk from an academic point of view, but that also meant their father was doing harm to them.

I read good articles on parenting and lifestyles. I’ve thus read so much about the importance of teaching our boys what NOT to do. Yet I read so little about how to simply raise them to be emotionally involved/aware, conscious, respectful of themselves and others, and well versed in consent that I sometimes feel left in the dark. I know that with fondling from a father it should always be a NO from the child.

Related reading: Childhood sexual abuse left me with shame. Until love and acceptance freed me.

I’m determined to raise sons who are self-aware

But how to educate my husband about this boundary was my problem, because he is, most of the time, closed to communication. He never looked at any other boys or men or had issues with sex life with me. We had a gardener who was a young boy. To be on the safe side, I dismissed him. I also knew the boys were not seeing a good role model at home. In the face of that, I was absolutely determined to do my part to raise boys who were proud of who they are, aware of boundaries, curious and questioning about themselves and the world.

I was absolutely determined to do my part to raise boys who were proud of who they are, aware of boundaries, curious and questioning about themselves and the world.

This is what really got me. One weekend we were all on the couch and watching the football match. The father and sons were wrestling for their respective teams. My husband then “flicked” my son’s private parts, and he was enjoying it. He had an immediate erection. My older son moved away immediately. Everything before me was wrong. The father fondling his son, the son enjoying it and the older son running to safety. I was shattered, as my home lacked safety. I told both of them that it was inappropriate. My little boy became shy and I told my husband to lead by example. He just laughed it off and went to his room. 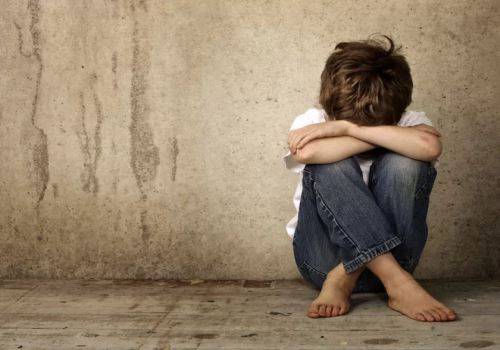 Young children are vulnerable and curious

I don’t know if I’m being paranoid and I’m just taking them out of context. Maybe the erection was random and coincidental, but what if it was a response? Seven-year-olds are very curious and aware of their private areas. I know this being a doctor. My husband is a conformist and thus his ideologies are not flexible and he doesn’t accept others’ points of view. The way he is handling these things is just very inappropriate and immature. It makes me uncomfortable and angry. I’ve been on penis patrol in my own home for the past two years. I also wish to take him for counselling as I feel there is something really wrong with him. But to him, counselling is for mentally sick people. According to me, fondling your sons is mentally sick.

Related reading: In the wake of the recent rape cases, I am often confused as the mother of a young boy

For a mother and wife, it is tough

As a mother and wife, it has been tough on me, because I know my husband is wrong and I have to take a tough stand against him. So I have started working on my sons to make them draw the boundaries. My eldest son, who is ten years old now, clearly stays away from his father, while the younger one is still confused. For me, all of this is the beginning of planting the seeds of consent. It is about teaching my sons about their bodies and truly whatever bodies they come into contact with.

The elder son has also stopped talking to his father and doesn’t stay home while his father is alone at home. His decision is to move to a hostel next year, which I also think is the right decision. But then, what about the younger one? I know as a mother I’m taking the easy way out and sending my son off to hostel rather than correcting my husband.

I’ve decided to deal with my husband strongly after the older son goes to the hostel. I know it will be tough on my marriage, but now as a mother, I have to seek the safety of my sons. Let my husband decide what he is willing to do.

Note from the counsellor Jaseena Backer: This was the story of a doctor-client from Patna. She has acted and responded in a very mature manner. She was able to identify the abuse of her sons. She’s tried her best to change her husband’s thinking while setting boundaries for her children. She knew she needed a better role model at home. She has finally decided to send one child into safety and then work strongly on her husband.